The communists were incredibly successful in infiltrating the Church; McCarrick was one of their men

Hello everyone, and welcome to a Church Militant special report coming to you from Rome with some potentially explosive news on day one of the Vatican's sex summit.

This summit has been assailed as a phony sideshow by homosexual clerics attempting to hide their own homosexual network, chief of which had been Theodore McCarrick, who the network protected for decades and in many ways is the entire reason for this meeting.

But there now appears to be much more to this story than just the homosexual angle, as large as that still looms.

Beyond his horrendous evil of homosexual predation for decades, Church Militant has learned exclusively that McCarrick may also have been clandestinely trained by Soviet Communists here in Europe during his younger years, making him effectively a Communist plant in the heart of the Church.

Through a back channel, Church Militant has obtained information from former Communist personnel who were instrumental in setting up a secret network of indoctrination and training centers throughout Europe in the aftermath of World War II, and their information directly implicates the involvement of Theodore McCarrick.

A little history to set the stage first: When Stalin gained control of the former Soviet Union in the early 1920s, he set about plans to cripple the influence of the Catholic Church in the West, if not completely destroy the Church — all part of communism's plan for world domination and warned about by Our Lady in Fatima in 1917.

A key component of the plans involved infiltrating seminaries with young men who would work to undermine the Church's teaching in the area of morality.

This was testified to on multiple occasions by Bella Dodd, a high-ranking member of the U.S. Communist Party. She herself claims to have orchestrated the placement of 1,100 men into U.S. seminaries.

These men, she said, following the dictates of Stalin, were immoral men, a large number homosexual. Dodd's testimony is important because not only is part of the infiltration plan revealed, but the nexus between communism and homosexuality in the plan. The plan, however, was not contained to the United States.

As the Iron Curtain was collapsing in the late 1980s and early 1990s, press reports began circulating about how Polish seminaries had been infiltrated by hundreds of Communist agents with the information coming from KGB records.

The reality that the Church had been under siege from within for decades shook Polish Catholics to the core. And Poland was not alone. Catholic Lithuania as well saw its hierarchy penetrated by Soviet agents.

And liberation theology was sneaked into Latin America by KGB agents to undermine the Catholic Church through the Jesuit order.

So that covert Communist activity happened in the U.S. as well is no surprise. Particular to the operation was that young men native to their respective countries be recruited so there would be no suspicion about them. This is why various training centers were established in multiple countries.

According to Church Militant's sources, one of those European centers was St. Gallen, Switzerland, where Theodore McCarrick had resided right about 1950. McCarrick was a poor kid whose father had died when he was very young and whose mother slaved away doing menial work to make ends meet.

In a 2001 New York Times profile, McCarrick spoke briefly about his time in Europe immediately following high school in New York City, a hotbed of the Communist Party USA at that time.

Admitting he didn't have any plans for his life at the time, he says "a friend" invited him to Switzerland where he stayed for a year. He gave no details about how a poor kid from New York with no money happened to travel to Europe and remain here for a year with no visible means of support.

International travel in the day was essentially the domain of the well-to-do and was very expensive.

It is from McCarrick's longtime sex abuse victim James Grein that we know the exact location in Switzerland was St. Gallen, and it is from Church Militant's former Communist sources we know that St. Gallen was one of the Communist training centers to recruit young men to go into seminaries and begin eroding the Church.

McCarrick told the New York Times that it was during his year in Europe that he discovered his vocation, pointing to how the history of the Church in Europe to which he had been exposed had been a motivating factor.

McCarrick would have been the ideal candidate for Soviet recruiting: a fatherless young man with homosexual proclivities with no particular ambition in life. He fit the pattern perfectly, especially the homosexual dynamic whereby he could easily be controlled by blackmail.

McCarrick returned from Europe and enrolled in seminary for the New York archdiocese where he was ordained in 1958. If McCarrick was indeed recruited as a Soviet agent to undermine the Church, he fulfilled the wishes of his overlords perfectly.

Quickly ascending up the ranks, he sewed moral, doctrinal and spiritual confusion and harm on every level — not just his seminarian victims and other young men.

Interestingly, the high-profile book by the French gay activist which was just released today here in Rome and has caused quite a stir concentrates a good deal of attention on McCarrick. That's noteworthy because the author worked on the book for four years, most of which was long before McCarrick became the household name he has come to be since last summer.

That means many of the author's contacts in the Roman Curia and the 40 cardinals he interviewed pointed to McCarrick in one way or another as being a key figure.

Presuming that McCarrick was a Communist agent, imbued with Marxist thinking and a socialist world view from his earliest days, it would explain a lot regarding the direction the Church in the U.S. took during his rise to power.

The so-called "social justice" wing of the Church in the United States became dominant under McCarrick, who was a key player in helping form and guide it.

Beyond the Church itself, McCarrick was able to use his influence to secure U.S. government work for three years on the Secretary of State's Advisory Committee on Religious Freedom Abroad in 1996 under Democrat Bill Clinton.

From 1999 to 2001, McCarrick was also on the U.S. Commission for International Freedom — both positions taking him on a dizzying array of foreign trips.

During an award ceremony, Clinton said that the "litany of countries" visited by McCarrick was more suited to a diplomat than an archbishop, a comment made in jest during a speech, but revealing nonetheless.

McCarrick secured the role of Vatican envoy to Communist China a couple of years before his fall from grace and was the man credited for hammering out the Vatican-China deal that many insist was a total sellout of the Church in China.

While these assertions might never be able to be proven, for such is the nature of cover-ups and clandestine operations, they cannot be ignored. There are too many crossovers and points of convergence, the results of which are happening all over the Church and the culture at large to dismiss.

McCarrick routinely bribed and bought favor with multiple curial officials in Rome. He was a predatory homosexual and this was well-known going back years.

He strongly advanced the cause of the social justice propaganda which has dominated the life of the Church in the United States for decades — a movement cloaked in language of love of neighbor, but one which routinely is exposed for its left-leaning politics and association with socialist organizations many of which are spin-offs from Saul Alinsky.

A couple years after Pope Francis was elected, Cdl. Danneels of Belgium, a protector of homosexual predation himself, bragged in public about how a group of socialist-minded clerics had convened in St. Gallen over the years and plotted how to get a socialism-friendly pope elected.

As it turns out, St. Gallen appears to have much deeper roots in socialism than first thought and may have developed into the headquarters for the plot to destroy the Church by co-opting it through the use of active homosexual clergy trained to try and bring about a communist utopia on earth by means of the Church's far-flung influence.

If this is true, and it all rings true given the facts, the McCarrick case must be much explored much deeper than just the superficial treatment of him being reduced to the lay state.

He may very well have been the point man for a Communist infiltration into the Church in the United States and extending to control of even the Vatican itself.

Coming to you with this Church Militant exclusive, this is Michael Voris reporting from Rome. 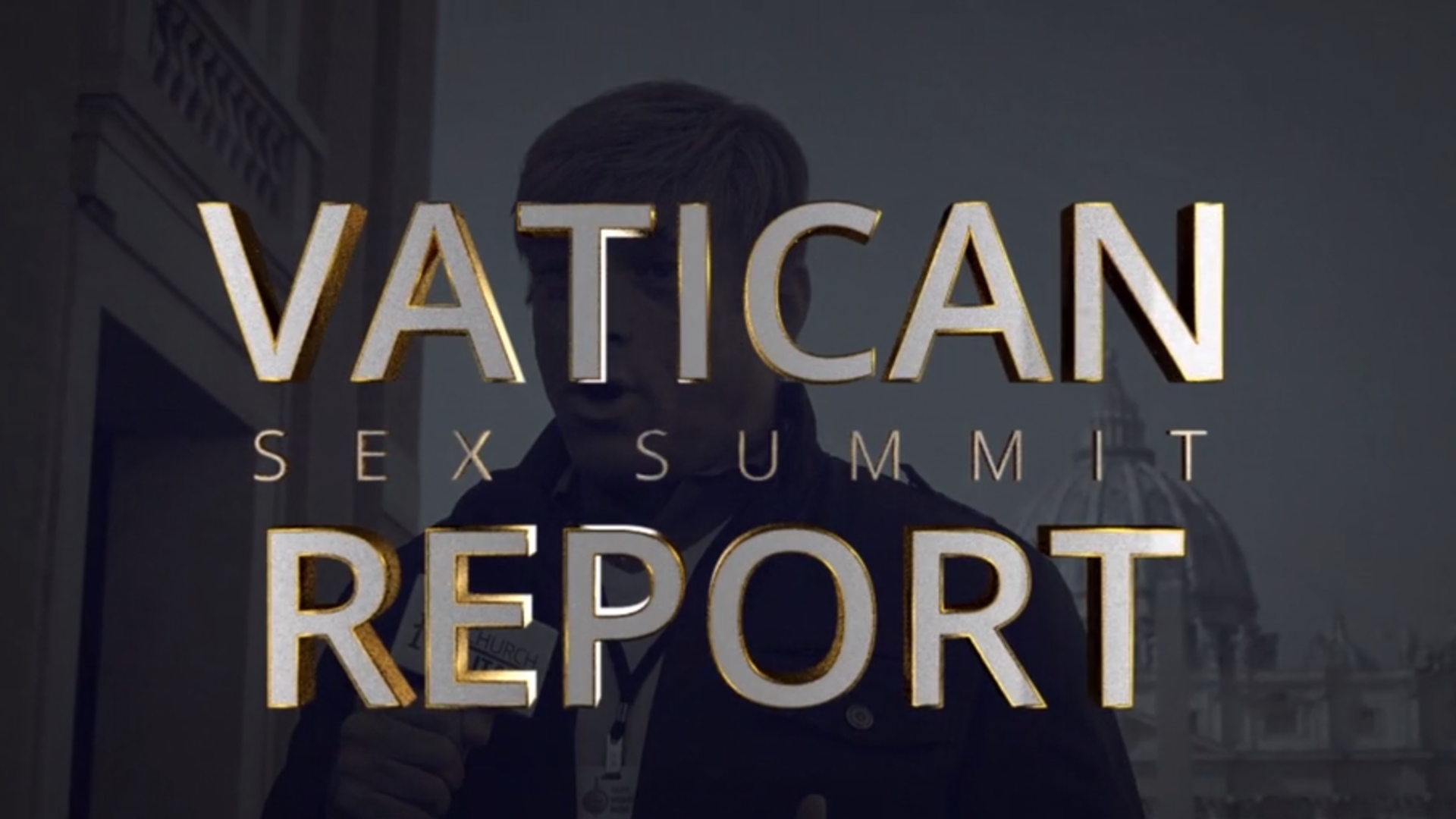