All about mind control.

Which is something we'd like to discuss with you, given the highly contentious news cycle we are sailing into with the SCOTUS nomination hearings and the midterm elections all fast approaching.

Now more than ever, it's important that you stay informed. One of the things we hear all over the country when we go for private meetings or conferences or whatever is this: "I didn't know."

"I didn't know what was going on in the Church."

"I thought I could trust the pastor or the school."

"My adult children no longer go to Mass. We didn't know they weren't being taught anything. Why would we?"

That is a common refrain, sadly, but it is telling. First, it is widespread, and by that we mean, we hear it everywhere we go. We here at Church Militant log tens of thousands a mile a year and, depending on the year, much more than that. We meet Catholics from every walk of life — from influential clerics to the little people who few will ever know or speak to.

And we meet and talk with thousands of them — some for a while, others only briefly, but thousands nonetheless — and everywhere we go we hear this exact same story.

"We didn't know what was happening in the Church" — and their families suffered greatly because of it.

Now, going to a proper lack of knowledge and formation, many families are at war with each other over the very issues which are determinant of eternal life. But, as we have pointed out quite often here at Church Militant, there has been a conflating of forces both within and without the Church to bring about a desired outcome of people abandoning religion — specifically the Catholic religion.

In the Church, various forces were at work — from seminaries being infiltrated by communist agents in the 1920s and 1930s to the embracing of the Sexual Revolution by various clergy and, of course, the devastating effects of the homoheresy coming more and more to light.

But, outside the Church, the other part of the plan was also being activated. People were being "informed" — better stated, misinformed — regarding certain cultural realities. Birth control was being introduced and advanced, no-fault divorce and so forth. It was to a large degree various media outlets that were instrumental in bringing all this about.

The education system was infiltrated and eventually became infested with Marxist ideology and socialist propaganda. Everything seemed to be running according to plan, and then technology took one giant leap forward with the internet and all the plans of the Left had to be suddenly recalibrated.

The internet began leveling the playing field, disrupting the once former monopolies the Left had controlled as a means to control you. Knowledge is king and whoever controls it control the populace. So, when the internet started making all kinds of knowledge available to all kinds of people, things began shifting — and shift they did in 2016.

It became clear in the wake of the carnage the Left experienced in the 2016 elections that something had to be done. It was decided, organically or calculatingly, by the media giants that the sources by which conservatives were able to rally together and get Trump elected had to be cut off or at least extremely limited.

So, after the Left's mauling, they regrouped, and folks like Mark Zuckerberg committed to make sure knowledge was limited so what happened once would never happen again.

In March of this year, he put together a special internal group headed by NBC News former reporter Campbell Brown. Her new role would be head of global news partnerships at Facebook. It is a job whose primary role is to liaison with other liberal media types and rule on which stories are to be passed onto the little people and which ones are not.

They make the determination what is newsworthy and what is not. So, in one sense, the bad guys have once again caught up to the technology and things are reverting to exactly what they were like back in the good old days where there were just three major networks and 90 percent of America were funneled their news through them — and the plan is working.

An extensive and pretty exhaustive study was conducted earlier this year that shows Facebook's plan to limit or eliminate conservative news from your news feeds, while at the same time boosting traffic of liberal stories and viewpoints, worked perfectly. Traffic to conservative news sites as a result of popping up in newsfeeds dropped a whopping 27 percent because instances of those sites being allowed to appear in your Facebook feed were deliberately decreased. Traffic to neutral or liberal sites increased by about 13 percent.

And none of this should be a surprise. Listen to what Campbell Brown said about their work at Facebook:

This is not us stepping back from news. This is us changing our relationship with publishers and emphasizing something that Facebook has never done before: It's having a point of view, and it's leaning into quality news. ... We are, for the first time in the history of Facebook, taking a step to try to define what "quality news" looks like and give that a boost. (Emphasis added)

So there you have it, straight from the horse's mouth. They are boosting liberal sites, which is what they call "quality news" and diminishing conservative news. You can't be surprised by any of this, this is the game of information control that liberals have played for decades, it's just that technology got a little ahead of them and, in that gap, Trump slipped through — Trump and tens of millions of Americans who had had it with the mind and information control.

Church Militant touches on lots of culturally sensitive and taboo topics, and know that if we rely on these guys, especially since they're back on their game, it's lights out for us. So, we are asking you to sign up for the daily newsletter. If you are counting on just waiting for the info to flow to you, controlled as it is by liberals, forget it. You are gonna have to come and get it.

So, please sign up and let us send you our daily newsletter. There are Supreme Court nominations gearing up, the midterm elections heating up, and you don't want to miss any of this, but if you wait on Facebook to get you our info, you might be waiting a long time come the fall. 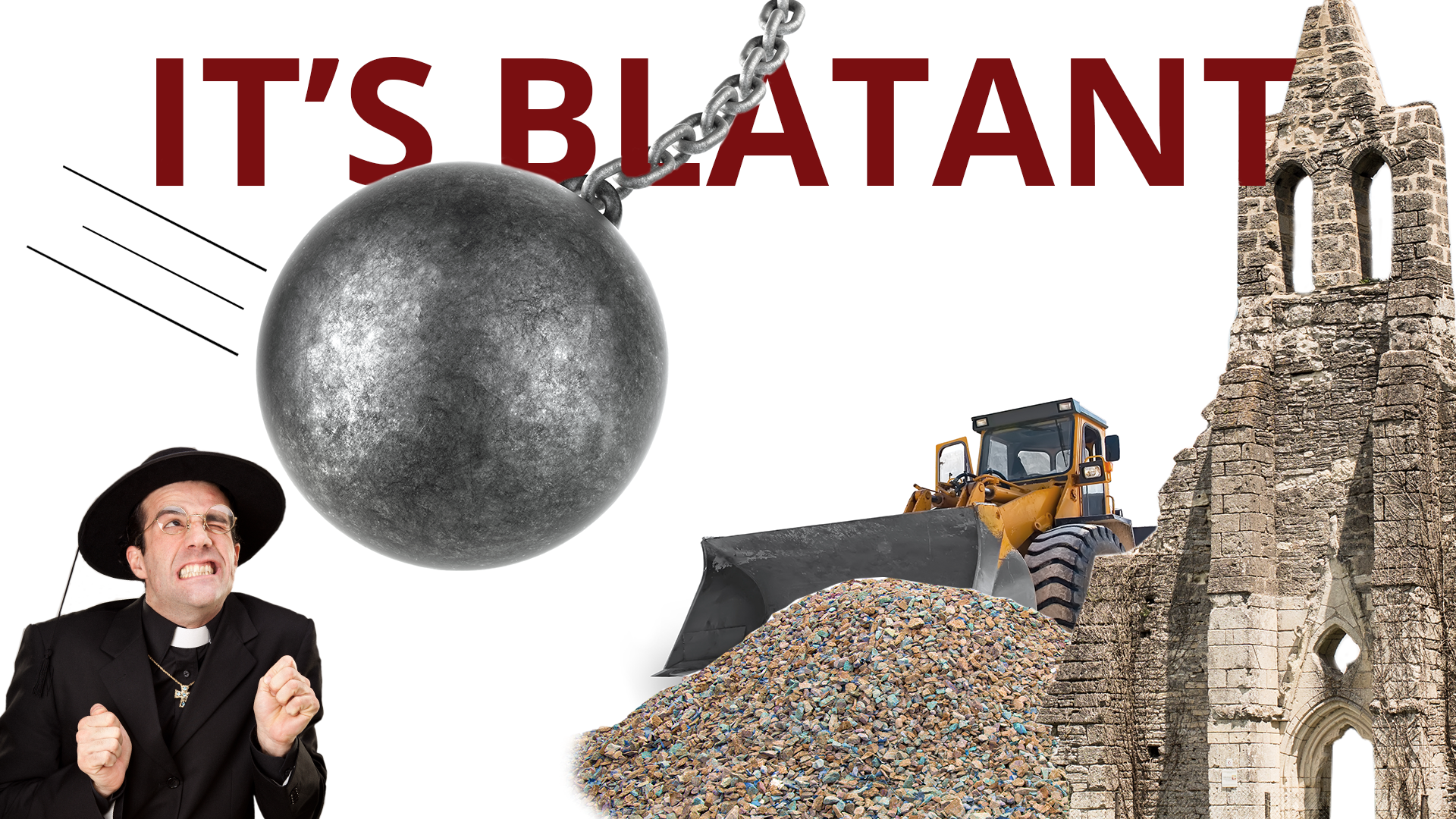 It’s Blatant
And it can't stay this way.