Satan has attacked the priesthood and episcopacy with homosexuality.

The North American College in Rome is a virtual training ground for future bishops. Many of today's bishops and cardinals in the United States either attended there, were on the faculty there, were rectors there or had some other association.

In the seminary world, getting selected to leave your usual seminary and do a year at the North American is almost exclusively seen as the first step of career advancement in the ecclesiastical ranks. Someone has predestined this young man or that for future greatness and put him on the fast track owing to his intelligence or personality or other factors.

So, with the flood of pro-homosexual bias in the ranks of the clergy — with as many as half being gay as we reported in yesterday's "Vortex" — it seemed as though the recent past of North American College in Rome needed to be looked into. We did. And what we found is horrible.

From 1983 until 1993, a New Jersey psychiatrist, Joseph Barone, who was an expert in AIDS, was working in Rome at a hospital just about the time the AIDS epidemic came to the public's attention. Barone was, in fact, a founding member of the National Catholic AIDS Network and was named commander of the Knights of St. Gregory by Pope John Paul II for his service in the care of AIDS patients.

According to interviews he gave the secular media, his work led him to set up a secret AIDS testing program for seminarians at the North American College. He had encountered so many priests who were gay that he suspected correctly that the problem stretched back to the seminaries.

Over the course of seven years, Barone tested scores of seminarians from the North American College who were gay for AIDS. He set up false names for them, paid for the tests for them, and even drove them himself to the tests.

Remember that the men who are selected, singled out, chosen from among the nation's seminaries are really considered the cream of the crop, the most promising, practically pre-selected for career advancement.

We aren't talking the distant past here. This was going on so recently that, given the average age of a seminarian at the NAC (North American College) at around 24, these men would only be about 50 right now.

And this is the point that Church Militant is making with hardcore facts to back up the assertion: that for decades, a homosexual collective has run the Church in America, has promoted its own, advanced its own, and today runs the Church. They occupy key positions in religious orders, chanceries, and are even bishops in diocese after diocese.

When Barone made his comments to the secular press, there was no Catholic press to speak of at the time to repeat those comments to a Catholic audience. Even when the Catholic press, such as it is, began to develop, it was and still is largely under the control of the homosexual collective, so it was and remains powerless to tell this story because the bishops will simply kill it, or fire the people who want to tell it.

And then came along a little thing known as the Internet, where faithful Catholics could have a platform to expose this debauchery and wickedness.

Yesterday, we reported to you that the secular media and even the National Federation of Priests' Council knew all about this decades ago — was reporting it, preparing various documents advising bishops how to handle the financial burden of all this. And the bishops knew about it as well. Many of them were actually working behind the scenes to advance this.

Today, evidence from a well-respected American doctor in Rome, publicly honored by Pope St. John Paul precisely for his work in this area, repeating this same data: that there is a huge number of homosexual men in the priesthood and among the bishops in the United States.

Why is this important? Many Catholics mistakenly say it doesn't matter if a priest is gay or not, as long as he is celibate.

Yes, it does matter. This is why the Church has always had and continues to have an official prohibition on homosexuals in the priesthood. It's just that the prohibition has simply been ignored by various bishops as they are admitting gay men to the seminaries and ordaining many of them a few years later.

And what's the problem exactly? As the Catechism of the Catholic Church teaches — but is the most politically incorrect thing to say — "This inclination, which is objectively disordered ..." (2358).

The fact remains that many men in the priesthood who are homosexual are, according to many experts, still grappling with their own psychosexual drama — and this is a huge problem for them in dealing with the faithful. Their personal drama is played out against the role of priest, and the faithful are often led into error or confusion when they seek counsel or confession or catechism from such a priest.

To be certain, there are many issues in the personal lives of heterosexual men who are priests that might cause the same results as regards the faithful, such as love of money or alcohol. But alcoholic priests have not formed a collective whereby they promote their own — nor have avaricious priests.

At the Last Supper, Satan presented Himself to Our Blessed Lord and demanded that He hand over the Apostles so that he could "sift them like wheat." Satan has been after the priesthood since the night it was instituted in the Upper Room. If you want to know the real reason the Church is in such disrepair, it is because Satan has been able to use this issue to pervert large swaths of the clerical crowd to the detriment of the sheep.

The homosexual bishops who recruit, ordain and promote homosexual men in the priesthood had better have the humility to admit they are being used by Satan to slaughter the sheep — and the weapon he is using is their own psychological drama and torment. Such men need to publicly admit what they have done and resign their office, or they greatly risk eternal damnation. We faithful Catholics need to pray earnestly for them.

Until this evil is eradicated from the clergy, nothing will change. You can bring in all the feel-good, rock band, Church of Nice evangelization you want. The poison will remain and stifle everything, as it has done. 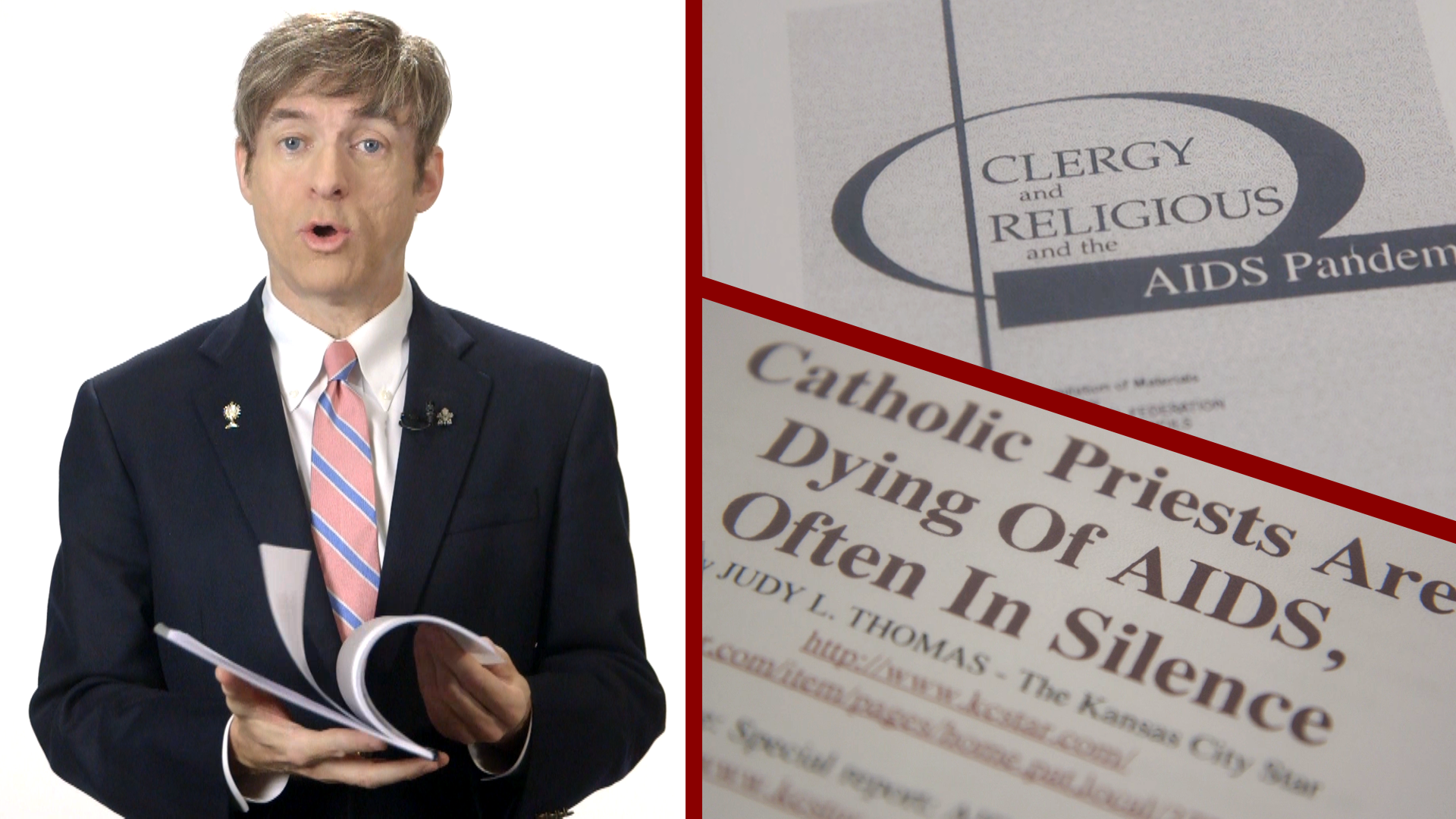