2016 promises to be quite the year in the world of challenging the establishment.

Ah, but then, as in the course of human events things always tend, the low-life plebes, the great unwashed masses, the peasant crowd, begin to grow discontented. Then along comes a leader or group — some other voice — that taps into this discontent and begins to harness it.

We see this currently in the political world of Donald Trump's campaign. He has given voice to a sizeable portion of the electorate who feel like they are being taken for a ride by the establishment — the ruling elites. Like him or lump him, the phenomenon is real. Trump says what others will not say — and he says it brashly.

And he is challenging a couple of different establishments in the process: the soft GOP establishment that has allowed such moral evils to wash over America these past 40 years and the liberal, progressive establishment which has been pushing the agenda of moral evil.

The Democrats and their mainstream media allies are huge supporters of the Culture of Death. In fact, they are its architects. The  Republicans have been the namby-pamby sissies who have not thrown up any significant opposition to the evil gang. Now along comes Trump who is calling out all of them, more or less, and the Dems and media hate him — and the GOP establishment is terrified of him.

He has tapped into something that neither establishment wants to admit: that they are not as supported as they like to portray. And in the midst of all that establishment rancor directed at Trump is the more liberal, Church of Nice, establishment Catholic crowd. Various prelates and priests and liberal Catholics are denouncing and defaming Trump at every turn, comparing him to Nazi Germans over his comment about Muslims, for example.

The Church of Nice crowd likes to paint him as an uncaring, egotistical extremist in it for self-glory. That might be true; but the greater truth is they don't want some issues discussed. And here is where the rubber hits the road.

In the Catholic world, this is true as well; the Catholic establishment and all its allies simply do not want some truths discussed because they rightly perceive it weakens their power base.

For example, last month Church Militant reported on a pretty substantial story: a million-dollar lawsuit filed against Cdl. Timothy Dolan of New York and his archdiocese over their negligence over reports to rein in a sex-crazed, homosexual priest who was stealing hundreds of thousands of dollars from two New York parishes.

Cardinal Dolan and the archdiocese knew about this for at least two years and did nothing — not a single thing about it — until the story burst forth in the local New York media with salacious headlines and telling photos. The next Sunday, the priest in question "resigned."

This is a huge story. It has implications, civilly, criminally — and yet not one Catholic establishment media outlet even mentioned it — except one, lone, little passing comment — and even that conveniently left out the issue of the cardinal's involvement. 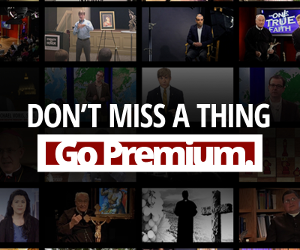 No Catholic blogs from the establishment order breathed a word about it. None of the more well-known media outlets talked about it. No comments worth anything from Dolan or his archdiocese except the anticipated spin control. Elderly attack dog Bill Donohue has not howled a word about it.

Now, to be certain, they all know about it — we know that for a fact. This story and its wrecking-ball potential for New York and the cardinal is well known. We have been talking to all kinds of people in New York, on the record, off the record, those involved with the legal proceedings; they are all very anxious to see this exposed so that the evil that runs the New York archdiocese can be swept away.

And it is evil: multiple cases of homosexual priests in parishes living with their homosexual partners, and all this ignored by the chancery because of the homosexual collective that holds such sway within the chancery. Yet New York is the center of the Catholic Church in America, in appearance, at least, if not reality. It is virtual headquarters of the Church of Nice because of the massive media exposure.

So no one in the Church of Nice establishment is going to breathe a word about this story until they are forced to — no one.

Just like they all keep silent about the Church of Nice lies and deceptions about the social justice movement in the Church, which is really a cover for liberal, near-Marxist policies in dealing with Third-World countries, which is also deep in bed with pro-death Democrats who keep handing them government funds, all in the name of "fighting poverty." Just like they all kept silent about the Church of Nice establishment cover-ups of the homosexual sex abuse crisis.

There is much that the Church of Nice does not want talked about, and the reasons are simple: to keep the establishment cranking along. Keep the masses in the dark about everything. Talk a good game, but cover up the deep rot. Without intending to, Church Militant has taken on something of a role as the attacker of the establishment.

All we ever wanted to do — and still want to do — is just proclaim the glory of the Faith. But from our earliest beginning going on 10 years ago, we have been thwarted at every turn because the Faith we proclaim is the authentic Catholic faith, and the Faith that the Church of Nice proclaims is a false ecumenism, false mercy, false Scripture, false compassion, false theology, false liturgy, homosexual-inspired and -controlled pile of hogwash — and the establishment hates this being told.

Yes, Church Militant has tapped into something, sort of like the Trump campaign has in the political order; and the sad reality for all establishments is when this happens, their first and only response is to destroy — not consider that they might be wrong. You can understand in the naturally corrupt world of politics this being the response because of the lust for power. But in the world of the supernatural, that men and their allies would run from the truth and try to kill those who speak it, the sin is of an entirely different kind.

2016 promises to be quite the year in the world of challenging the establishment. 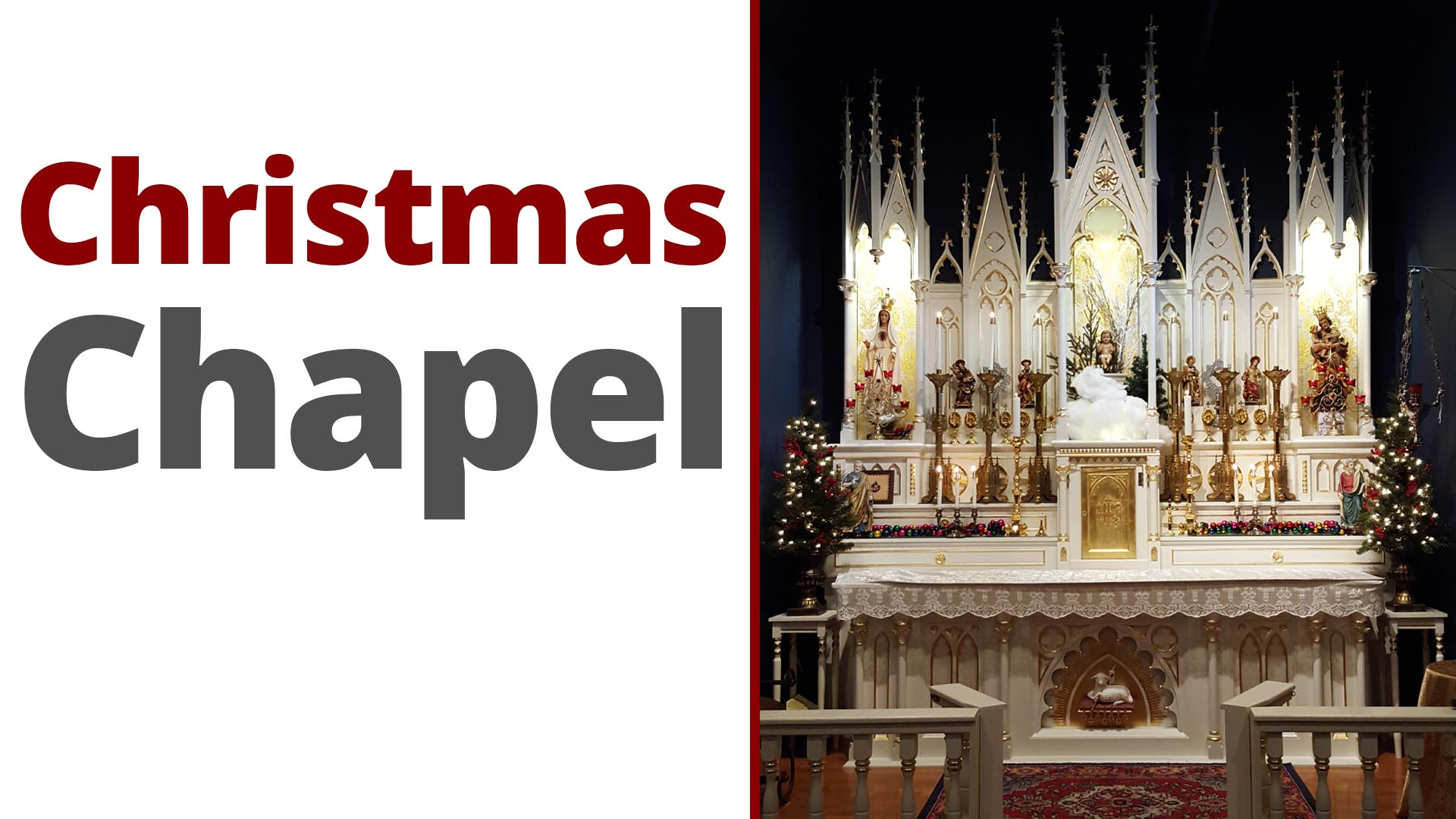 Christmas Chapel
Help us celebrate the Solemnity of Mary, Mother of God.