The Culture of Cover-Up

Why do so many in the Church establishment not want gay clergy being talked about?

Someone is not being truthful about the whole question of homosexuality and the Catholic clergy.

Then just as things were quieting down, along comes the Pope's right-hand man last week saying that indeed a homosexual lobby exists in the Vatican, and the Pope is trying to deal with it. Of course, that can't come as a shock to anyone, really.

You'll recall that just before the Synod kicked off last October, Fr. Krzysztof Olaf Charamsa, who worked inside the Vatican's Congregation for the Doctrine of the Faith, came out with his boyfriend for all the world to see. And then, of course, there was Fr. Dariusz Oko of Poland, who released a damning report also indicating the presence of a so-called lavender mafia in the Church.

He said in his report that the same problem going on in the world with regard to a militant homosexual agenda driving everything is also happening in the Church — and it needs to be exposed. Moreover, shortly before Pope Benedict resigned, there was the issuance of a 300-page dossier delivered to him personally also giving details on the apparently not-so-secret homosexual lobby inside the Vatican.

Point by point, the case builds and continues to build that this is a serious problem in the clergy. From the time these kinds of records and statistics and reports and studies have been conducted, not one has ever said this is not a problem in the Catholic clergy. The only bone of contention is just how big a problem it is.

Then, of course, you have the other blow-the-doors-off report from 2004 that an overwhelming number of priest abusers in the sex abuse scandal targeted teenage boys, moving on to 90 percent. Yet in the face of all this evidence — and evidence this mountainous begins to be called proof — you still have some in the clergy saying "No, it's not true" or "It used to be true, but isn't anymore," or "Many of the sexually abusive priests weren't homosexual, just confused, and boys were an easy target."

Now it might be the case — might — that the incidents of homosexual men becoming ordained are decreasing, but there's no hard proof for that. And if we allow for argument's sake that it is true, all that means is that in the next 20-25 years, the problem will have diminished to some degree.

Is that really the best that can be done? Sacrifice yet another generation to rotten catechesis and homosexual collective, Church of Nice leadership? Talk about longsuffering.

The data from some of these studies reveal that many of the homosexual priests are only in the 40s and 50s, and they don't seem to be going anywhere. Frankly, the Church in America doesn't have another 20 years to wait for the problem to evaporate and disappear on its own. Why is there so much lying or cover-up or misinformation spread around by Church leadership whenever this discussion comes up?

That's the subject of this week's "Mic'd Up" program: the culture of cover-up.

We saw it in the Boston case back in 2002 and have seen it in many cases since then, right up to and including the current cover-up in the archdiocese of New York. On this week's "Mic'd Up," we talk to the screenwriter of the hit movie "Spotlight" to get his views on these kinds of cover-ups and why he wrote the movie.

While the motives of non-Catholics may not be pure, for Catholics who love the Faith, the motive for all this is to clear out the filth, as Pope Benedict called it, and help the Church get back to Her mission.

So please watch this week's "Mic’d Up" and get a refreshing dose of honesty. 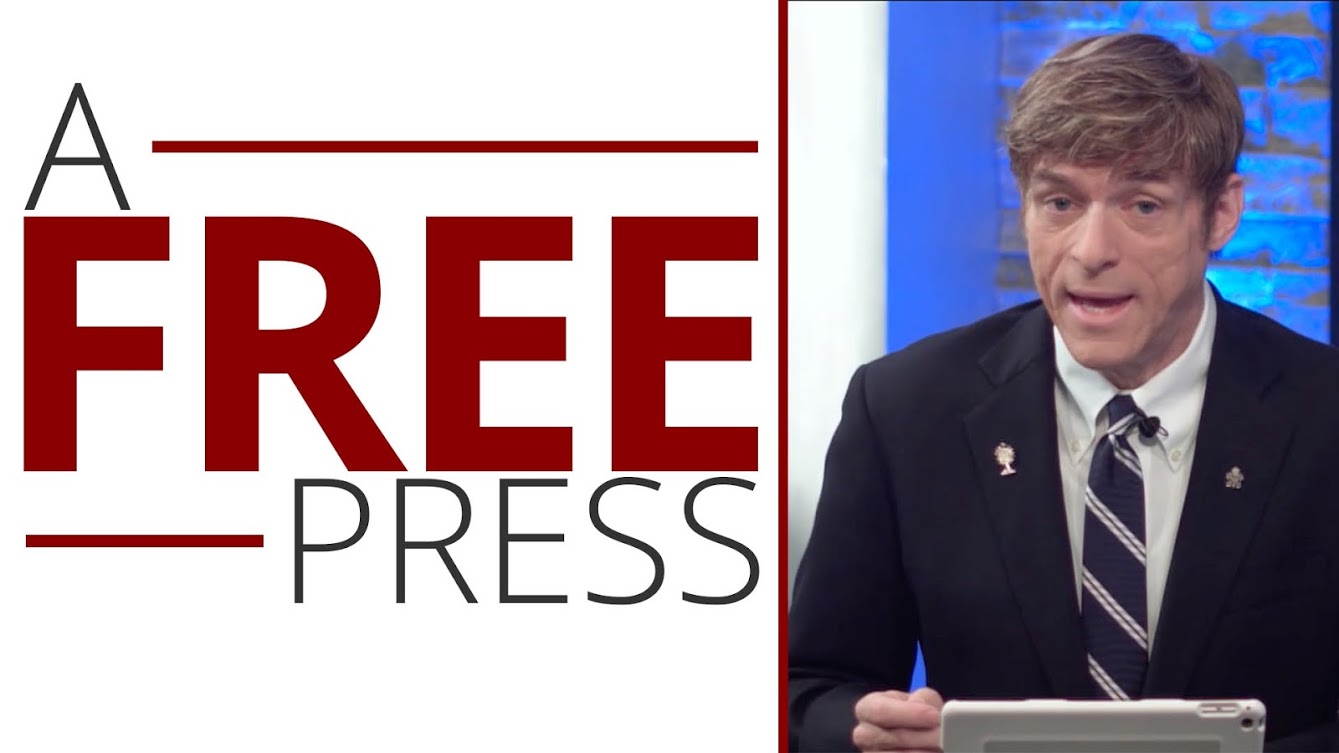 A Free Press
Three days to go before the Download debut.