Obama and liberal bishops need to keep their hands off Africa.

Africa could be termed the last battleground of the Church. It is the only significant place the Church is seeing any growth. Close to 200 million Catholics inhabit the so-called Dark Continent, a term given in derision by colonial powers. The term was a reference to a claim that Africans were backward savages in great need of westernizing.

It's why the insult hurled at the African bishops by German Cardinal Walter Kasper at the 2014 Synod in Rome touched such a nerve. He said, "The Africans — they should not tell us too much what we have to do." As you might imagine, that comment didn't go over too well — which is why Kasper lied about having said it at first, until an audio recording of him saying it was produced by crack journalist Ed Pentin.

Africa is a target, politically, culturally, and most important, spiritually. Africa is still viewed by many Western elites as a "colonial" seedbed. Because of its poorer economic status, various elites see an opportunity to advance their agendas of evil: contraception, sterilization, abortion, population control, homosexuality, climate change and so forth. This is being done largely through the United Nations, financed by Western governments, especially the United States.

The trick is to establish relations with individual African nations, give them some aid, let them enjoy the increased prosperity —even if it is being enjoyed only by leaders — and then promise a lot more aid in exchange for signing onto the agenda. This is part and parcel of U.S. foreign policy these days. It all started with the Mexico City Policy established by Ronald Reagan that refused U.S. government funding to any NGO involved in abortion.

When Clinton was elected in '92, he rescinded the policy and helped fund overseas groups that work for abortion. This was the first major effort to influence foreign policy according to moral/political calculus with an eye to controlling agencies and governments. Hillary Clinton has testified publicly as Secretary of State that when she speaks of human rights, she includes that to mean abortion and contraception, including government financing.

Oddly enough, for a man with such deep ties to Africa, Obama has worked tirelessly to undermine the family in African nations by tying hundreds of millions of U.S. dollars for economic aid to their acceptance of his immoral agenda. When you drill down to the on-the-ground effect, this translates directly to attacking the Church.

U.S. money is used to essentially try and buy off leaders of various African nations. They begin promoting the Obama agenda, and then the Church runs into conflict with those leaders.

The other method that the U.S. government uses to get into African nations is the huge sum of money — hundreds of millions each year — that it awards Catholic Relief Services (CRS). CRS does work to alleviate poverty, but it also allies itself with other groups pushing the population control agenda through sterilization and contraception.

Those U.S. government dollars, like all government dollars, come with strings attached. Washington, D.C., under Obama, has been relentless in pushing its agenda, and it uses a compliant CRS as another means to introduce its agenda into African nations. Bishop Borwah told us he was greatly concerned that CRS does nothing for the soul when they are doing their so-called poverty fighting.

Between the indirect approach of using CRS to gain a foothold and establish trust with the people, and courting government leaders with promises of money in exchange for acceptance of immoral policies, Africa appears to be target number one for Western leaders. The ramifications of this for the universal Church are extremely troubling. The materialism that the diabolical used to corrupt the West looks to be the same weapon by which he will introduce evil into African nations. Catholic leaders who keep supporting Obama, his policies, his party, his power structure and playing along with it in the name of social justice and fighting poverty are setting the table for the destruction of the Faith down the road in Africa.

The future belongs to Africa, which begs the question: Haven't Catholic leaders done enough damage by ruining the faith of hundreds of millions in the West? Can't they leave their hands off Africa?

His Excellency Bp. Borwah was our guest on this past Friday's "Download" and this past weekend's "Mic’d Up." He is one of those extremely good bishops who loves the Faith, his people and the truth — well worth paying attention to. He was even in the contingent of African bishops who kept the Faith from being mowed down by liberal Western bishops at the Synod this past October — something he gets into in those programs. They are well worth the listen.

Keep tuned to Church Militant to hear the whole truth. 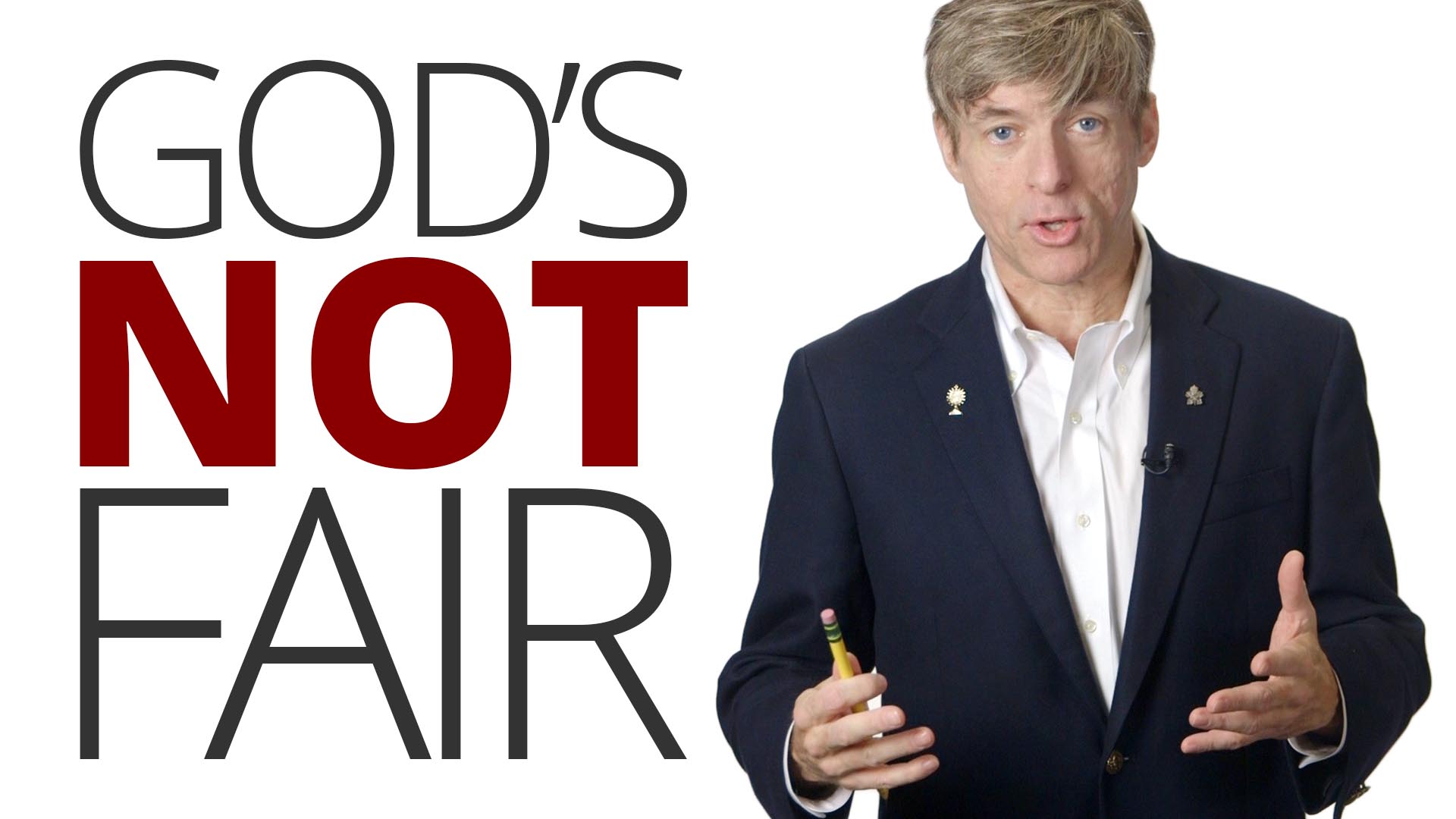 God’s Not Fair
We should all be thankful that God is not fair.