So with the incredible confusion surrounding the now-concluded Synod, self-styled Catholic conservatives are piling on Pope Francis, scoring points and being hailed as brave and courageous for taking on the Pope.

It's a cheap way to score points. Have things accelerated under Pope Francis in a negative trajectory? Sure. But the Catholic media and blogs, comprised almost entirely of concerned Catholics without a shred of professional secular experience, were almost silent as the problem was developing before Francis.

We and others have rightfully pointed out the heresy, heterodoxy and dissent among very key players here at the Synod, placed in their roles by Pope Francis. But a very important historical question is being overlooked here: How did they rise to the levels that Pope Francis could appoint them to these posts in the first place? Let's go down a quick overview of some of the more troublesome prelates:

And the list of prelates who trouble Catholic media types has one more name on it made cardinal by John Paul: Jorge Bergoglio.

During all these appointments by John Paul, one of his most intimate advisers was then Cdl. Joseph Ratzinger, hailed as a hero by many in the "conservative" crowd. Once he became Pope, he continued a string of very questionable and troublesome appointments. While he did appoint some good guys, as Pope Francis has, he has enough bad guys on his roll to raise some serious questions — including some of the big names at this Synod, like Baldisseri, homosexualist Forte, Wuerl and Marx, who owe their current prestige directly to Pope Benedict.

And lest anyone think this is attacking the Pope, Joseph Ratzinger isn't the Pope anymore.

And this is a question that has been completely overlooked during all the hand-wringing going on here at the Synod, in all the analysis and reporting in the Catholic media world. The whole reason we are here in October of 2015 is because of what Pope Benedict did in February of 2013: He resigned, abdicated, abandoned the office of Pope — a monumental action, not yet fully recognized for the enormous earthquake it caused in the Church.

Forget for a moment all the rumors that it was done for blackmail or financial threats or whatever; we may never know. What’s important is he did it. He surrendered to whatever forces he thought he could not resist. The Holy Father abandoned his flock, and it was that single action that has brought all this about. Francis may have lit a fuse here, but Pope Benedict laid the dynamite. He has now set in motion a series of events that the Church may take decades, or even perhaps, God forbid, centuries to recover from without the much-longed for and prayed for direct heavenly intervention.

For the past eight years, ChurchMilitant.com has been calling out the problem of these bishops and many others. Our new book Militant spells much of it out in detail. Yet many of the Catholic blogs and websites — some of whom actually told us privately to not to do that — are now more than happy to strut around damning Francis and the Synod while ignoring the real underlying cause of this chaos.

Pope Benedict's fingerprints are all over this Synod. Many of these troubling characters were put into their places by him personally and others indirectly. When everyone in the Catholic blogs and websites is calling on "clarity" from Pope Francis, where are the appeals from these same websites for Pope Benedict to say something? Surely, of all people, you would think he is disturbed and troubled at heart at all this madness — madness propagated by his men anointed at his own hand. Shouldn't he be issuing a public statement regarding heresies? He resigned because of health reasons, but going on three years later, his health seems just fine.

Contrast that to Pope John Paul, who actually had a health issue — recall that scene where, struggling mightily with Parkinson's, he issued his last blessing from the window of the Apostolic Palace shortly before his death, setting an example beyond words. When Pope Benedict was elected he said publicly, "Pray for me that I do not flee for fears of the wolves" — yet that is exactly what he did. He turned around and ran away, abandoning the flock to wolves he had let in the sheepfold.

Believe me, it's not that ChurchMilitant.com doesn't see the problems with this pontificate — but we think there's enough blame to go around that all guilty parties should be exposed, not just scoring cheap clickbait points by piling on. The reality is that whatever comes out of this Synod, many of these malformed, evil, wicked clerics are simply going to return to their dioceses or high offices and keep doing what they've been doing for years, even decades, trying to crush the authentic Faith. The Synod was an attempt to institutionalize it and make it official.

What Benedict's resignation has done is fundamentally change the papacy. It has caused a cataclysm far greater than what has followed in the wake of the Second Vatican Council. You barely hear a reference to Vatican II here at all. It's all about Pope Francis. Immediately following the Council, liberals and progressives spoke in terms of the Church as if She hadn't existed before 1965. Today, they speak in even more narrow terms: as if She'd never existed before Pope Francis. Even John Paul's 1980 heralded exhortation on the family, Familiaris Consortio, has been essentially pushed aside.

The damage of Benedict’s resignation is now coming into full focus. The Church has been reduced in the common mind to just the Pope — nothing else. What Pope Benedict did may even rise to the level of immoral. Recall that there is the history of St. Peter running out of Rome when Nero fired up the persecution. Suddenly on the Via Appia Our Blessed Lord appeared to him walking toward Rome, and Peter said to Him, Quo Vadis, Domine? "Where are you going, Lord?" And Jesus answered, "I'm going to Rome to be crucified again."

Peter got the message and turned back around, went into Rome and was martyred. That is precisely what Benedict did not do. And because of it, he has introduced an element into the papacy that may never be capable of being overcome except by another direct intervention by Our Lord. Ironically, Pope Benedict is the one who invented the term the "hermeneutic of continuity" versus the "hermeneutic of rupture" — yet he is the very one who has introduced this rupture and its resulting confusion into the papacy.

In an era where fatherhood has become so disgraced, Pope Benedict is the one who will be remembered as abandoning his children in the hour of their great need. This is the kind of analysis that Catholics need to hear, not just hand-wringing and piling on Pope Francis.

There is much about the Faith and the current crisis that many Catholics simply do not know. It's why we are asking you to sign up for a Premium account and help support our work here.

We have hundreds of hours of programming to help you learn the faith more intensely, something we are all going to have to do to survive the coming attacks. Please join us in our effort and sign up today by just clicking the Premium button. 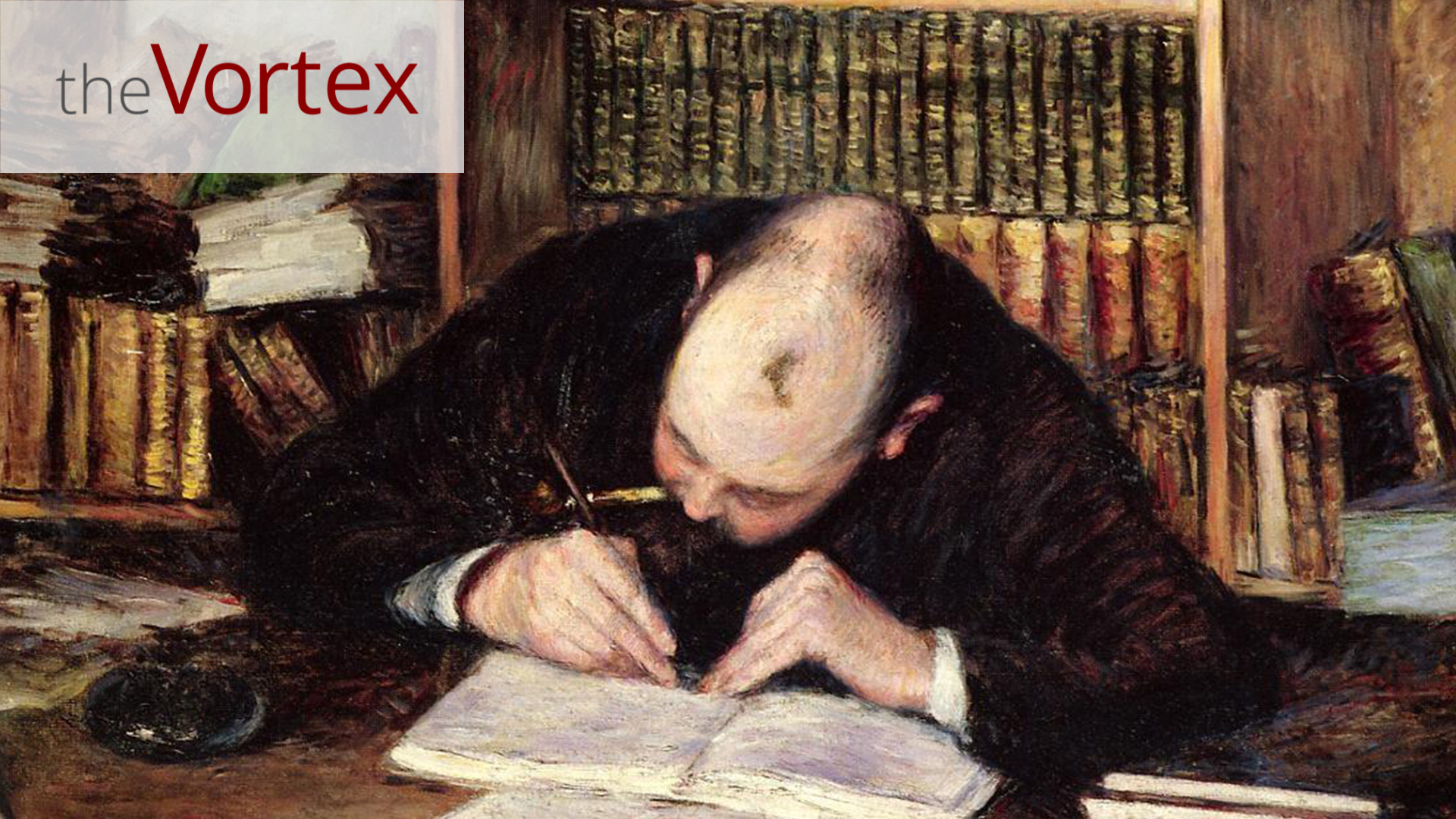 The Church Is the Church