Despite various political reasons for not wanting to come right out with it, the SSPX is in schism. The Society of St. Pius X, a breakaway group established by a French Archbishop who died as an excommunicate, is in schism, and canon law makes it very clear.

Many leaders in the Church these days, as with zillions of other situations in the Church, simply do not want to come out with it and say it like it is. One reason is that since there are constant private discussions going on behind the scenes, many people think that using such direct language will harm those discussions at reunification. That may be true — or may be not true — but in either case, as those discussions are going on, many faithful souls are being led astray into a schismatic mindset.

Various people in the Church say, "Well, the Church hasn't declared them in schism, so they aren't." First of all, Pope St. John Paul II did declare them in schism — but that aside, a person or group does not need to have the actual official declaration of the Church to be in schism. Think, for example, of a man who commits murder. He is caught and put on trial. Objectively, he is a murderer. He can't officially be called a murderer until the jury says "guilty," but he is a murderer in the objective truthful sense regardless.

Even if the jury were to declare him not guilty, he is still a murderer objectively speaking, and objectively speaking is what we are talking about here — in the objective truthful sense, in the eyes of God, as the situation exists in itself, the SSPX is in schism.

It is a manifest rule that one ought in no wise secede from the Catholic communion, that is from the body of Christians throughout the world, by the establishment of a separate communion, even on the admission of evil and sacrilegious men. ...

Saint Augustine makes perfectly clear that even with evil and sacrilegious men present in the Church — and we certainly have an abundance of those now — we cannot and must not under any circumstances separate ourselves from the unity of the Church. Notice that St. Augustine is not citing canon law, and the reason for this is that schism is essentially a question of moral theology, not a legal question. Schism is not something that comes into being by a legal declaration.

When speaking of heresy, St. Alphonsus speaks of "heretics before God" — in other words, of someone who is a heretic but has not been legally declared so by a solemn judgment of the Church. The idea here is that the sin of heresy precedes the judgment of the Church that the man actually is a heretic. And even if the Church never got around in a particular case of judging some man, he would still be a heretic before God — and how God views it is all that matters at the end of the day.

If a group or even an individual, while keeping the True Faith, nevertheless voluntarily, knowingly and deliberately separated himself from the unity of the Church by refusing to submit to the authority of the Pope and/or to remain in communion with those who are subject to him, he or they ­would still be schismatic even if the Church never got around to making a solemn declaration; they would be schismatics before God.

So schism at its heart, principally and essentially, is a question of moral theology, not of canon law. One notable aspect of the particular evil spirit behind the sin of schism is that it gives the adherents of this sin an impression, which is really an illusion, of purity and piety. It helps them feel holy and good about maintaining doctrinal and moral purity, and at the same time to feel justified in separating themselves from obedience to the Pope or communion with other Catholics, as if they might somehow become tainted by these sort of associations. This is exactly how the schismatic churches of the Orthodox community feel about Rome, for example.

We saw this just a few weeks ago when Pope Francis granted the priests of the SSPX faculties to grant absolution only during the coming Year of Mercy — not before and not after. They do not currently, nor will they afterwards, have valid absolutions. And in their character of defiance to the Holy Father, many SSPX supporters essentially told the Pope to go take a flying leap — we don't care what you say about our absolutions not being valid; we say they are, and we are going to ignore you, Peter.

That is a walking, talking, living example of a schismatic mind. The Pope says — and remember, my fellow Catholics, only the Pope has the final authority to rule on jurisdictional matters in the Church; remember the keys — both of them, spiritual and jurisdictional — the Pope says your confessions are not valid, and the schismatic answer comes back: We don't care what you rule.

And when we go to Canon 751, we find it quite plainly that "refusal of submission to the Roman Pontiff or the communion of the members of the Church subject to him" constitutes schism. As demonstrated above, the reality of sin is always prior to the actual formal judgment of such. For example, Hans Küng is a heretic even if he has never been formally defined as one because his public teachings satisfy accepted definitions of heresy. Because the SSPX fully satisfies the canonical definition of schism, it can be judged schismatic prior to and even without a formal declaration of schism by the Church.

"Refusal of submission to the Roman Pontiff" by the Society can be seen in their refusal to reconcile and place themselves under the authority of the Vicar of Christ, rejecting his dogmatically defined "full power of shepherding, ruling and governing the universal Church," a power "ordinary and immediate over all the churches and over each and every member of the faithful."

Then there is the other applicable phrase in Canon 751: "Refusal of ... communion of the members of the Church subject to" the Roman Pontiff. You can be schismatic by not only refusing to submit to the Holy Father, but by also refusing communion with the members of the Church who are subject to him. That the SSPX does this also can be seen in the frequently quoted statement by Bp. Fellay, their leader, that "The New Mass is bad; it is evil," and supporters of the Society are instructed never to participate in a Novus Ordo Mass because it is "absolutely offensive to God."

Supporters of the Society are also discouraged from participating even in FSSP settings because the FSSP "accepts Vatican II." The SSPX, therefore, fulfills both parts of the canonical definition of schism, although one need only violate just one to be judged schismatic. The Society still today has "no canonical status" and does not "legitimately exercise any ministry in the Church." All of their Society, including their bishops, remain suspended a divinis and, therefore, all exercise of their priestly ministry is a grave sin.

"The SSPX, for all their many good qualities, are not faithful Roman Catholics because communion with the Chair of Peter is a constitutive part of Roman Catholicism, something the SSPX accepts in principle but rejects in practice. They have "no canonical status," "no legitimate ministry," are "invited to rediscover the path to full communion,"  have no faculties from any bishop, are not part of the divinely ordained hierarchical structure of the Church, and all their priests are suspended a divinis. No individual or group can seriously claim to be Catholic and have all this true of themselves."

The SSPX and many of its supporters are fond of referring to the Society as being in an "irregular canonical status," with frequent references to statements by Cdl. Castrillon Hoyos to the effect that the Society is an "internal matter" for the Church and not an "ad extra"  exercise in ecumenical dialogue.

That is true because, to date, there has been no formal declaration that the Society is in schism, but that does not mean that the Society is not in schism. They are schismatics before God. When Cdl. Castrillon Hoyos' successor was asked specifically how one should interpret and understand the cardinal's statements, he responded:

Statements made by Cdl. Castrillón need to be understood in a technical, canonical sense. Stating that the Society of St. Pius X "is not in formal schism" is to say that there has been no official declaration on the part of the Holy See that the Society of St. Pius X is in schism. Up to now, the Church has sought to show the maximum charity, courtesy and consideration to all those involved with the hope that such a declaration will not eventually be necessary.

In other words, a formal declaration of schism could be made, but "to show the maximum charity, courtesy and consideration to all those involved" the Church has refrained from this step "up to now ... with the hope that such a declaration will not eventually be necessary."

That is why the status of the SSPX is, at this time, technically an "internal matter." Once there is a formal declaration of schism, it changes the rules of engagement from an internal to an external matter.

Rather ironically, the SSPX is a beneficiary of the same "false ecumenism" they so loathe in principle, an "ecumenism" which is reluctant to use the language and mercy of excommunication and formal declarations of heresy and schism, preferring instead “maximum charity, courtesy and consideration to all those involved.”

The Society is not in an "irregular canonical status" – that is a made-up term by SSPX supporters. It is the Pope himself who has declared their status and that is none — no canonical status. Their continued use of this self­-serving phrase obscures the reality of the degree of their separation from communion with the Church. To keep claiming you have an "irregular status" implies you have some status.

Reconciliation of the SSPX with the Church would be a great blessing for the Church but most especially for the SSPX. Perhaps the SSPX fear they will be crushed by an unsympathetic hierarchy and Pope. They may even be justified in such fearful apprehensions. But there is precedent in the history of the Church, in the lives of the saints, in the life of Our Lord Himself, for risking or allowing oneself to be crushed by obedience.

The SSPX is a sinful and evil response to the sin and evil in the Church. Two wrongs do not make a right. This Friday we will be releasing our latest FBI — Faith-Based Investigation — on this whole topic. Please stay tuned for that.

Portions of this script were taken with permission from this sermon. 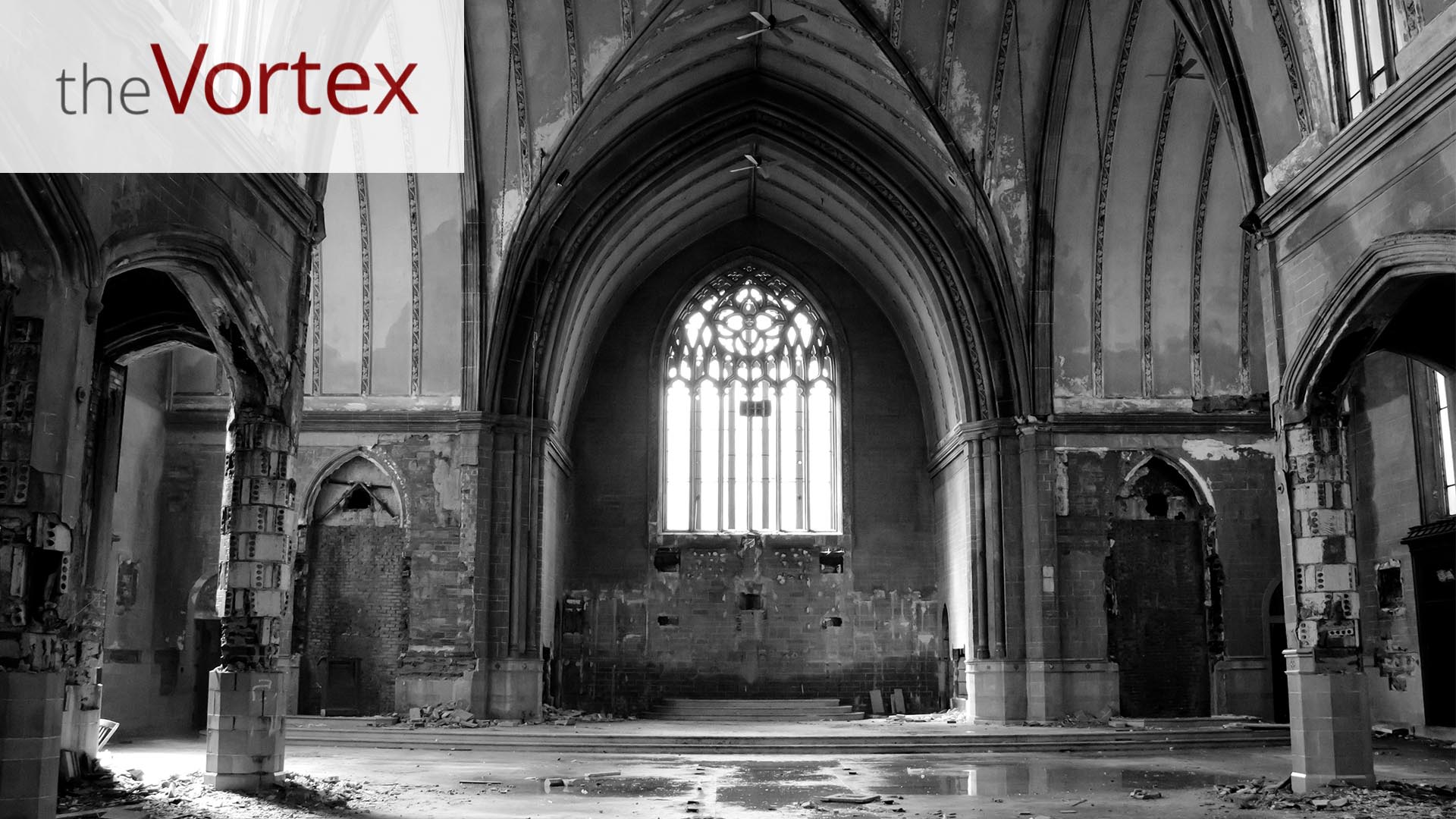