This beautiful shrine was built under the direction of Cardinal Raymond Burke who was the bishop in this diocese before his time in St. Louis and then, of course, Rome.

He made a homecoming here this past weekend as he does every summer to talk to a packed basilica about the dangers facing the Church from both inside and outside the Church.With a strong voice and increased determination, he had strong words for faithful Catholics.

He said error has entered into the Church, which is weakening the Church's witness, to the detriment of the whole of society. Pointing to last years' explosive Synod on the Family in Rome, he said the weakness became evident at that moment. Recapping the heart of the issue, he pointed out that the Synod addressed in a confused and erroneous manner the teaching of the Church on marriage. There was a willingness, he said, to overlook adultery, cohabitation and homosexual relationships.

In a notable reference, he called it a manifesto of revolutionary ideas about marriage and sexuality. He said while calls for the Church to go out to the margins of society are correct, at this time, the Church suffers from a sufficient lack of self-understanding. There is too great a reluctance to declare openly and boldly the truth in all its fullness and glory. To meet the protagonists of the culture without telling them the truth would be a severe lack of charity, he instructed.

The current climate tends too close to sentimentalism — a false compassion masked as something good and caring. His Eminence declared this attitude very harmful because it introduces a severe lack of respect for the objective truth of the situation. You cannot simply give the impression to someone in sin that their sin is okay because your love is all that matters — absolutely incorrect, false and very potentially damning.

He pointed to not only those in the Church that have this wrong, but also those outside the Church — and on this score, he took square aim at the mass media. He called them the primary corrupter of minds and hearts and consciences. Having spent decades in secular media — in the belly of the beast — I can offer my poor voice to the legitimacy and accuracy of His Eminence's assessment.  In short, he's spot on!

The power, immense power of the media, creates ideas and images in men's minds. Those images overwhelm the weaker among us and weaken the power of the will. They darken the intellect, and with will and intellect so ravaged, sin and evil move in. The horrible ideas present in the mouths of so many clerics these days are little else than echoes of the mass media and their corrupt diabolical influences. They must be combatted, called out, exposed. They are destroying souls; human beings are being lost by numbers beyond imagining. It is the mission of the Church to fight this — to fight it with truth and charity — which at the end of the day are one and the same thing.

It is the sentimentality that His Eminence spoke of that is misleading. Too many Catholics today have been swallowed up in the distorted understanding of charity, thinking mistakenly that charity means being sweet and pleasant and unoffending — a way of approaching sinful situations that rejects speaking of the actual sin.

That is not charity. Charity and truth are so closely related that they are practically indistinguishable. After all, the same God who said of Himself "I am the truth" also called Himself charity. One cannot exist without the other. 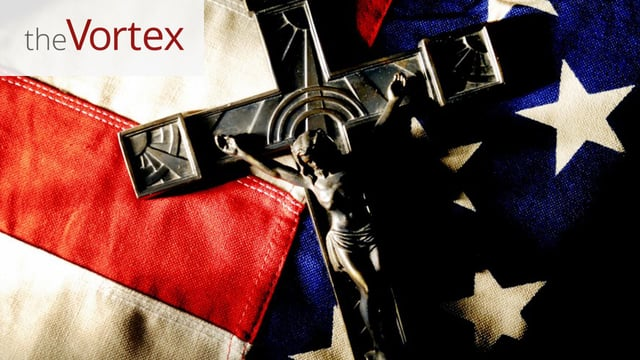 Crystal Ball Catholicism
Imagine what society would look like if Church leaders had done their job.