If it’s not Catholic, it’s pretty much worthless.

That’s true of just about everything you can think of: education, certainly theology, as well as politics.

In America, too many faithful Catholics – completely believing, Mass-attending, solid Catholics are too quick too align themselves with so-called conservative political parties or politicians. It's somewhat understandable that ever since the Democrats aligned themselves with the Culture of Death, that faithful Catholics would desert them and go to the only other party with any clout — the GOP. It wasn't surprising to find a large number of Catholics inside the Tea Party as well. Faithful Catholics tune into Fox News, listen to Rush Limbaugh and feed the conservative political cottage industry of internet personalities like Alex Jones and Glenn Beck.

But the warning we presented at the beginning of this report holds across the entire spectrum: If it ain’t Catholic, watch out.

Faithful, unapologetic, take-no-prisoners, rock-solid Catholic is the only route. Anything else, sooner or later, will betray the truth.

Take, for example, Glenn Beck, a former Catholic who is now Mormon. On his Glenn Beck internet show a couple of months back, the topic was same-sex "marriage." Here’s what he had to say.

No Catholic can support that position. Period.

It’s a classic political relativistic "I have my truth; you have your truth" approach that denies objective evil, and reduces morality to personal opinion. He's not arguing for or against morality; he's arguing ultimately for the State to ensure that morality be decided by the individual and then not forced on others.

That's sheer stupidity. There is no such thing as private morality.

Morality, by its very nature, always — one way or another — involves other people, thereby making it public. The Catholic view of what he said was this: I support two men or women committing the sin of unnatural sexm as long as I'm not forced to accept it by the government.

This is a classic case of error not having any rights. And its exactly where many U.S. Catholic leaders went off track decades ago and still are. They say that we live in a pluralistic society and cannot impose our beliefs on others. Hey, bishops — here’s a clue for you: What this Court does is impose the secular view on you!

Someone's view is going to be imposed, but Catholic bishops have played footsie with the culture so long because they want to be accepted that they have been blindsided by the speed with which the culture enslaved them and their sheep. And the view of Glenn Beck is exactly what the bishops are supporting, whether they realize it or not.

They have approached the culture from a live-and-let-live ideal — and sorry, but when world views are clashing, that never happens. Instead of live and let live, they should be adopting the approach of: This town ain't big enough for both us.

You can easily imagine that coming from the mouths of a large number of U.S. bishops. Political "conservatives" like Beck and theological "conservatives" like many U.S. bishops have simply accepted the philosophical presumptions of the Culture of Death without making necessary distinctions. There is, for example, an enormous distinction to be made between a case of discrimination and justified discrimination. That's why we have prisons, for example. Murderers and thieves and con artists are justifiably discriminated against because they pose a threat. Marriage between same-sex couples has been justifiably discriminated against because it poses a threat — more than a threat, actually, a danger — to others.

For decades now, Catholics have been betrayed by supposedly conservative bishops and priests, and things are the same in the political world. Just because someone may not hold as horrible a position as the other guy does not make them good, or worthy of being listened to. The only voice to be considered is that of Holy Mother the Church. Period. All the rest are wrong. That's why we are here today, at this time in history, chronicling the demise of Western civilization.

If it's not Catholic, it's pretty much worthless. 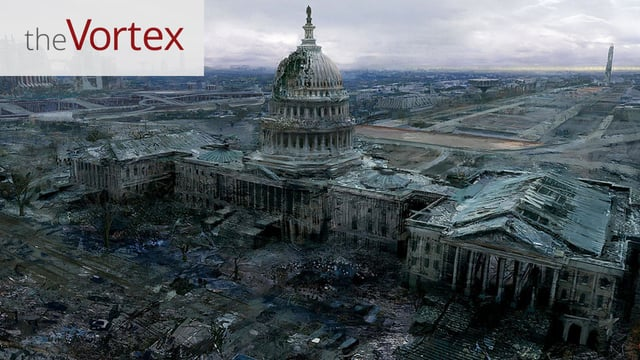