The Vortex—Excommunicate Them, All of Them!

The U.S. Catholic bishops have let this charade go on long enough. It's time for them to step up and perform their duty to protect the sheep and get rid of the wolves among us. Justice Anthony Kennedy needs to be excommunicated. In truth, he already should have been after upholding Roe v. Wade in the 1992 Casey v. Planned Parenthood decision. But this same-sex unmarriage ruling is beyond excommunicable.

And please, smarmy Church of Nice theologians out there — none of that stupid, insufficient, "Well, by his actions he has already excommunicated himself." That's not enough. The bishops, collectively and immediately, need to declare the evil of what this man has done places him outside the Church. It needs to be declared publicly because what he did is public — very public — as public as public can get.

A message needs to be sent, a teaching, that you cannot support evil and present yourself as a Catholic. A message also needs to be sent to him — Kennedy — that the evil he has let loose on the world is damnable, and he stands in jeopardy of losing his soul, being damned for all eternity.

As an aside: When the Fr. Robert Barron crowd gets together, how will they judge this case? Will those pie-in-the-sky, anti-tradition believers that virtually all men are saved seriously even think about lumping Kennedy in with the saved? Seriously? Just what, pray tell, do the likes of Fr. Barron, his von Balthasar supporters and many of the U.S. bishops and clergy think a person has to do to be damned? Voting to continue to support the millions of murdered children — is that enough to get you off the narrow path to Heaven? Voting to pervert marriage — is that enough to get you thrown off the narrow path to Heaven?

The reality is that the vast majority of clerics — Catholics ordained to the priesthood and episcopate in America — do not believe that people go to Hell — or at best, only a very tiny sliver of humanity is damned. That is what they believe. It is the fundamental basis from which all their errant or sub-standard theology flows, their betrayal of the Faith, their multiple violations of canon law, their ridiculous, effeminate preachings and so forth. Their entire view of the Church rests on their anti-Catholic notion that no one is damned.

So when a tragedy like last week's enshrinement of sodomy as marriage into the Constitution occurs, they see it not as the spiritual calamity that it is, but as a political loss, a world-view loss. They do not go to war, because they do not know what to war about. And they do not know because they do not see or comprehend the great spiritual disaster unfolding before them. They are always in retreat because a huge number of them are blind guides; they do not have the stomach, muscle, fortitude or even knowledge to wage an effective fight for the souls of men.

As we have noted many times before here at Church Militant, there will be no end to the evils befalling society and the Church as long as these men are in charge — or until they realize their sins of commission and do public penance. The duty of the Church, Her mission, Her divine mandate is to fight against evil. That's where the name "Church Militant" comes from — the Church here on earth still battling evil.

Many of these men wouldn't know evil if it introduced itself. They see it as a societal failing, a lapse in judgment of the culture, a misapplication of the law. They do not see the Evil One himself at work. It's not even a certainty that many of them actually believe in the devil; if they do, it isn't obvious from their actions and words. Next to no mention, anywhere in any statement of any Church leaders in the country, of the diabolical at work in last week's ruling — same thing as happened in Ireland last month when that country caved to the demonic.

A total massive overhaul of the Church needs to commence. These homosexual clerics and the others who support them or ally with them have got to go. These men are the problem. The Church has become an ineffective weapon against Hell because too many in Her ranks have given themselves over to be agents of Hell.

If you are Catholic and not mad as Hades at the failings of these leaders — their total betrayal of you, your family, the Church, Our Blessed Lord — then there is something wrong with you. You don't love the Faith enough.

If any Catholic out there thinks that a huge, purifying persecution is not on its way, they are sadly mistaken. There are too many apostate clergy; at least a persecution will flush them all out and then we can start over again. Make sure you are preparing yourself and your loved ones, whichever ones survive, to emerge and rebuild. 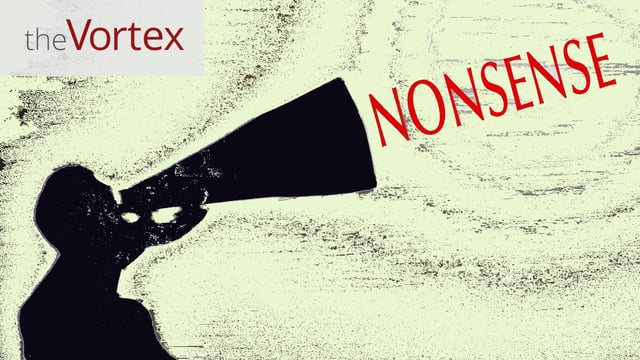