A faculty member priest in Sacred Heart Seminary here in Detroit recently made an announcement to the entire seminary student collective — about 60 young men — that they need to be sure and wear their bathrobes coming out of the bathroom showers instead of just towels because a number of their brother seminarians are gay, and the guys in towels are occasions of sin for the gay guys.

If you have successfully picked your jaw up off the floor and are ready to ask if you heard that right — you did. Another faculty member told a class that the seminary accepts men with homosexual pasts. A few weeks ago, the seminary had a big fancy gala dinner which raised almost $900,000 for the seminary fund. This is the brochure. Church Militant even bought the center page advertisement as a means to express some support. I took quite a number of classes there a few years ago and was taught by some very good professors.

So when we received this information, we were floored.  After checking it out — it's true.

I wonder how many of the Catholics who bought ad space in here or one of the $250-a-plate dinners would now want their money back? This isn't to pick on Detroit, despite what some may say. It's just that this information which was easily verifiable points out a very big reality in the Church these days: the non-stop, continuous effort to appease the homosexual agenda — to which the question must be asked: Is there no end to the bending over backwards going on in the Church these days among the clerical class to not hurt the feelings of people who have given themselves over to sexual perversion — namely those who have embraced the so-called gay lifestyle?

It seems there are more ministries, apologies, press releases, over-the-top compassionate language, never-ending discussions, bulletin announcements and so forth than you could shake a stick at. Some dioceses like Chicago, for example, actually have an entire office in the chancery dedicated to the gay agenda. They call it a ministry, but everyone knows it's little else than a hotbed for permitting anti-Catholic voices to say their piece under the guise of being Catholic.

It was started under the notoriously homosexuality-supporting Cardinal Joseph Bernardin and has continued since. The homosexuality of many of the Chicago clergy is almost unparalleled. Almost.

In the halcyon days of men like Bernardin, in the 70s and 80s, all kinds of bishops were gay or gay-friendly and were anxious to push the cause most dear to their hearts. They introduced gay Masses into their dioceses (gay Masses which continue to this day), advanced the clerical careers of gay men — homosexuals who have kept the sodomite agenda going strong. These men in their turn produced another generation of men very friendly to the homosexual cause — men like recently retired Rochester New York bishop Matthew Clark who passed his subtle twistings of the Faith onto men in today's episcopate, like New York cardinal Timothy Dolan.

When you know that a man like Matthew Clark, who continually excused and side-stepped homosexual issues, was the spiritual director to Cdl. Dolan in his youth, then you begin to understand why Dolan can lead the St. Patrick's Day Parade in New York and be pleased that a militant same-sex "marriage"-supporting homosexual group was in it; or say "Bravo" to the whole line of questioning about homosexual NFL draftee Michael Sam; or be totally AWOL on the New York state gay "marriage" debate in 2011; or still to this day have not issued any reaction to the SCOTUS sodomite marriage ruling.

It makes total sense. Many of today's groups of bishops, even if they somehow cling to some vestiges of some degree of orthodoxy, have been malformed by the preceding generation of bishops who were enthralled, for various reasons, with the whole emerging gay rights movement. But Bishop Matthew Clark and Cardinal Joseph Bernardin were not alone — not by a long shot. Just down the road from Clark was recently retired bishop Howard Hubbard who had his own explosion of homosexuality in his diocese.

Like Rochester, the diocese which encompasses the state capitol of Albany was also a factory for gay and gay-friendly priests, as was Los Angeles, Miami, and practically anywhere Cdl. Theodore McCarrick came to town. These men, and those they promoted through the system, laid the groundwork for what we see today: a gay establishment within the Church, a parallel magisterium that controls much of what goes on on the macro level. There is hardly a bishop in the U.S. who doesn't know this is not true. They all know it. It's why they never ever never refute any of this.

The gang at the United States Conference of Catholic Bishops knows if they ever tried to deny one single syllable of this, they would open a can of worms which would destroy many of their careers and even possibly expose them to various legal actions. So they walk a very thin, dangerous line of trying to continue promoting what they want while also appearing to uphold Church teaching. And their great disguise for all this activity is the appeal to mercy.

Here's a question: Where are all the Church establishment ministries for spouses who have to deal with a cheating spouse? There are Catholic LGBT ministries and Masses and banners all over the place in practically every diocese in the country — but where are all those corresponding ministries for abandoned moms, fatherless children, victims of spousal infidelity?

It's a fair bet that there are many more Catholics in these situations than there are Catholics who embrace the sodomy lifestyle. So why are there zillions of gay support ministries, and almost none of the other? Do you know any Catholic husbands or wives who either suspect or have confirmed they have been cheated on? Well, too bad you can't direct them to the 6 o'clock Mass at the parish for Catholic victims of that evil.  And why can't you? Because that sort of stuff never pops up on the radar of homosexual men who are bishops or priests. Not to put too fine a point on it, but they don't care because something that the vast majority of heterosexual Catholics face they can't relate to.

They have so homosexualized the Church that all the attention is on this very narrow almost sliver of people the so-called compassion and mercy train never seems to pull into the depot of the everyday Catholic. And one last group that is significantly overlooked: What about a parish and diocesan-blessed ministry for the heartbroken faithful Catholics whose family members have given in to the sin of the sodomite lifestyle?

Until they do that — and much more — the sodomite-friendly clergy will continue to reveal their true agenda of advancing the homosexual cause and wrecking the faith of millions. 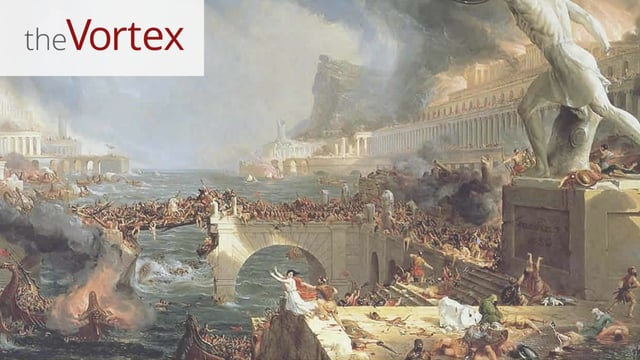