A virtual plague of gay clergy and gay-friendly clergy has broken out in the Church these days. From the speaking circuit with priests like Fr. Timothy Radcliffe and Jesuit mouthpiece James Martin, the allies of the homosexual agenda seem to be an endless parade. One after another various priests even keep coming out — and where do these gay clergy come from? From seminaries that don't screen for them properly, or, even more worrisome, seminaries actively recruit them — this plague of homosexual clergy has got to be put to end.

You will recall a couple of months ago we produced a Vortex talking about a young fellow who left the Jesuit seminary life not because he was straight and was revulsed by the open homosexuality, but because he was gay and was revulsed by the closeted homosexuality — or more precisely, the two-facedness of it all. He saw non-stop homosexuality in the seminary and order itself, and insisted they become much more public about it and give the gay rights movement a shot in the arm, a little support.

He said they didn't care. Why should they ruin a good thing they've got going?  All the homosexual activity they could want and no price to pay for it. Fed up with the hypocrisy, he left. At least he had the decency to leave.

But his story is multiplied many times over throughout the seminary system. All this talk about things are so very different than they were. "All that gay stuff was decades ago." That's what you hear. That's what the head-in-the-sand Catholic crowd — the ones who can't stand to hear things aren't nearly as rosy as they want them to be — say. The protector of the status quo, the apologists for the system, refuse to accept the idea that this nightmare of a scenario is real.

All over the country, gay priests have boyfriends, sometimes other priests, and are destroying the Faith in the hearts and minds of their parishes, classrooms, religious education classes and so forth. They are pastors and professors and authors, and they are given a pass — a seemingly non-stop pass; as long as they don't commit a crime with a teenaged boys, it seems anything else is allowed.

We here at Church Militant have personal knowledge of many cases like this, cases that get reported to us from parishioners and priests alike. The bishops know this is the case, many of them. We've had face-to-face discussions about the issue, and many of them simply don't know what to do. They are terrified of the repercussions of what would become an openly rebellious clergy. So they are convinced the best way to handle this is do their best to not rock the boat and wait for the storm to pass.

But it isn't going to pass — or better said, it won't pass before most of the proverbial boat is destroyed. The Faith is being smashed away at, and this laissez-faire attitude is making things worse.

In this week's Mic'd Up, we interview one former seminarian who was studying for the priesthood just a few short years ago, and he offers a warning: Things haven't improved anywhere near as much as we are being told. He contacted us after our report last week about same-sex attraction in seminaries. He's married now with a lovely little girl.

This problem needs to addressed much more seriously than it is. The seminary is no place for a young man to be working out his sexual identity issues. The problem is there is a massive hold-over of clergy, many of them bishops, who were formed — or better said, malformed — by their seminaries that were ridiculously gay-friendly when they were young, impressionable seminarians.

Some of today's leaders are even compromised, unable to say anything lest their crowd call them out — like the former cardinal of Scotland Keith O'Brien, who said something truthful about the homosexual crowd, who then turned around and promptly outed him. Then there's the recent coming-out party where the pastor of Blackfen at a Traditional Latin Mass enclave came screaming out. Then there is former priest Bill Dickinson who has written a screed about how the Church should treat priests who are gay by upholding and supporting them.

We could go on and on about this, but you get the point. How did all these homosexually self-identifying men get into their seminaries? And is anything being done to try and screen them out when they apply or help them leave once they are in, before they are ordained?

Too many weak-minded individuals in the Church today keep apologizing for and making up excuses for and wanting to allow exceptions for this stuff. It's all born from a softness oozing from a leadership that never wants to hurt anybody's feelings — well, almost anybody's — and is willing to do practically anything to avoid it.

These are the topics on this week's Mic'd Up, an episode you don't want to miss. Are the seminaries doing everything they can to bring an end to this crisis? That's the question. 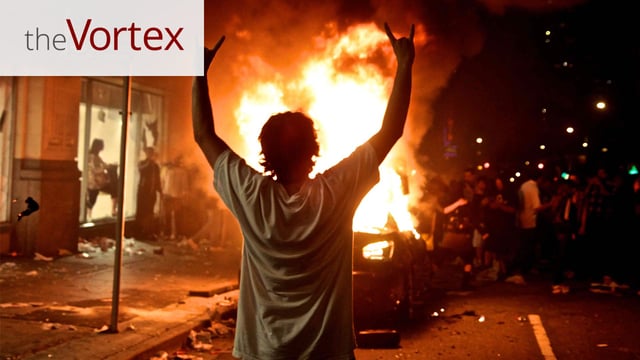