That's why I've written my first book titled Militant. Many Catholics today fail to appreciate the power of the Church to crush evil underfoot. This is the mystical body of Christ, the Bride of Christ, imbued with heavenly powers to wage supernatural war against the ancient enemy.

The first week of the Synod is now behind us with its drama of warring camps and conspiracies and all that. But that's all news for the week. Today, with nothing officially going on, it's fitting to take a step back and look at this from a 30,000-foot view. The question we need to ask is: What are we doing here? How did we get to a point where bishops are trying to figure out a strategy to preserve the family so that the Faith can be transmitted to the next generation?

Working out our salvation in fear and trembling has to be a daily task. That goal has to permeate our daily lives. Ignore that single goal and you'll more than likely be damned. So how did the Church arrive at such a point where it has to have meetings on how to protect the family from diabolical attacks? By not living according to the Faith for the past 50 years, that's how.

These attacks have come about because society, the world, has grown more accepting of evil, and when that happens, it's a surefire sign that the Church is not doing Her job. If you want to know the condition of the Church, look at the world. Our Blessed Lord established the Church to militate against evil while being the means for salvation. In fact, we attain salvation precisely by fighting evil, by being militant. When so much evil is present in the world, that means the Church is falling down on Her mission.

Two popes speak directly to this: Pope St. Pius V: "All the evil in the world is due to lukewarm Catholics" and Pope Leo XIII: "Catholics are born for combat." Of course, nearly every pope has spoken in these direct, uncompromising terms. Catholics fight against evil, and in the process merit their salvation through cooperation with the grace freely given them by Heaven.

But this entire idea has been laid aside by many in the Church today — the fight against evil — and as a result, we are here in Rome talking about how to solve a problem created by the Church.

Make no mistake about this: The world we have today is a result of the bishops of the Church not doing their job. Many bishops don't like to hear that. Many of their Church of Nice crowd tune out. But it's the truth, whether they want to hear it or not.

That's why I've written my first book titled Militant. Many Catholics today fail to appreciate the power of the Church to crush evil underfoot. This is the mystical body of Christ, the Bride of Christ, imbued with heavenly powers to wage supernatural war against the ancient enemy. But so few leaders talk in these kinds of terms these days, which suggests that many of them no longer believe it. Many have lost supernatural faith. It's like they all have spiritual amnesia. They have forgotten who they are and what they are. And their deficiencies are destroying the faithful, causing the loss of hundreds of millions of souls — a demolition of the Faith, a spiritual disaster beyond any other in the Church.

We need to go back to our roots, we need to understand the reasons behind why a synod here in Rome is even necessary. It's necessary because of the failure of leaders in the Church to this point, and the failure of the laity to grasp the scope of the problem.

Militant is a call to arms to take a head-on, no-apologies look at what has happened and is still being allowed to happen. And that's the most disturbing point of all: The past is still the present. This current business-as-usual approach has got to stop. The Church in Her leaders must change course.

How many more of your family members, your friends, your loved ones have to abandon the Faith before we look at this horror for what it is? The first step is to realize the reality, and that's the point of Militant: an honest, no-holds-barred, 30,000-foot view of what's going on.

I'm asking you to please pre-order your copy today.

Get one for a loved one who has given up the Faith and help them perhaps understand the nature of this situation and the urgent need for them to return to the sacraments. Get one for yourself to help you get your mind around the absolute failure of many of the leaders and what their failure has caused. Get one for your parish priest, because he may very well be an immigrant priest who has been imported precisely because of the disaster, and may not realize the horrible state of affairs. Get one for your bishop, the man who most needs to read this book. They have no sense, judging from their actions, the deep danger their own souls are in. Many of them are poorly formed in the Faith, as Pope Benedict said. They are just as if not more confused than the laity.

Some are wicked; many are naïve. Some are even clueless when it comes to theology as we have already heard here at the Synod: general absolution for sexual sins, dogma determined by national borders — and that's only what we've heard.

Every Catholic needs to understand in detail the depth of this crisis and what is about to befall the Church as a result. Evil has risen to heights where it has now become institutionalized and accepted. We have reached that point in human history where evil is called good and good evil. The Holy Roman Catholic Church has permitted this by not fulfilling Her mission and losing Her identity.

Let us all recapture our sense of mission, our Catholic identity, which is our mission — an uncompromising identity — and be invigorated once again with the gifts of the Holy Spirit and rise up and be Militant. 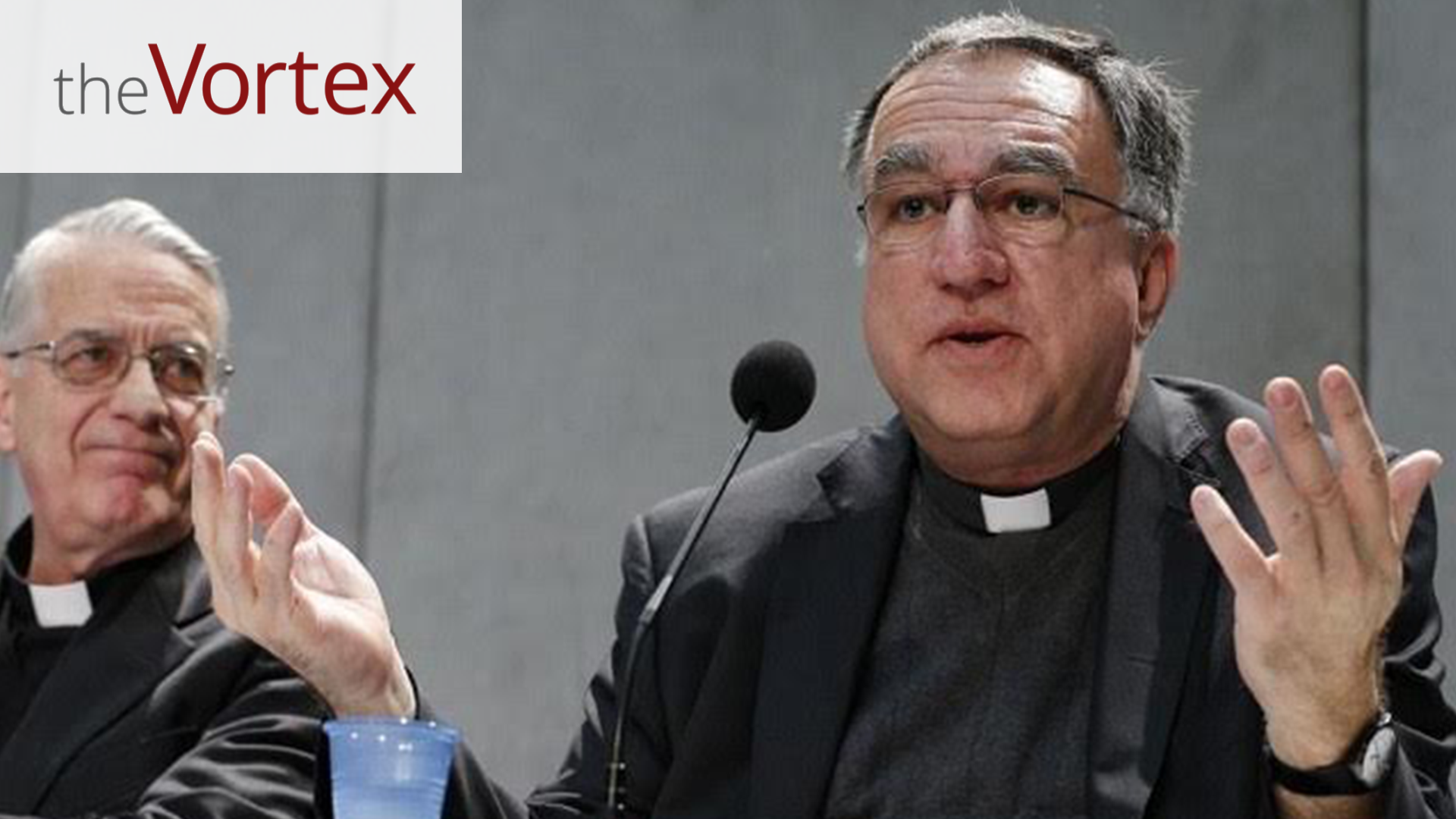