Have you heard the good news? The culture war is over. That's right. "Peace for our time."

If those words have a ring of familiarity to them, they should. They were spoken by British Prime Minister Neville Chamberlain, who pronounced them after signing a pact with Adolph Hitler in September 1938. Of course, a year later, Hitler launched his attack against Poland and so began World War II and the deaths of 55 million people. So much for peace for our time.

It is striking to note the next and last phrase that Chamberlain uttered after his famous "peace for our time" line. His next phrase was "Go home and get a nice quiet sleep."

Funny how that word "nice" always seems to pop up whenever there is some evil at work. So, we're sure you see where we are going with this. Various leaders in the Church these days, many of them in the American hierarchy, but certainly by no means confined to these shores, are claiming in various ways that the culture wars are over. There is no longer a desire to wage war with the evils of the culture but rather to lay down all our weapons and simply declare peace.

But see, what these men have wrought is not an end to the war, but a complete surrender disguised as a peaceful end. Cardinal Timothy Dolan of New York last year said in an interview with the Boston Globe about the controversy over giving Holy Communion to pro-abort Catholic politicians:

In a way, I like to think it's an issue that served us well in focusing us to do a serious examination of conscience about how we can best teach our people about their political responsibilities, but by now that inflammatory issue is in the past. ...  Most [bishops] don't think it's something for which we have to go to the mat.

Nothing like wasting your time going to the mat to protect from sacrilege and mortal sin. I mean, please — kind of medieval thinking, don't you think?!

And with that simple disclaimer, Dolan announced "peace for our time." And notice, he made quite clear he was speaking on behalf of most of the bishops.

So that's the status report from our side of the culture war battlefield. What about the other side? The enemies of the Church? Because, you know, in order for there to actually be peace, both sides have to sign on. And that's exactly what the other side has done. Not.

Listen to a quote from this past weekend's visit to Philadelphia of Pope Francis, delivered in a speech by Mayor Michael Nutter before the Pope gave his remarks. Nutter (appropriate name, by the way) — a monster supporter of men having sex with men, the same Nutter named to the position of Honorary Chairman of the World Meeting of Families by Philadelphia archbishop Charles Chaput — Nutter had this to say to the assembled masses:

In America, everyone has rights. Our lesbian, gay and bisexual citizens continue to fight for equality. Keep fighting for your rights. It's a collective fight, and there are many others fighting with you.

Do those sound like words of peace to you? Three times in 15 seconds, the homosexualist mayor used the word F-I-G-H-T. The homosexualist mayor that the archbishop bestowed honors on — because, you know, all that is in the past. We don't have to go to the mat over these kinds of things. What matters is we have peace for our day — even when that peace is a false peace.

Many priests and lay Catholics today, who actually believe what the Church teaches and try to live by it, are accused of being cultural warriors, of sowing division, of being too controversial. That charge is, first off, correct. We are cultural warriors because the culture has made war on the Bride of Christ. Our actions do sow division, as they should, because the pre-existing conditions of division are already present and we simply shine the spotlight on what is already there. And controversy only arises when ideologies clash, and in this great clash, one side is heavenly and the other satanic. You bet faithful Catholics are controversial.

Guilty as charged. Heck, we are much more than controversial; we are and should be subversive. We should be working to overthrow this culture of the diabolical, this culture which promotes sodomy as marriage, child murder and parts re-sales as constitutional, divorce and remarriage as a good and natural right, and so on. In fact, the other side is more militant than today's Church leaders could ever hope to be. Imagine, the militancy required to stand up at a microphone handed to you by the archbishop, the militancy to stand up in front of a crowd gathered to hear from the Vicar of Christ, the militancy and love of war to stand up and proclaim we need to fight for anal sex, fight with all the others who are collectively fighting with us for perverted sex.

That takes some mental degree of militancy, of a willingness to fight and wage war — wage war to the death for your cause. And yet, someone like Cdl. Dolan, a man ordained and consecrated specifically to fight against this, has the audacity to declare of the culture war: This is all in the past.

It sure as Hell is not in the past as far as the other side is concerned.

Are you listening, Cdl. Dolan? Are you listening, Abp. Chaput? Are you listening, U.S. hierarchy? You do nothing but retreat and try to portray your lilly-liveredness as peace. It is not peace; that is a lie. It is total capitulation to the diabolical, and you will be held to account for it. You care nothing for the poor souls, the sheep under you. You have no regard for them. You glad hand and back slap your way through fundraisers and press conferences and galas and parades for the sake of your own adulation.

You have sat atop the greatest destruction of the Church in Her 2000-sacred-year history, and yet you are blind to it. You are drunk on the fulfillment of your own psychological and emotional deficiencies. You know nothing of the word "sacrifice," of the paternity demanded to be shepherds of all these souls. You plow them under, denying them access to the fullness of truth. They are sheep in your view, good for nothing but fleecing for your annual financial appeals. You surrender to the culture and then give self-serving interviews and perform actions to twist the truth of reality: that the diabolical is fully engaged, while you couldn't care less. You lie when you say this is all behind us. You lie when you act in such a way as to fool the faithful into believing that the devil has put down his weapons and we are all celebrating peace for our time with expressions of joy and emotion-laden garbage.

You need to consider what would happen to you if you were to drop dead at this very moment. 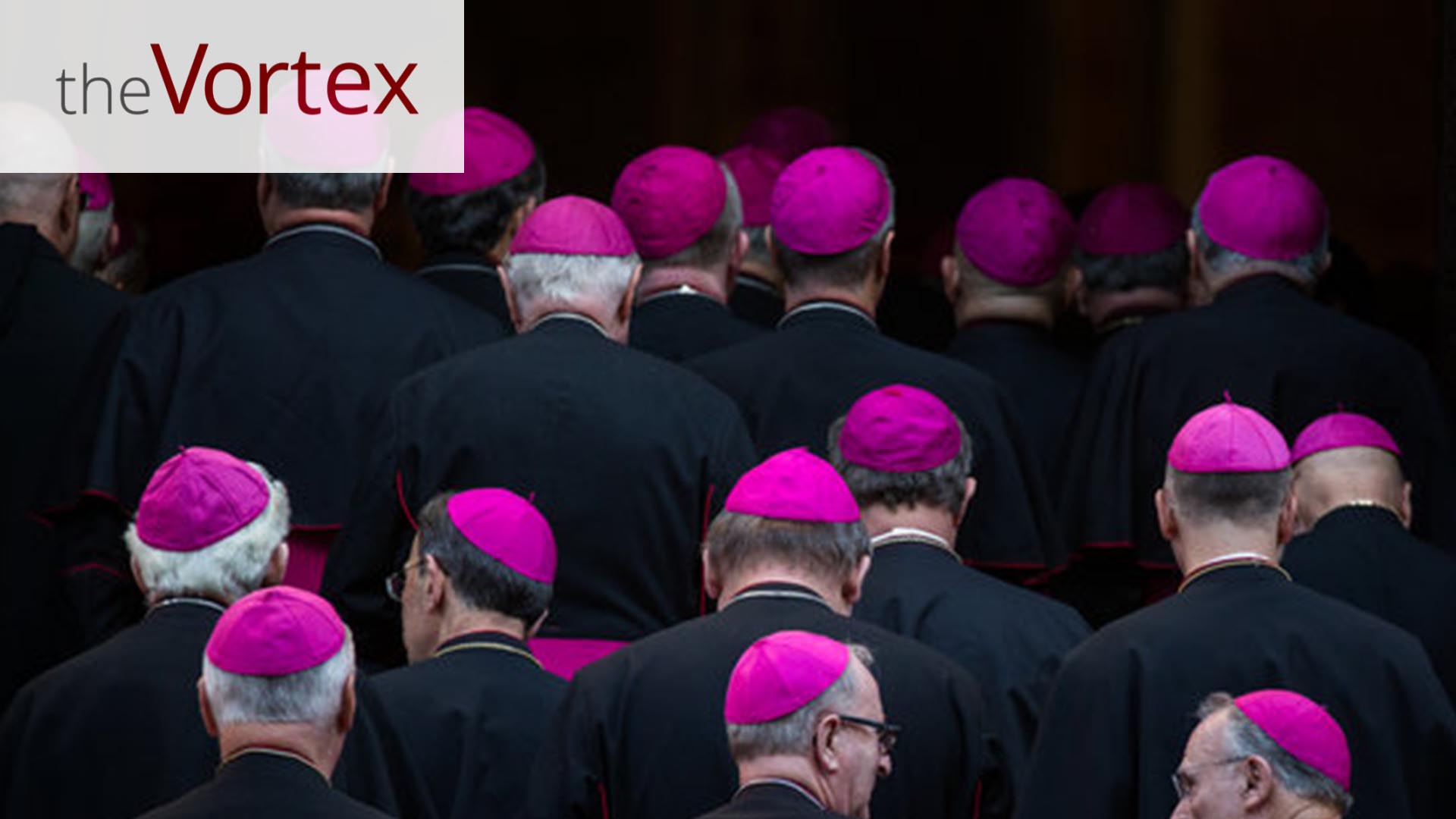