A few weeks back, a spokesman priest for the breakaway group the Society of St. Pius X sent shockwaves around Catholic circles when he came out and said the New Mass, the Novus Ordo, is an "offense against God" and Catholics should not go to it on Sundays, or any other day. That is the official position of the schismatic group — and they are in schism.

In 1988, Pope St. John Paul called their movement a schism, which is why so many of their supporters today want to take their venom against Pope Francis to the ridiculous lengths of claiming his canonization of John Paul isn't real and John Paul isn't really a saint. It's amazing how much being in schism rots the Catholic intellect, ever so certainly.

It's especially ironic that the SSPX would say that the Novus Ordo Mass is an offense against God when you stop to consider the extremely grave and serious point that every single SSPX priest and bishop is committing a mortal sin when he offers Mass.

Catholics know and understand that their priests are an alter Christus. In their sacramental ministry, priests act in persona Christi. When priests offer the Holy Sacrifice of the Mass or hear confessions, it is Christ Who is offering the Holy Sacrifice of the Mass and hearing confessions. This is a property of the ordained; it is why we say that a priest is changed ontologically at ordination and is "configured to Christ" to be able to act in Christ's Name.

Consider slowly and thoughtfully, then, both who a priest is and what he is doing when he offers the Holy Sacrifice of the Mass. A priest, an alter Christus, is offering in persona Christi the very sacrifice of Calvary to God the Father. If there is one overwhelming characteristic of the Sacrifice of Calvary, it is that it is an act of obedience of God the Son, the act of an "innocent victim" for the sins of mankind in order to save us and redeem us. There is no other way for mankind to have been saved and redeemed except through the sacrificial offering of God Himself, totally innocent and obedient, to God the Father.

If Our Lord was not innocent, then His suffering and death would have been just. Our Lord, the Just One, laid down His Life for the unjust, something which could only be done as an act of obedience. Since Our Lord's death was not just, it could only be offered willingly and obediently.

Loving obedience is, therefore, at the heart of the Sacrifice of Calvary. Recall, then, what we just said earlier about who a priest is and what he does when offering the Holy Sacrifice of the Mass. A priest, an alter Christus, is acting in persona Christi offering the very same Sacrifice of Calvary. Now superimpose on this image the "Non serviam!" of disobedience, and you should be able to see that any Mass said by a suspended priest is an alter Christus acting in persona Christi in disobedience to God. It's the "Non serviam!" of Satan offering Mass in reparation for his own sin of disobedience.

All SSPX priests are suspended a divinis. Therefore, every Mass they offer, no matter the circumstance, is an act of disobedience by an alter Christus acting in persona Christi. Every Mass offered by a priest or bishop of the SSPX is the act of a "disobedient Christ" at the altar. This image should make you stand in terror at what is actually going on.

This is one reason why no lay Catholic who says he is a faithful Catholic could or should ever be caught dead at such an act. And it doesn't matter that some bishop here or priest there says it’s okay for an SSPX priest to offer Mass, even in St. Peter's Basilica itself. Why would the SSPX brandish approval from a priest or even the Vatican on the one hand, whom they say are wrong on so many other points, and yet condemn them on the other hand?

Catholics who go to SSPX chapels: Are you so incredibly certain of your case that that priest is not being disobedient — even when the Pope has said so — that you are willing to gamble your eternal destiny on it? Remember the whole picture here: The Pope himself, three in a row now, have said these priests have no faculties for offering Mass, hearing confession, witnessing the sacrament of marriage and so forth. And the fact that they claim a jurisdiction unto themselves that the Pope himself has said does not apply and they have no right to do, that with this self-proclaimed jurisdiction they say they can tell the Pope to butt out and proceed to offer Mass — you are staking your eternal lives on the words of these disobedient priests and bishops.

It is them vs. the Pope. And if you side with them, knowing everything you know, then God have mercy on you.

No matter how bad or wrong or corrupt or whatever a pope, any pope, at any point in history maybe, he does not surrender his authority to declare on the jurisdictional matters of the Church — ever. The Church has had a number of bad popes, evil men, corrupt men, weak men, etc. Even the first pope didn't start out with such a hot record. But at no point did any of the other Apostles step up and say, "Step aside, Petrus, Cephas; you're done here. Give me the keys."

We here at Church Militant plead with you Catholics who are supporting this schism: Examine your consciences, surrender your pride and come back into the Church.

We make the same appeal, most especially, to the priests of the SSPX. We know how much you are pained to see the abuses, the neglect, the heresies, the evil of many of these unrepentant bishops and clergy who will surely rot in Hell for eternity for their crimes and assaults against the Bride of Christ. Do not go there and join them — they for heresy and you for disobedience. Imagine your pains owing to your pride and disobedience that for all eternity you would be consigned to the same hellfire as them, with Satan laughing over both of you.

There are many paths to Hell and only one to Heaven: obedience, absolute and total obedience. If your conscience is disturbed or troubled in any way at all over your personal reflection and consideration of this, then you are faced with a choice — now, today, this very moment — and you must choose.

And remember, your eternal life is what is at stake. You'd better be 1000 percent certain.

Church Militant will be releasing our FBI — Faith-Based Investigation — on this whole issue of the SSPX this coming Friday. Please stay tuned for that. 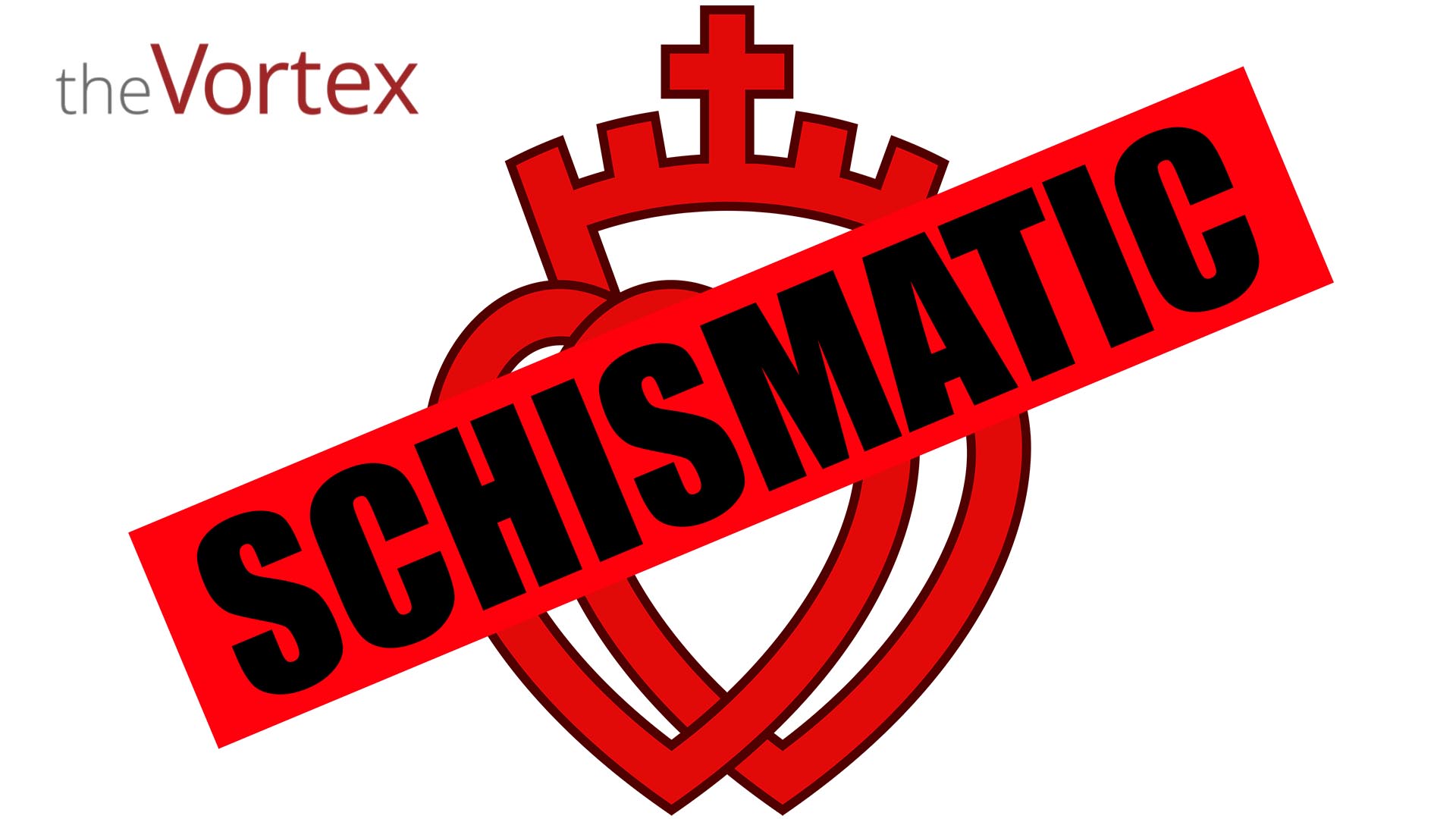