In the 1960s, as the heresy of Modernism was coming into full bloom, a proportional evil was happening in the Church. A judgment was being arrived at that the Church had to begin making consort with the world, approaching the evil of Modernism by constantly trying to dialog with it, treat it respectfully, recognize the good in it where it existed.

Call it trying to baptize Modernism. The strategy, if it could be called such, has proved to be an epic failure. Leaders have failed to recognize the essential, fundamental, foundational truth of Christianity — that it must oppose worldliness, not try to baptize it.

The Church is to be holy, and holy has at its core the idea of being separated from the world, to be divided from it. Saint Peter says very plainly that we are a holy nation, a royal priesthood, a people of God's own special possession — in short, a people set apart. This understanding of holiness and the strategy of baptizing modernity are absolute opposites. And all you have to do to see which one is more effective in fulfilling the mission of the Church is to look around.

There has been for 50 years now this unwillingness to recognize that being holy brings about division. Division hurts. It costs. It isolates. And it is absolutely necessary. Our Blessed Lord Himself told us He had not come to bring peace, but the sword, division.

No one is advocating to go out and try to divide people and create division for its own sake. But we must begin to recapture the notion that holiness will cause division in this life between the sons of God and the offspring of Satan. It's just that simple. It will be the ultimate division at the end of time, but that begins in time. The world for the time being is still under the considerable influence of the diabolical, and as long as that is true, the sons of God must seek to pull away from the evil, set themselves apart from it, in both their own souls as well as the world.

This is the very mission of the Church, after all — to rescue souls from the clutches of the diabolical; and the diabolical controls too much of the world to try and make peace with it. This is why this constant compromising on the part of Church leaders has got to come to a halt. It begins in their minds, because in their souls they have already given up the fight. So the rationalizations begin, and chief among them is to win the world over by being friendly toward it. Try to agree with anything and everything that can be agreed to, or even somewhat agreed with. Appear to be the most hospitable, agreeable, friendly, accommodating institution on the face of the earth so that people will say, "Oh look, they aren't that mean and judgmental like everyone says. Perhaps I'll become Catholic."

What a profoundly stupid strategy. All that does is give permission for people to ignore their consciences, to stop seeking after truth, to continue in their sin. And it paves the way for Church leaders to damned in their own right. But it's why we see such un-Catholic things as Cdl. DiNardo of Houston-Galveston turning his cathedral over to Methodists so they can use it to "ordain" a pro-abortion female minister. It's why Boston cardinal Sean O’Malley would jump up and let a Protestant female minister anoint him. It's why New York cardinal Timothy Dolan would be Grand Marshal of a St. Patrick's Day parade where one group of marchers was celebrating sodomy. It's why Philadelphia archbishop Charles Chaput would allow honorary positions to be bestowed on pro-abort and pro-sodomy politicians at the World Meeting of Families coming up in a couple of weeks.

Many years ago, various voices were warning that this approach to the heresy of Modernism would prove devastating to the Faith. In some ways, what they were saying was obvious. The leading voice among them was the Pope himself, Paul VI.

[W]e are aware of the disquiet which agitates certain modern quarters with regard to the Faith. They do not escape the influence of a world being profoundly changed, in which so many certainties are being disputed or discussed. We see even Catholics allowing themselves to be seized by a kind of passion for change and novelty. The Church, most assuredly, has always the duty to carry on the effort to study more deeply and to present, in a manner ever better adapted to successive generations, the unfathomable mysteries of God, rich for all in fruits of salvation. But at the same time the greatest care must be taken, while fulfilling the indispensable duty of research, to do no injury to the teachings of Christian doctrine. For that would be to give rise, as is unfortunately seen in these days, to disturbance and perplexity in many faithful souls. (Solemni Hac Liturgia, 4)

Nowhere in the history of the Church has the Church ever tried to make peace with a heresy. It has set about to destroy it. The Mother of God, the Queen of Heaven, even has as one of Her titles "Destroyer of Heresies." Why, oh why did these men even get into their heads the idea that the best way to vanquish heresy is to invite it to dinner and discuss things over a scotch afterwards?

The people who warned of this back in the day were labeled prophets of doom. They raised their voices, made appeals, pointed out that the spirit animating such things as ecumenism and rapprochement with the world was a wicked spirit that would bring destruction. And they have been proved right, a thousand times over. Today, the same response comes from leaders who for some unfathomable reason still have not been able to see their own failure.

Anyone, any modern-day prophet of doom who raises his voice and cries out that things need to change is immediately banished, called a bringer of division, a person who does not unite. On the last two scores, leaders are right. Absolutely there needs to be division, because holiness is not possible without it. Unity with the world brings spiritual death and must be fought against at all costs. Look at every Catholic institution and you see the folly of the Church refusing to divide itself from the world. Colleges, universities, religious orders — the mountains of lost souls who have abandoned the Faith is beyond reckoning.

For almost 50 years, God has sent the prophets of doom to the leaders of His Church, and they have stoned the prophets sent to them. In a short while, they will see the folly of their choice to accommodate the world and murder the prophets — and it will be too late.

This is why the hallmark of Modernism accepted by so many in the Church — that we have a reasonable hope that all men are saved — must be clung to for dear life by the accomodationists, and why they must stone the prophets. Their entire edifice is built on a false notion of mercy and a presumptive notion of God. They believe the world can be accommodated and chatted with because in the end, in their hearts and minds, they are not in a battle to the death with the world. Jesus Christ says the exact opposite. They may stone the prophets, but it will be to their everlasting shame and torment.

Pray that they see the light now, while some souls, including their own might still be saved. Stoning the prophets always works our poorly in the end, for those throwing the stones. 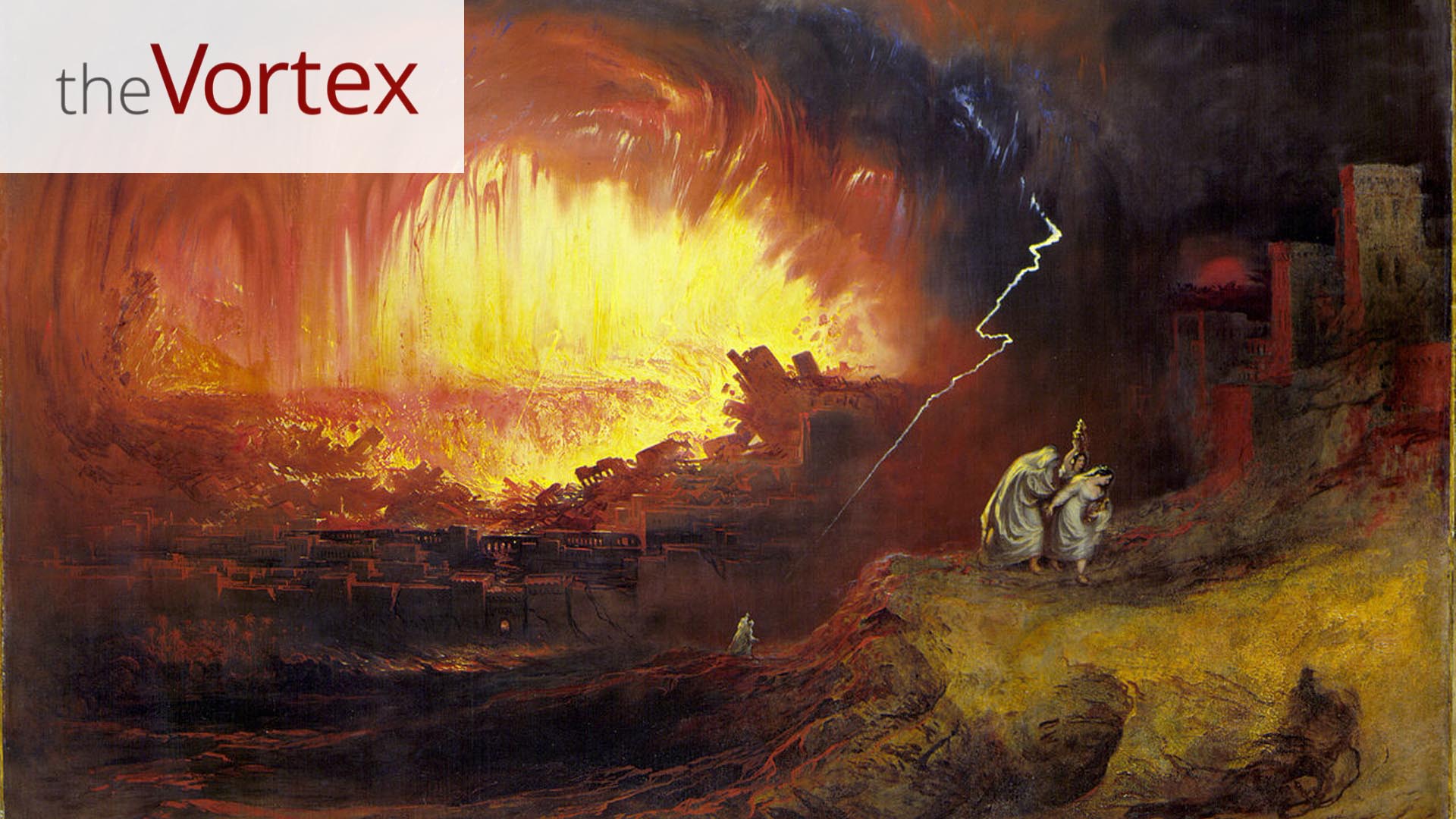