Out of the gate, allow us to say that the Vortex we produced earlier this week where we briefly touched on comments about same-sex attraction made to seminarians at the archdiocese of Detroit major seminary has caused quite the stir in the archdiocese.

As we predicted in the Vortex episode (it turns out more accurately than we knew), some would take this report as picking on or singling out Detroit’s seminary. And as we said then, and repeat: not true. We said then — and again repeat — this was one example of a persistent problem in the Church establishment: the catering to the feelings of homosexual men, also more clinically stated — men with same-sex attraction.

We correctly reported that a priest on staff told seminarians not to go in and out of the bathroom showers in towels because it posed a potential occasion of sin for other seminarians who may have same-sex attraction. They should wear their bathrobes instead. In other words, there are men in the seminary for whom the sight of other men half-dressed (which is a normal, everyday occurrence in a dormitory-like setting) could be a temptation to impurity, or at least impure thoughts.

Men studying for the priesthood who are tempted by such sights should not be in seminary.

As Fr. John Hardon often said — and many others have repeated because they understand the common sense reality — the most dangerous place for a man with homosexual tendencies is a seminary. We used this as nothing more than just one example as a springboard to discuss the much larger issue of how homosexuality is practically catered to by many leaders in the Church today and the great damage that catering is doing.

That was it. That was our point, a point we have stressed over and over again — much to the chagrin and rage of many clerics, but also the quiet and joyful support of many other clerics who understand the reality of the homosexual subculture in the clergy. In fact, our example of what the priest told the entire assembled house of seminarians amounted to less than 20 percent of that Vortex. More than 80 percent of it went on to lay out the case that for decades in the U.S., priests and bishops have set the stage for this ocean of homosexuality to overwhelm the Church, both culturally as well as inside the Church. Not one single, sane, understanding person would disagree with that assessment.

That Vortex episode resulted in a flurry of comments and back-and-forth e-mails and phone calls among all kinds of people in the archdiocese. We took great interest in one particular correspondence which was sent our way by multiple sources, both within and outside the archdiocese.

It was a 700-word e-mail to the entire faculty/staff of the seminary by the priest who made the comments we reported on. Out of charity we did not publicize his name. And unless it becomes necessary, we will continue to adhere to that. However, we are going to share some of his e-mail to the faculty/staff with you to show you how it completely evades the question we were raising.

First, he flat out admits that the event we reported was correct in its essence. He said, "The issue arose because I saw several of the men go to the shower from their room with only a towel wrapped around them. I received complaints from other seminarians about this."

That's what we reported.

Next: "I said, in these words or words of identical meaning: Please wear bathrobes to the shower for decorum's sake and for the sake of charity. As an example of what the wider needs of the community might be, I used as an example of potential uncharity the following example: What if unknowingly one of your brothers suffered from SSA? Your lack of modesty would be uncharitable considering your neighbor's needs."

That too is what we reported.

But the priest in question throughout his e-mail to the entire faculty/staff at Sacred Heart Major Seminary bashed our report. He spent a large amount of his e-mail saying he was pretty sure who had contacted us and then trashing the fellow who was eventually kicked out. He even said at one point that the way we reported it sounds pretty darn close to how the former seminarian talked about the situation.

Normally, we would never follow up on a report like this because it isn't worth the effort. But one phrase in his e-mail to the entire faculty/staff so jumped out that it needs to be unpacked. It is this: "As an aside, in a group of sixty men, the notion that none of the men suffer from homosexual ideation is naïve. It may be helpful for Mr. Voris to grow up."

Excuse me, Father, but you just underscored our point. We need no lecture that there are men in seminaries who have homosexual tendencies. In fact, we would prefer to have been naïve in this regard. The presence in decades gone by of the strong homosexual subculture is all too evident — Detroit included, with its weekly gay Mass which has been allowed to continue for over 40 years. We know very well the issue and dangers posed by this. We report on it almost everyday.

What grabbed us about your e-mail was the lack of any mention that you do your best to screen out men who have this tendency — as the Vatican has said over and over, all the way back in the modern ear to Pope John XXIII and virtually every pope since then. Far from our being naïve, it seems that you are the one demonstrating the naïveté. You tell men in your charge studying to offer themselves as living sacrifices to God that they should put on bathrobes so as not to be occasions of sin for fellow seminarians.

Further, you made a deal out of it by announcing to the entire seminary. Why didnt you announce that if any among them are bothered by seeing other men in towels that perhaps the seminary is not the place for them?

Pope John XXIII said such men should not be in seminary. When he was still Cardinal Ratzinger, Pope Benedict said the same thing and then repeated it again as Pope, as did his predecessor Pope John Paul. The seminary is not the place for any man who has homosexual tendencies, even if hes not acting on them. Havent leaders learned this lesson yet? The Vatican itself has warned about this repeatedly.

We neither think nor said that Sacred Heart Major Seminary is a hotbed for, as you put it, a significant or even nominal presence of homosexually oriented men." Never said that. Never implied it. Never went there.

We weren't talking about the seminarians. We were referencing your approach, not them. You formulated your approach to the situation of men in towels as being uncharitable to those who might have SSA. Your own words again from your e-mail to the entire staff/faculty in this regard: "I brought this up at the house meeting because I want the men to learn, recognizing the charity they are called to grow in, consists in not simply considering their own druthers, but to be cognizant of the needs of the wider family."

What about the charity that should be extended to the SSA man? He should not be allowed to remain in an environment where normal, usual behavior is an occasion of sin for him. Is there not charity demanded from the formation team to remove him from such a spiritual danger? What about giving further some consideration to the idea that he might not be alone in his tendency? You yourself said it would be naïve to expect in a house of 60 men to expect that none of them suffer from SSA.

What if two or more men with this emotional, psychological disorder somehow come to encounter each other? There is precedent (and there is a lot of it in the Detroit archdiocese — but we will leave that aside for the time). What about the horrible possibility that instead of being dismissed from the seminary, that he, God forbid, would be ordained? Catholics expect that their leaders send them good and holy priests, not let loose suffering souls on them in positions of leadership who can wreak havoc on the innocent sheep. Again, much precedent.

This is the attitude of leaders that we presented as a topic and nothing else: that homosexuality gets too much of a pass by those in the Church today.

So, all this said, in response to your e-mail to the entire faculty/staff (which was shared with us by multiple sources), we are extending you a personal invitation to come on our Mic’d Up show next week and have a man-to-man conversation about all of this — all these issues we raised.

Does Sacred Heart Seminary take pains to screen out men with homsoexual tendencies as the Vatican as well as various popes have said all seminaries should?

Is it appropriate to announce that all the seminarians put on bathrobes instead of kindly suggesting that men affected spiritually should simply withdraw?

Near the end of your e-mail to the faculty/staff, you wrote, "I realize some of the topics we cover may be offensive to pious ears, but not addressing them is even more problematic."

We agree. In light of the constant scandals regarding homosexuality and the clergy, these issues need to be talked about. So many people are constantly pounding the dialogue drum — so let’s dialogue. 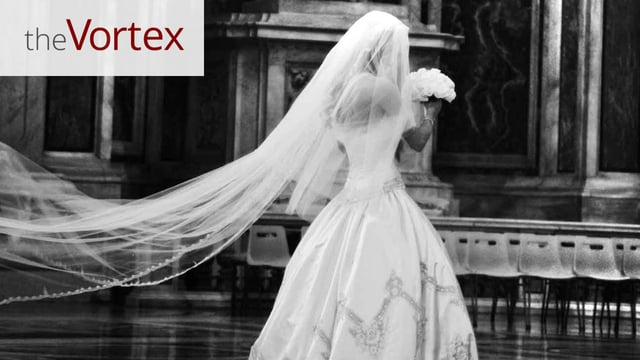 The Vortex—Worth Fighting For? You Bet!