If you haven't noticed the number of priests and bishops who are coming out as gay or in support of sodomite rights in various forms, then you haven't been paying attention.

Add to that the number of clerics who have spent decades looking the other way as homosexuals have established themselves in Catholic schools and parishes as "ministers" of varying types, and you have a nest of homosexuality firmly rooted and well allied with many clerics.

Many bishops are paralyzed with fear by this gay sub-culture. The late Cardinal George of Chicago even said privately to a confidante — who shared the info with us — that if he were to challenge the status quo in his archdiocese that the one third of priests in Chicago that were gay would make life miserable for him.

It's very hard to arrive at a percentage of clerics who are homosexual. Studies put the number all over the map because of various ways that they approach the question. But the range of estimates is from 15 to 58 percent. No figure comes in lower than 15 percent, which would be an outstanding one out of seven.

Since the accepted figure of the overall homosexual population is generally considered to be around 1.5–2 percent, this would mean the percentage of Catholic clergy who are homosexual is far greater — on the order of at least ten times greater than the overall population — and that is the most conservative measurement. If any of the other studies are correct, the percentage of gay men in the clergy is dozens of times higher than in the society at large.

And this begs the extremely serious question — the question we raised in our most recent Vortex episodes last week — how is this happening? Before a man with homosexual tendencies becomes a priest, he is first a seminarian. And even before he becomes accepted to the seminary, he is first an applicant.

It is no secret — in fact, it is part of the historical record — that large numbers of seminaries in the 1960s and forward were, practically speaking, hotbeds for homosexual activity. The one here in Detroit was closed down in the late 1980s because of the frightening homosexual activity going on. It is a matter of record — indisputable fact — that seminarians were forced to watch homosexually pornographic videos on a routine basis under the pretense of it being a "class" in human sexuality. This was done under the rectorship of Msgr. Kenneth Untener, who eventually was promoted to bishop and went on to wipe out the Faith in the diocese of Saginaw. Many of the men ordained in that era are now the upper crust of the Detroit diocesan clergy and have great influence.

But to focus your attention on what occurred in Detroit would be a mistake, and to miss the much larger picture of what was going on almost universally in the American Church beginning first slowly in the 1960s and reaching enormous proportions by the 1990s — so much so, in fact, that the Vatican found it necessary to step in and conduct a multi-seminary investigation into the matter — and to no surprise, the Vatican concluded there was in fact a serious morals problems in US seminaries, and much of it involved homosexuality.

During those roughly 30 years, thousands of homosexual men were ordained and let loose on unknowing faithful Catholics — men who were psychologically disturbed, trying to work out their own issues while leading parishes and chanceries. Needless to say, enough of these men worked their way up the ranks and became bishops and senior clergy and kept the homosexual collective going in dozens and dozens of dioceses. They perpetuated their numbers by ensuring they got control of seminaries and vocations offices so they could screen out good, orthodox candidates and allow in men who were homosexual or would not resist the gay agenda in the Church. This happened in religious orders as well as dioceses, and it was widespread.

After decades of this business as usual, you can now understand why there are so many LGBT so-called ministries at hundreds of parishes and dozens and dozens of dioceses across the nation. And now, this is why we see so many priests "coming out" and either announcing they are personally gay, or that the Church needs to re-think its moral teaching with regard to homosexuality.

This problem must be choked off in the seminary. Men who are not certain of their heterosexuality should not be in seminary. Period.

Seminaries must work overtime to prevent a man who identifies, thinks, or wonders about his sexual identity from being admitted. The Vatican itself has said this repeatedly.  And yet, this "soft underbelly" approach continues all too often. The bishop in a given diocese has a duty before God and the Church to do his absolute utmost to ensure that candidates for priesthood are not suffering from psychological disorders.

Prior to the tidal wave of political correctness that hit the professional psychological community in the 1970s, which resulted in homosexuality being stricken from the list of disorders, it was always viewed as such. The Church still views it correctly as such.

Seminaries must err on the side of caution if there is the slightest doubt with regard to an applicant in the process of seeking admission or once a man is admitted. If faculty or staff are aware that a seminarian is having temptations or spiritual struggles by seeing his fellow seminarians wearing towels in the bathroom showers, for example, then the only response, out of charity for the seminarian, is to ask him to leave.

No man has a right to the priesthood, least of all those who have proven, at least collectively, not to have the requisite psychological maturity in this area. The dangers are simply too great to allow this to continue even in one case. One young man, interiorly confused for whatever about his sexuality, can become a monstrously destructive force, once ordained.

Seminaries have the sacred duty before Almighty God to prevent this. Men with homosexual tendencies should not be in seminary. 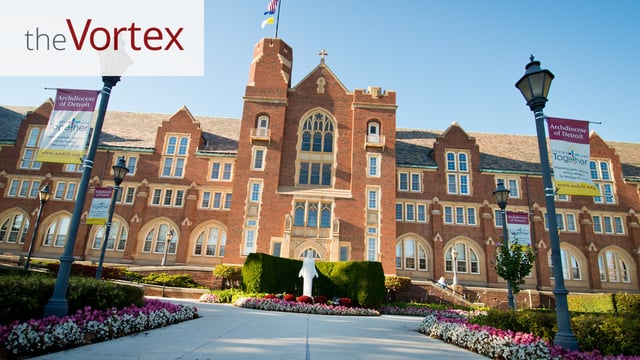