There barely exists an institution in the Church these days not marred by compromise with modernism, heresy and schism. From the entire educational apparatus — grade schools, high schools, universities, religious education programs at parishes, CCD, RCIA and marriage prep.

Then we can turn our glance over to the hospital system run by various Catholic communities with the sanctioning of the local bishop. News just broke from Redding, California earlier this week that Mercy Medical — a Catholic hospital — has reversed course and will now violate Church teaching and perform a tubal ligation on a patient, under threat of a lawsuit from the ACLU. Who else?

And, of course, having been given that inch, the ACLU now is demanding the entire policy, which is Catholic teaching, be dropped at the Catholic hospital.

We see case after case of the Faith being compromised or outright rejected by the very communities that run the hospital. The usual course of action is to sell out totally or nearly, or at least enough to get a big pay-off to a secular health system looking to expand. That secular outfit moves in and makes cozy with the religious order or community, which has usually also already sold out the Faith.

And then come in the demons: abortion, sterilization, birth control ... One by one these slip in under the approving nod of the religious community. Eventually the news becomes public, and all hell breaks loose. The local bishop is told by faithful laity, and then the stone-walling double-speak is let loose in the form of unclear press releases that never address the issue at hand. The facts are ignored and the Establishment Church simply hopes the situation blows over.

The first woman you heard from actually went to a Catholic hospital in LaCrosse, Wisconsin during her pregnancy and was pressured by the doctor (an abortionist on staff, it was later discovered) to kill her child — repeatedly pressured.

LaCrosse is the diocese where Cardinal Raymond Burke was formerly bishop before going to St. Louis and eventually Rome. The case developed into quite the story in the local media, and the local bishop, William Callahan, did his best to calm the storm — without telling the hospital and the nuns who run it to get rid of the abortionist on staff. In fact, it turns out that there were a total of four abortionists parading around the hospital sent over from the internationally acclaimed and celebrated Mayo Clinic in Rochester, Minnesota.

So, of course, a meeting had to be called by the powers that be. And according to inside reports from within the hospital, Bp. Callahan said to the hospital brass not to worry, that he wasn't Cdl. Burke and he was not going to make them get rid of the abortionists.

Yes, you heard that right — not going to make them get rid of the abortionists

Church Militant got in touch with the press office of the diocese to get their side of the story, but got no response — as usual. (By the way, you will hear that said a lot by faithful Catholic independent media — we asked and got no response.)

Church leaders have no idea what to do when confronted by Catholic media they have no control over who catch them red-handed. So they smugly ignore their media requests and carry on as though it was the 1940s and they are accountable to no one. (More on that in a later Vortex.)

So where do we stand with all this as of today? This week's Mic'd Up episode picks up the story with all its sadness for the Church and scandal and asks the question: Is it the bishops who are "sick" and in need of spiritual hospitalization?

Tune in to this week's Mic'd Up and learn more. And a note here: This kind of thing goes on all over the country; LaCrosse is no exception. There are some good bishops who do face down evil; Bishop Robert Vasa, while he was in Oregon, pulled the name from a formerly Catholic hospital for violating Catholic teaching, as did Bp. Thomas Olmstead of Phoenix following an abortion at a Catholic hospital authorized by a nun.

But these cases are the exception. The rule among many prelates is: lLok the other way, try to downplay and get rid of any controversy ASAP, and do nothing to end the evil because that would rock the boat. More than sick, that kind of approach may very well indicate a given state of spiritually DOA. 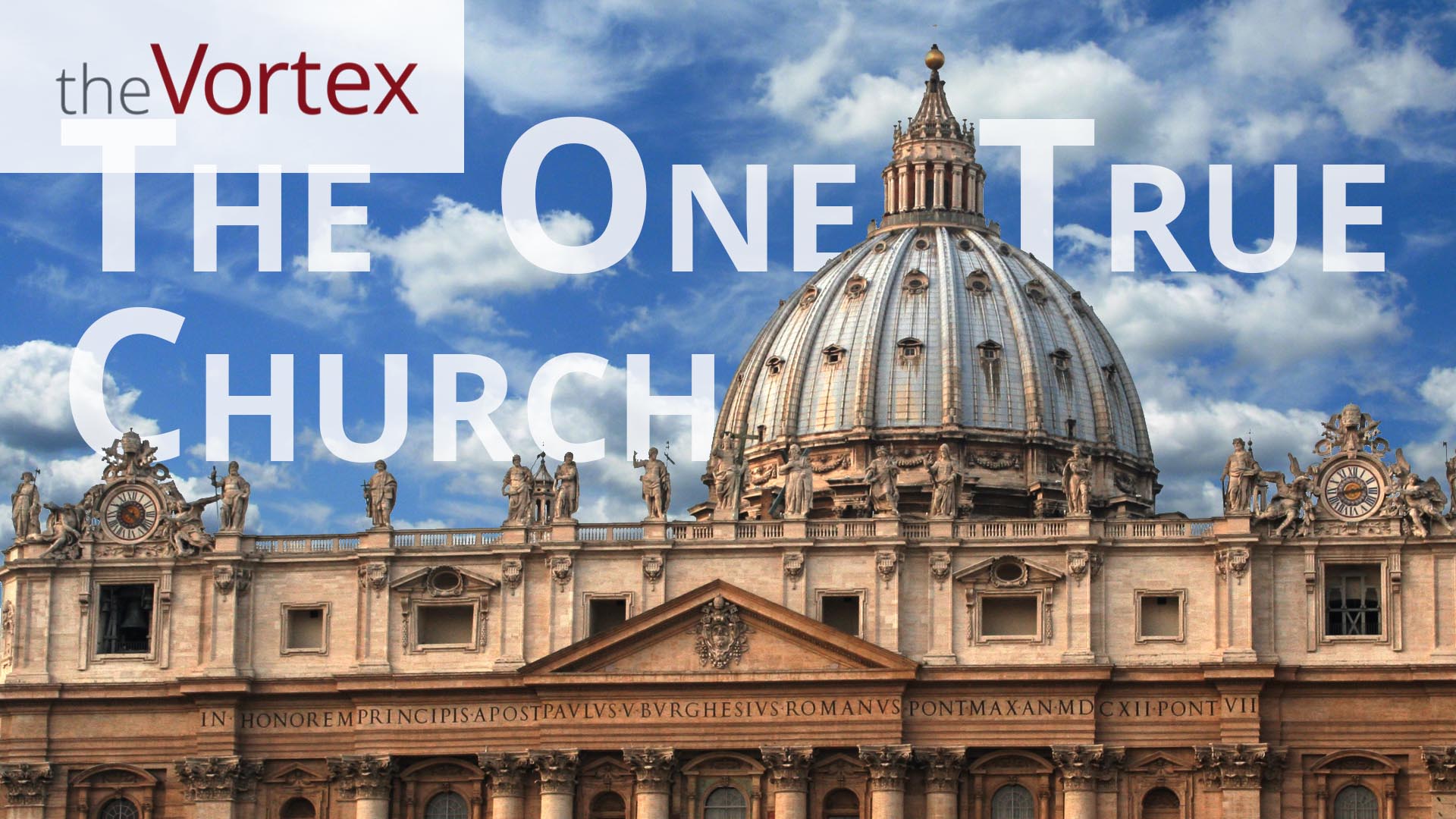 One Religion to Rule Them All