Right out of the gate, even before the Synod officially got underway, a shocking revelation from the Italian media that a high-ranking official in the Congregation for the Doctrine of the Faith (CDF) came out as an active homosexual with a partner.

The announcement in the Italian media brought an almost instant response from the Vatican, which said the Polish priest Kryzsztof Charamsa, a Vatican theologian, was irresponsible and placing undue pressure on the Synod right from the opening bell. But in many ways, what Charamsa has done is merely bring out into the open what many have long suspected and even been discussing quite freely: that there is a major push by gay and gay-positive clergy to get the Church to accept homosexuality.

We saw this displayed at last year's synod when it was revealed that Italian homosexualist archbishop Bruno Forte inserted a number of paragraphs into the infamous Midterm Relatio saying that homosxuals have "gifts and qualities" to give to the Church. When challenged by Church Militant to further explain what exactly that meant, he backed down and laughed it off, saying all he meant is that people should be loving to each other.

In the ensuing year, there has been agitating in the form of meetings and conferences and speeches and papers published, and now this latest shocking revelation from inside the Vatican itself, all of it aimed at trying to present the picture that the Church needs to "update" its teachings on homosexuality.

Charamsa's lengthy interview was published on Saturday morning in a Roman paper, and on that same day, a gathering of gay-positive and pro-gay groups was holding an afternoon meeting in Rome talking about this very issue, trying to push for a change in Church teaching. Homosexualist groups from all over the world got together and gave speeches and mingled for four hours before hearing the keynote speech from Mexican bishop Raul Vera, who was called to the Vatican four years ago to explain his support of a homosexual group in his diocese.

In short, there is an explosion of homosexual-related news and events surrounding this synod, so much so that some here have started naming it the Sodomy Synod. A war has erupted over the issue, in fact. Three very well-respected theologians, backed by cardinals and bishops, just published an analysis of the agenda document of the synod and said it was "unacceptable" and "compromises the truth." They attacked the document, known as the Instrumentum Laboris, in three major areas, saving their harshest criticisms for the document's approach to the area of homosexuality. They said in summary that the very issue of homosexuality should not even be addressed the way it is at the synod because homosexual couples do not constitute a family, and the whole topic therefore is off topic for a synod on the family.

Many observers will recall that at last year's synod, Cdl. George Pell of Australia gave an interview in which he said the issue of Holy Communion for divorced and civilly remarried Catholics was a red herring — he called it a stalking horse — and what the real issue was was homosexuality and trying to give the impression that the Church was legitimizing it. Since the U.S. Supreme Court decision this past summer, the issue has gained even greater prominence, as was evidenced by the Holy Father's trip last month to the United States, where the homosexuality issue was front and center in Washington, D.C., New York and Philadelphia.

As the curtain rises on this year's synod, there is no doubt that the question of homosexulaity is getting large play behind the scenes and around the edges. It can only be a matter of time, probably later in the process, that the topic comes up fully in the open within the Synod Hall. While the current crisis in the Church has many parallels in our 2,000-year sacred history, there is one glaring difference: Never has there been a formal attempt by so many bishops, theologians, cardinals and archbishops to seek the Church's blessing for homosexuality. And hiding that attempt behind calls for fake "mercy" and false "compassion" does not lessen the guilt of these traitorous men.

A couple of years back, Church Militant took a beating in the Church of Nice blogs and the Catholic establishment media for reporting on the issue of homosexuality within the clergy and the limp-wristed support of it by huge numbers of prelates. We stood by our stories and, unfortunately, our reporting back then has been proven correct. The number one issue in the Church these days is the unfaithful, pro-gay priests and bishops who have let the Church be overrun and Her teachings be presented in a massively distorted way. The grand prize for these heterodox clergy is not Holy Communion for the divorced and civilly remarried; it is Church recognition of sodomy as a good. That's what many have come to this synod to promote — or at the very least, pave the way for.

One last point: Early Saturday morning, as preparations for the synod were wrapping up, an eerie fog slowly moved in from the north, enveloping the Vatican and the famous Dome of St. Peter's Basilica, presenting a look of encircling gloom and blotting out the sun's rays until late morning. Let us all pray very intensely that this is not a sign. 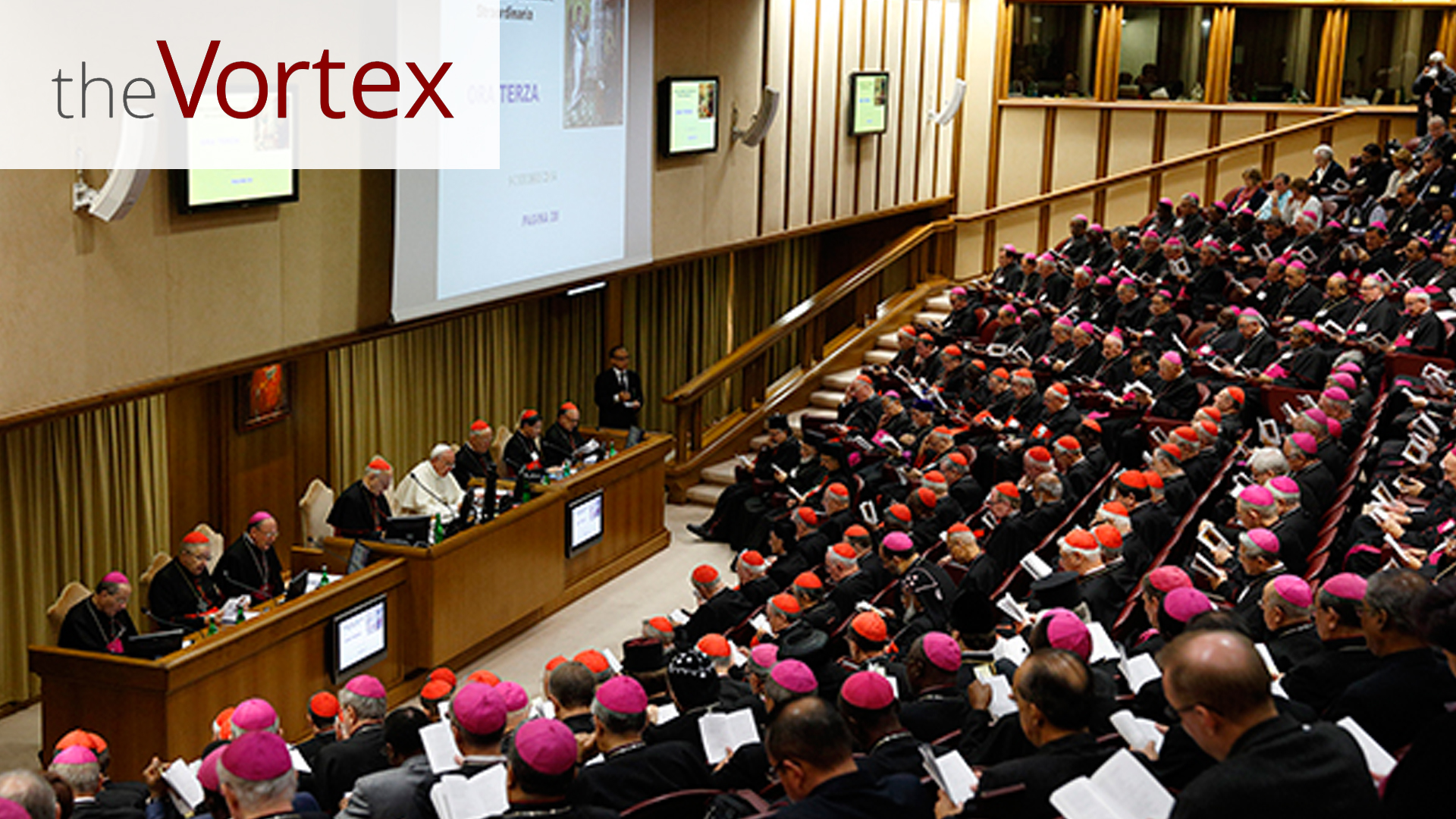