It is frequently stated by the SSPX and its supporters that you can fulfill your Sunday and Holy Day Mass obligations at SSPX Masses. This is not true as it is usually portrayed.

It is true literally, technically and canonically, but SSPX supporters and the SSPX itself has presented it in a most deliberately misleading and deceptive fashion. SSPX chapels are not just another place where Catholics can go to Mass, like choosing the parish up the street or in the next town. That is not true and has never been true.

But that doesn't stop the SSPX or its cheerleaders from constantly deceiving and misleading people through incomplete and out-of-context quotes from Vatican officials giving the impression that participation in SSPX Masses and sacraments is a legitimate and acceptable option. It isn't.

For example, they often refer to the January 2003 statement from Msgr. Camille Perl of the Pontifical Council Ecclesia Dei (PCED) where he says: "In the strict sense you may fulfill your Sunday obligation by attending a Mass celebrated by a priest of the Society of St. Pius X."

But what they conveniently leave unsaid by Msgr. Perl is the following: "We have already told you that we cannot recommend your attendance at such a Mass and have explained the reason why."

The reason why, according to Msgr. Perl, is as follows:

The PCED responded in 2008 with the exact same cautions:

While it is true that participation in the Mass at chapels of the Society of St. Pius X does not of itself constitute 'formal adherence to the schism' (cf. Ecclesia Dei 5, c), such adherence [to a schism] can come about over a period of time as one slowly imbibes a schismatic mentality which separates itself from the teaching of the Supreme Pontiff and the entire Catholic Church.

Notice, by the way, the number of times the words "schism" and "schismatic" keep popping up.

And as recently as June 18, 2015, the PCED responded in writing to a private inquiry which Church Militant has:

In relation to the obligation to attend Mass on Sundays and holy days of obligation, its fulfillment at Masses celebrated by priests of the SSPX is justified only in the case of physical impediment, there being no other reasonable way of fulfilling the obligation.

Earlier in this same letter: "In the light of this, it should be clear that those who adhere to the Society of St. Pius X are to be considered as not in full communion with the Catholic Church."

So those who claim that one can fulfill one's Sunday and Holy Day obligation at SSPX Masses are only correct technically speaking and are being the most treacherous and deceitful one could be; keeping the full truth from people in such a grave area is worthy of damnation. The sheep are being deliberately tricked.

You do not fulfill your Sunday and Holy Day obligations through regular, planned, premeditated attendance at SSPX Masses.

Given what the PCED said so recently in response to this very specific question, one cannot justify the existence of Catholic communities centered on SSPX Masses and sacraments. The Society is "not in full communion with the Catholic Church."

But there are two other serious sacramental problems that must be understood by everyone who may wish to attend SSPX chapels. If you take nothing else away from this letter, at least hear this: The SSPX's marriages and absolutions are invalid because their priests lack the necessary faculties.

That is why Pope Francis had to extend special consideration for the upcoming Year of Mercy for the confessions and absolutions of SSPX priests to be valid — because in the normal course of events, they are not valid. Being absolved by a priest of the SSPX has no effect.

The SSPX argues for the validity of their marriages and absolutions based on the canonical principle that the Church supplies the faculty in cases of doubt or common error. In certain rare and exceptional cases that might apply to their situation, especially with regard to confession, but for the most part their arguments are not persuasive, because part of their argument hinges on the faithful erroneously believing that SSPX priests have the requisite faculty.

In other words, it's okay because they're dumb, because we keep 'em dumb — not especially persuasive, not to mention moral or ethical.

Multiple bishops throughout the world have made recent attempts to begin to clear all this up. For example, a controversy arose in the diocese of Richmond, Virginia in July 2013 about whether Catholics could fulfill their Sunday obligation at SSPX Masses. The diocese responded:

Nearly 20 years ago, in 1996, Bp. Fabian Bruskewitz of the diocese of Lincoln, Nebraska, issued a similar canonical warning against a number of groups; included in the groups was the SSPX:

Any Catholics in and of the Diocese of Lincoln who attain or retain membership in any of the above listed organizations or groups after April 15, 1996, are by that very fact under interdict and are absolutely forbidden to receive Holy Communion. Contumacious persistence in such membership for one month following the interdict ... will by that very fact (ipso facto latae sententiae) cause them to be excommunicated.

Why? Per the diocesan newspaper:

Because certain organizations and groups have been, either directly or indirectly, asserting that membership in them does not contradict membership in the Catholic Church and leading even some people of good will astray in this, our Bishop has found it necessary to dissipate ambiguity and overcome any confusion in the minds of Catholics in the Diocese of Lincoln about these matters.

In short, membership and participation in SSPX settings "contradict(s) membership in the Catholic Church" and leads "even some people of good will astray in this." These are exactly the same concerns later articulated by Bp. Michael Sheridan of Colorado Springs in a case related in principle, and confirmed on appeal by the Holy See!

SSPX supporters often trot out one tired example defending their position that it's perfectly fine to attend Mass at their schismatic chapels. It's often called the The "Hawaii 6 Case." The standard SSPX "spin" is that the bishop of Hawaii tried to excommunicate Catholics in his diocese for attending Mass in SSPX chapels, and the Vatican ruled against him, so it's okay.

But that's not what happened.

The Bishop prosecuted his case on grounds that weren't supported by the facts, as if someone were charged with murder, found not guilty, but could have been found guilty if a conviction on a charge of manslaughter had been prosecuted instead. It doesn't mean you're innocent, just that the prosecution didn't make its case because it overshot.

He tried to excommunicate the "Hawaii 6" laymen for "the crime of schism," the Congregation for the Doctrine of the Faith responded that the acts he judged schismatic "though blameworthy on various accounts, are not sufficient to constitute the crime of schism" for laymen, and therefore "the Decree of the Bishop lacks the precondition on which it is founded" and is "null and void."

This single "case" is always presented by the SSPX as a defense for going to Mass in their chapels and not having to worry about being excommunicated. The bishop tried to excommunicate laypeople who participated in SSPX settings on a canonical charge of schism, a charge that couldn't be prosecuted successfully and which was rejected by the Vatican owing to their lay status.

In other words, he tried to prosecute a case on charges that couldn't be sustained — but given the more recent cases, including that of Bp. Bruskewitz, it is obvious that he could have proceeded on other grounds, such as spiritual danger or contradicting membership in the Catholic Church, both of which were upheld by the Vatican as a proper exercise of the pastoral responsibility of a bishop.

Remember that Bp. Bruskewitz's excommunications of the SSPX Catholics in his diocese were upheld by the Vatican — and Church Militant has confirmed with the diocese that they are still in effect. In case after case when it has been presented, it is abundantly clear that going to Mass at SSPX chapels as a regular matter and practice does not — in no way at all — fulfill the Sunday obligation or Holy Days.

SSPX priests offer every single Mass in disobedience to the Church and Almighty God, the Masses do not fulfill the Sunday obligation, each priest is suspended immediately from the moment he is ordained, and the popes themselves have stated and continue to restate these truths. Various congregations, commissions, bishops, cardinals and even the Pope have said this group is in schism. They cannot claim to have jurisdiction when the official grantors of jurisdiction say they do not have it.

It's like a 16-year-old declaring he has now assumed the right to drive the car even though Dad said no, and saying that Dad said he could in an emergency, and Dad in his sole authority to declare an emergency has said no emergency exists, and the kid says "I disagree" and takes off with the car anyway because he has determined there is an emergency.

Despite many (not all of them) being motivated by a sincere love of the Faith, a dread at the abuses they see and rightfully abhor, they have placed themselves outside the Church and should not hope to die in such a state.

Many of their leaders and cheerleaders have deliberately kept many of their laity in the dark, misquoted and intentionally misled them by only quoting half-comments, quoting out of context, claiming various rights to declare emergencies — a right they do not have the authority to proclaim — and developed circular arguments about jurisdiction as their excuse to do whatever they deem needs to be done.

They are disobedient to the Church, and this charade needs to come to an end.

Tomorrow, Church Militant will be releasing our FBI (Faith-Based Investigation) on the SSPX in the hopes of persuading people to turn away from considering this schism or to abandon it altogether.

We, with many fine priests, bishops, cardinals, want nothing more than to see this abandoned and for a return to full communion with the Church where you are needed to fight the heresies being pushed so violently. Please come home and fight with those who agree with you but are not abandoning the Church. 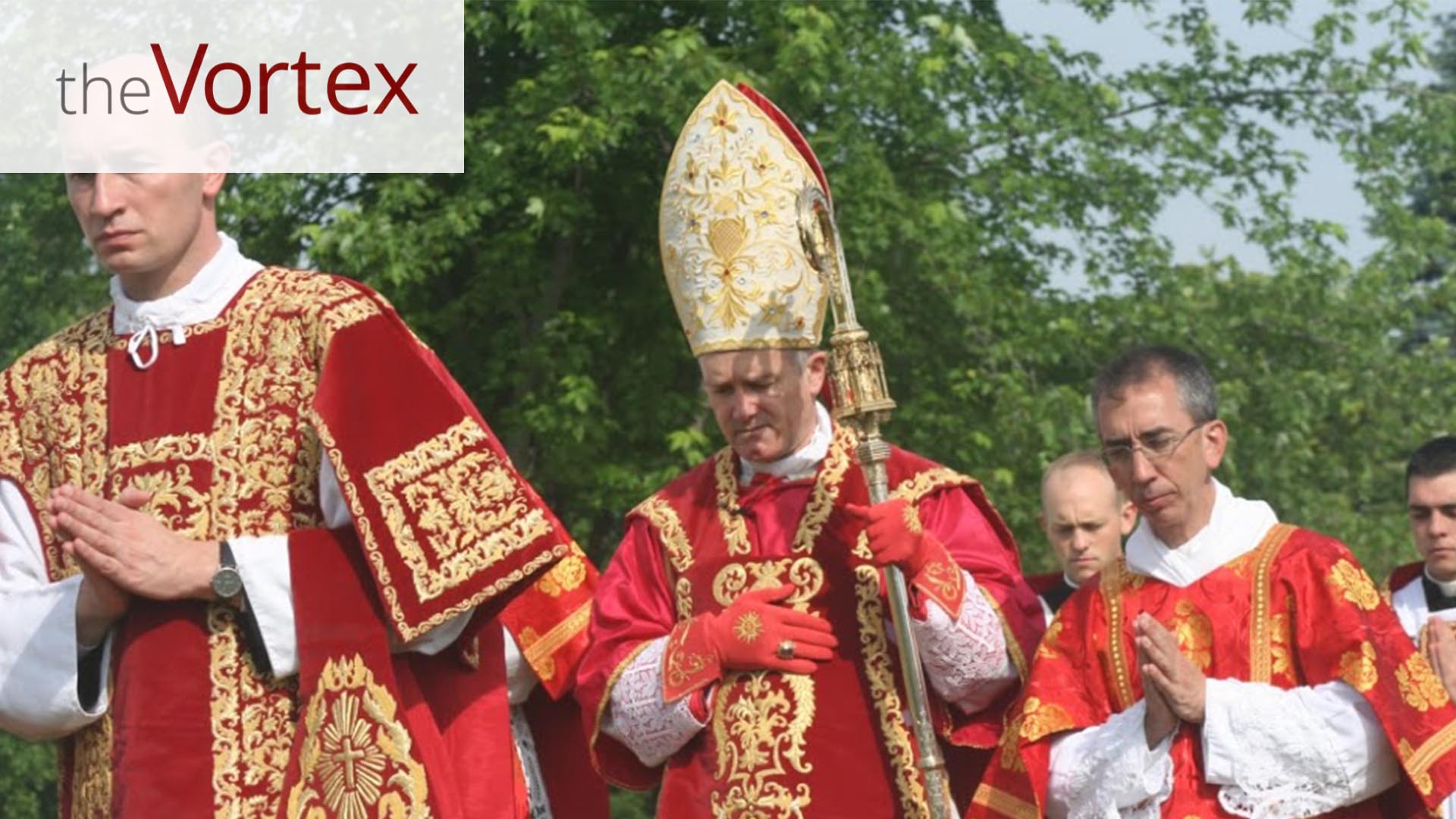