This is a tough Vortex to speak. I’m as patriotic as the next guy. I remember being a young lad of 15 as my country celebrated its bicentennial back in 1976.

I watched TV that day from six in the morning until well past midnight as the non-stop, commercial-free, wall-to-wall coverage on the giant national birthday party was broadcast from sea to shining sea.

I watched the tall ships sail into New York harbor, saw the explosive fireworks show over D.C. I listened and sang my lungs out with a lump in my throat as Arthur Fielder conducted the Boston Pops on the Esplanade playing one stirring American hymn after another. I watched Walter Cronkite move effortlessly from one sprawling scene of Americana to another. There was no other place I would have rather been on that glorious Fourth of July all those years ago.

But that is all gone now.

What I did not know in my innocent youthful naïveté was the seeds for America’s self-destruction had been in place from the beginning. See, America at her core has always been at war with the Catholic Church.

Few know that it was illegal to be Catholic in 10 of the original 13 colonies. Even after the War of Independence, hostility to Catholicism remained intense. But more importantly, it is the philosophical underpinnings of America that are the very heart of the problem.

America was born from the philosophy of the Enlightenment. Those philosophers were driven by their hatred of scholastic philosophy — the mind of Aquinas, you might say. Aquinas expounded a philosophy as solid as rock: that God is the center of the Universe and man is bound to certain codes and creeds in face of that reality.

In order to break away from those codes and creeds, Enlightenment philosophers set out to change the perception of reality. What sprang up in place of Aquinas and the Catholic Church was a new system of thought: that MAN was the center of the universe — or at least the functional center.

Sure there may have been a God of Nature, but that God had little to do in reality with man’s day-to-day life. So man was free to set course to develop his own religions, moral codes, even separate truths, when the time was right to pull that trigger. All of this social philosophy came to a legal, formal construct in the birth of the American nation.

As an aside, a few years later, this same philosophy would be responsible for the French Revolution and the Reign of Terror where thousands and thousands of Catholics were beheaded.

Here in America, a new nation emerged from the Age of Enlightenment, and although it was decidedly divorced from the past politically, it still took a couple of centuries to shake off the morality it had learned from the Catholic Church. The PEOPLE were now the arbiters of truth. No longer crushed underfoot by kings and monarchs, power would be derived from the consent of the governed.

In America, these are all allowed because the majority of the governed accept them — and that places faithful Catholics on the outside looking in. America says man gets to decide. The Church says God gets to decide. Those two principles cannot co-exist. Either America will be converted by the Church, or the Church will be converted by America.  We know how that turned out.

Too many Americans who are also Catholic have twisted themselves into theological pretzels to insist a person can be a good Catholic while also being a good American. As long as America remained essentially Catholic in its morality, that tightrope could be walked, however gingerly.

But once Protestant-majority America — with all the diversity that description contains — realized it was living Catholic morality, without adhering to the underlying Catholic theology, it threw off the morality and turned secular. Catholic Americans took more pride in their country than they did their Church, always struggling for a place at the table, always ready to compromise or accommodate their Protestant neighbors.

Even John F. Kennedy in 1960 was willing to sell out his faith in front of an audience of protestant preachers to be accepted and win the White House. He learned that groveling act from a succession of bishops in the American hierarchy stretching back more than a couple hundred years, and who the present crop for the most part continues in that sad tradition.

The silly appeals to so-called religious liberty will fall flat. What Catholics in America have not understood is that the will of the governed could be turned on them at any point — and now has.

This is one of the topics Church Militant was able to discuss with Bp. Athanasius Schneider when we were in Rome recently when he sat down with us and granted us an exclusive far-reaching interview.

We’ll be presenting that to you soon, so look for it. 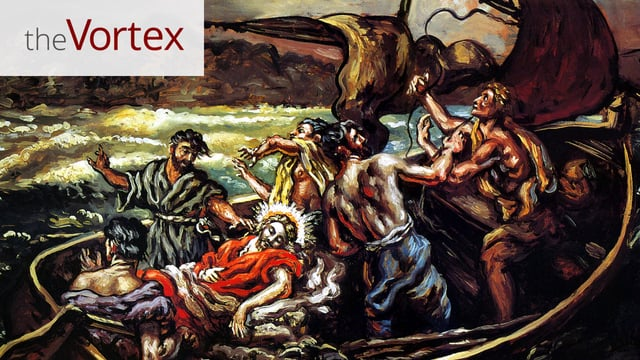