The Roman civilization in the West lasted almost 1000 years, partly as a republic and partly as an empire. Roman culture dominated the known world and impressed itself so deeply on the Mediterranean world that even now, 1500 years after it collapsed, it still echoes throughout Western culture in art, law, architecture.

The point is that to have grown up as a Roman, to have come to manhood in this culture, must have made a young man feel in some sense like he was a master of the universe. Rome ruled the world, and to be a Roman, especially as a young man growing up in that milieu, must have been heady.

Generation after generation of young men inherited from their fathers the built-in assumption that Rome ruled the world and always would — that Roman life was indomitable. The Roman legions defeated every foe; the gods of Rome were worshipped in every corner of the empire; the whole world even spoke the same language of the caesars.

And then one day, after centuries of rule, rumors started circulating that barbarians were raiding and pillaging the next town — that the legions had been defeated, and their town was next. And the next morning, the young men, the young proud men, the heirs of the greatest civilization known to mankind, woke up to the barbarian hordes marauding through their streets.

They were witnesses to the end of their civilization — these young men, expecting to continue to be the masters of the universe as their fathers had been and their fathers had been, and all the way back for centuries. Now, it was all over. As young boys they had dreamed the Roman dream, even begun to live it. Now, the dream was over.

They would be the first generation of young Roman men in centuries whose lives would not be like the lives of all those earlier generations. Their fathers and grandfathers and great grandfathers had been born and lived and died under Roman rule, living the Roman dream. This would not be the case for them. Nothing would ever be the same again. The future their fathers had envisioned and worked to make real would never exist for them.

And here’s the point of all this: Young American males  today are now in the same position — the cadre of young men who are not allowed to dream the dream. Yours is the first generation of young American men who will not be able to secure the American dream; your economic future is fading as every economist is predicting.

Your psychological and emotional and spiritual well-being are so deeply threatened, in fact already damaged, that there is no way to reverse this calamity — no earthly means. Put frankly, your life, for the first of a number of generations in America, will not be like all the others before you.

If you are around 30 or younger, you will have to face the music, fair or not, that the world is not the same world it was when your fathers were your age, and as a result you won't be able to live like they did, won't be able to have the expectations of just some peaceful uneventful future as previous generations did. The world has changed, which means your lives will have changed. You will have to face situations that your fathers never had to face, that your grandfathers couldn't have imagined.

These are the last days of this civilization — and that means that boys will have to become men very fast. 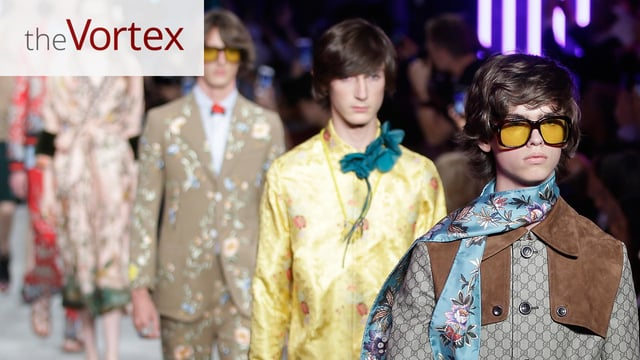