When we get down to brass tacks, the Synod is as much a tempest in a teapot as there could be — at least if we gauge it in terms of real interest from the outside world. Within the Vatican bubble, it's the most important thing going on, but like so many truths of the Catholic faith, most people don't really care, and that includes most Catholics.

Remember, the overwhelming majority of Catholics in the world — at least the Western world, or that part of the world with a heavy Western influence — the majority don't even go to Mass. Here in Europe, taken collectively, somewhere around nine out of every 10 don't attend Mass; and of those that do, most are older. In North America, it's a little better, around seven out of 10 — but that's still awful. And once the bastion of Catholicism in the Americas, South American Catholics are likewise growing away from the Faith owing to the massive efforts of American-funded evangelicals turning people into apostates.

So when you think about it: What's the big deal here going on in Rome this month? Why the huge international press corps packing the Holy See Press Office for the daily briefings, which aren't really all that informative? Why so much worldwide attention on these proceedings?

Because what is happening here is the appearance at least of the Church giving up the ghost, so to speak, and adopting the ways of the world with regard to divorce and homosexuality. At the end of the day, that's why the press is here in droves — no other reason. Most of the media outlets are here to chronicle the demise of the Church, its throwing in of the proverbial towel and becoming more worldly. At least, they think that's what might happen. They aren't pouring resources into covering this for a month to get the headline at the end of October "Church Teaches Marriage Is a Sacrament" or "Church Condemns Homosexual Acts."

They already know that and have already reported that kind of thing in a zillion stories. The headline they want and are looking for — probably safe to say even hoping for — is "Church Accepts Divorce" or "Church Blesses Gays." They have reported on the possibility of all this quite a few times, and that's what all the interest here is about — nothing else.

And that's the scary thing for faithful Catholics, that when they are reading these headlines, the headlines aren't totally off the mark; there is some truth in them in that there are bishops, archbishops and cardinals sitting in that Synod Hall each day who are agitating for such things. This is the scary thing for faithful Catholics: not so much that Church teaching will change — it can't and it won't — but that there are ordained men who have lost the Faith, pushing for a sinful agenda.

This is perhaps a kind of wake-up call for many lukewarm Catholics around the world, those men and women who still feel some attachment to the Church, just not a passionate one. They have enough of a connection to the Church to know that She teaches divorce and civil remarriage is evil, that homosexual acts are evil. So when they see headlines or hear discussions around the office water cooler that the Church is having a huge meeting discussing the possibility of changing all that, it makes some of them stop and wonder: What's going on in Rome?

They know somewhat instinctively that these things can't change, and then the thought occurs to them: or can they change? This kind of sense of instability is what is so disconcerting to so many Catholics. And what is scary is that it is being proposed and pushed for by so many bishops, so many who have come out in public and said the Church needs to find a way to accommodate homosexuality or give Holy communion to the divorced and civilly remarried.

Bishops — men ordained for the service of the Church — want to change the Church. The realization is only now beginning to set in with the small number of Catholics who are paying attention that something radical has happened in the Church. But whether it's a lot of Catholics around the world or a relatively small number, when that realization grabs hold of you, for you it's like a 9.0 earthquake.

This is what is so scary for so many faithful Catholics — that, as the psalmist cries out, "This is what causes my grief, that the ways of the Most High have changed."

Here is a little word of encouragement. Despite the machinations of the some wicked prelates, the ways of the Most High do not change. They absolutely do not. Jesus Christ, the same yesterday, today and forever — as of course is His Church as well.

Today is the feast of Our Lady of the Rosary, formerly called the Feast of Our Lady of Victory in celebration of the crushing defeat delivered to the Muslim naval forces in the battle of Lepanto in 1571. Today not only is the Church still threatened by aggressive Muslims and Islam, but the Faith is threatened even more severely from within by wicked prelates. So as we have been stressing for a while now and want to especially stress on this Feast day of Our Lady, say your Rosary for the Church, for this Synod. That so many successors of the Apostles would descend from the line of Judas is a scary thing to consider and hear continually from the international press — but it is precisely because it is so scary because it's true that we have to pray the Rosary.

It is, as St. Padre Pio used to say, a weapon. This is at the end of the day a spiritual war — two great forces clashing right here at the capitol of the Faith, so to speak. It is time for faithful Catholics to engage the forces of Heaven with all their might. If you do not say the Rosary every day, start. It is a request from the Queen of Heaven. If you do, place at the top of your intentions the goings on here at the Synod. Pray that the world press goes home with a different headline than what they came looking for. 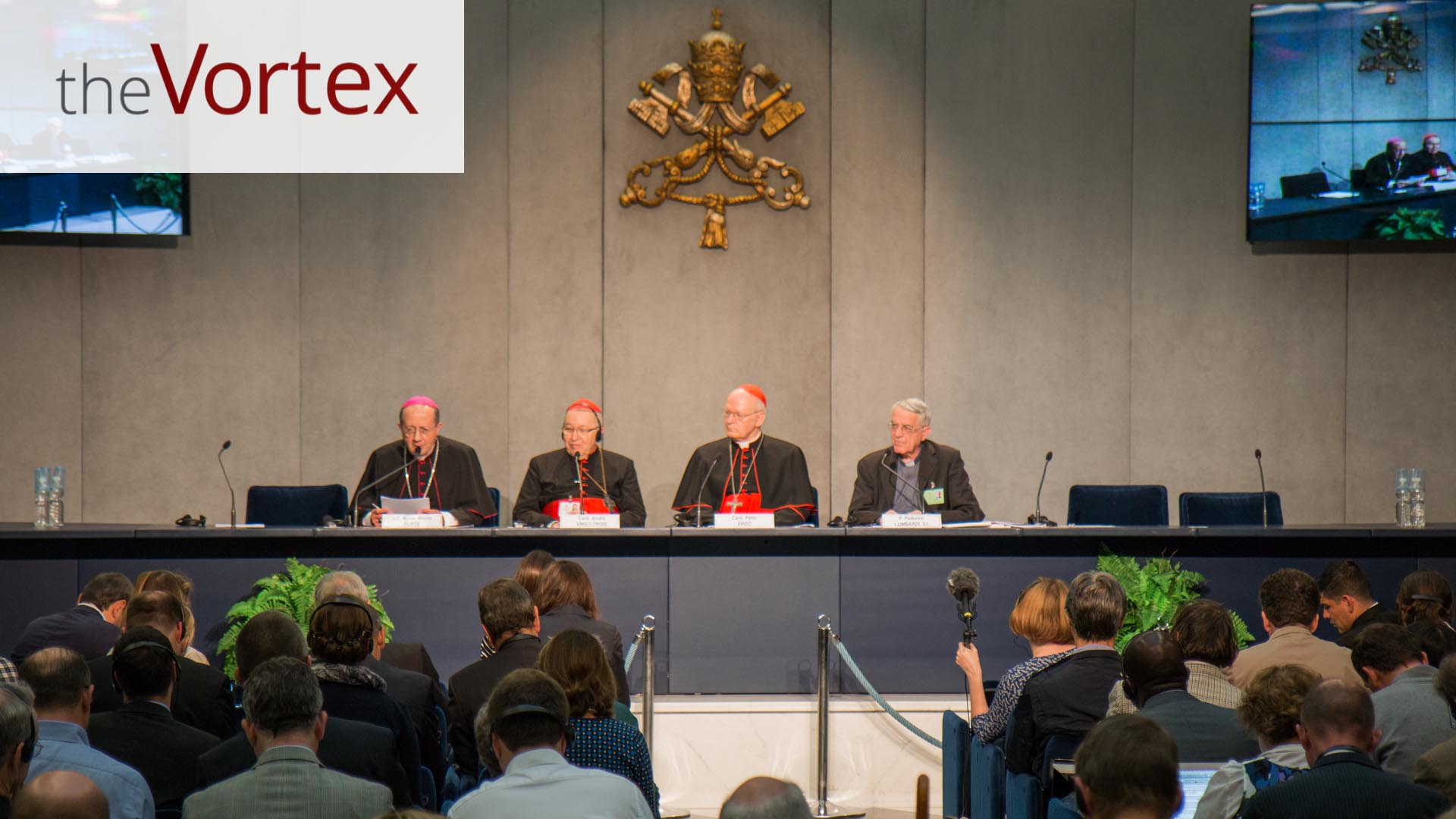