What seems to be completely missed here by many in the Vatican is that the secular media has taken over the role of teacher — has totally taken it out of the hands of the Church. The situation has changed from Holy Mother Church to Holy Teaching Media. The secular media absolutely controls the message that comes out of the Vatican. The Vatican has simply lost control of the message, the terms of the debate, the entire vocabulary.

The mainstream secular media has a worldview in total opposition to Our Lord and His Holy Catholic Church. Period. If you do not begin any discussion of this topic with that as accepted fact, then you don’t belong in the discussion. You are either naïve, a simpleton, or worse, a traitor.

The secular media is controlled by, run by and staffed with individuals who think the Church is wrong and needs to be either defeated or co-opted in the pursuit of its own agenda. Many people in the media — the moneymen all the way down to the rank and file — have next to no concept of salvation, redemption, morality, philosophy, theology — nothing.

They want a world where homosexuality is to be valued, where contraception is a right, where religion is probably all right as long as it's private and doesn't disturb the social order of divorce and remarriage, cohabitation, same-sex "marriage," pornography by download as a privacy right, abortion, explicit sex ed taught in classrooms and so forth. They advance political parties and politicians who support these evils and tear apart others they think don't.

From a coverage point of view, the Catholic Church remains a kind of novelty for them because we have big stuff. We have the visual imagery: big basilicas, big choirs, lots of vestments and smoke — in short, good TV. As a famous CBS newsman told me 30-plus years ago at the beginnings of my TV career, if the Pope wasn't in a white dress, no cameras would cover him.

The secular media delivers its own catechesis, has its own catechism that no one inside the media is allowed to deviate from one iota. Too bad the Church doesn't follow that rule anymore.

The secular media is mission-driven. They see the world a certain way, and whatever needs to be done to make that world come into reality must be done. Period. No exceptions. No bargaining. No debate. And no mercy.

This is the way Satan operates. Father John Hardon, the very holy Jesuit who died in Detroit 15 years ago, said of the news media, "It is Luciferian." And he couldn’t be more correct.

The media has been an effective weapon for Hell because it plays right into another diabolical plan of attack: to keep people dumb and indifferent. The entire media world knows this simple rule: 95 percent of people read the headline and sub-headline. Three percent more read the first paragraph. One percent more go onto the second paragraph ,and the remaining one percent finish the whole story.

So to effectively catechize the world to evil, all you have to do is print a headline like Pope Francis says Gay OK" or "Pope Benedict Approves Condoms." That's it.

And when you consider a continual stream of headlines like that or related headlines, you can see how effective the media is. The media count on people being more stupid and uninformed than the media themselves are, so it works like a charm. Uninformed, agenda-driven propagandists "informing" indifferent, ignorant, stupid people what they want them to know. That’s the game. And it's wildly disturbing to hear time and again here in Rome that the Vatican doesn't understand this game.

First, most of the damage is done in the English-speaking media. Many people, including the Pope, either don't speak and read English or don't read any secular media reports at all. That should be abundantly evident from the total lack of response from the Holy See as the homosexual clergy sex abuse crisis flared up. One Vatican official told us off the record that many people here in Rome believe the Pope had and still has no no idea how his phrase "Who Am I to Judge?" was totally taken out of context and has become a talking point for secular humanism.

It is becoming more and more clear to people (some of them American) that the Holy Father has around him — advising him, introducing him to world influencers and so forth — are not serving him well. Some of them, in fact, may be using him to advance their own private agendas.

The secular media is largely ignored here in the Vatican by most, other than those who desire to keep informed so they can manipulate events. Certainly the English-speaking media is. But it is the English-speaking media that has seized world opinion and dictates and controls the thoughts of vast populations, because English is now the dominant language in the world, because it is the language of money.

During the Apostolic Age, the language of the Roman Empire was Greek. That there was a dominant language played a huge role in bringing the Gospel to every corner of the empire. In fact, so dominant was Greek that those who couldn't speak it were labeled barbarians. That is where the word "barbarian" comes from; it means, in short, "doesn't speak Greek."

That the Church was conversant in the dominant language was extremely important. This is a lesson that Church leaders have forgotten and need to relearn. It is no longer sufficient to sit inside behind giant walls speaking Italian and ignoring the rest of the world. The barbarians are at the gate, dressed as reporters, and they are speaking English. 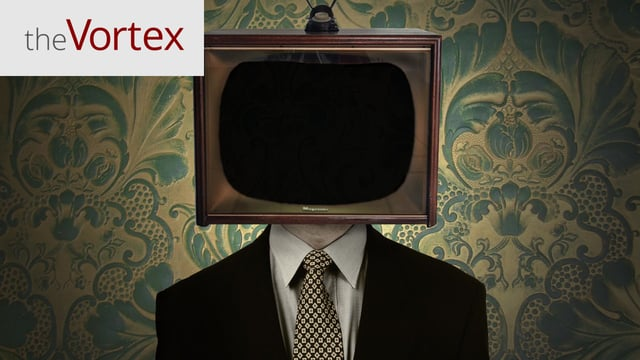 American Rome
Much of what happens in the Vatican these days seems hopelessly out of touch.