In just two more weeks, Church Militant and hundreds of other media outlets are going to descend on Rome and report on bishops and archbishops and cardinals of the Catholic Church who want to have sacrilege blessed by the Church. It's almost surreal saying it, but it is absolute fact.

Many of these men have twisted their theology to such a degree that they now seek to overthrow centuries of Church understanding and teaching and discipline and push for Holy Communion to be given to those living in a state of adultery. They have produced the most outstanding rationalizations to legitimize their positions. They have claimed this is all about mercy without telling you it is a false mercy. Mercy must be received to have its corresponding healing effects. And it can only be received by those willing to admit their sin and amend their lives.

It is false to offer mercy to the unrepentant. It is even more false — no, make that diabloical, to suggest to those in sin that they have no need to repent or amend. Yet this exactly the position that various bishops and archbishops, even cardinals are putting forth. This is supported not only by individual bishops but also by entire countries' episcopal conferences. All eyes are on Germany and the episcopal conference of that rebellious land, but it would be a mistake to think of this as just a German thought.

Here in New Zealand, the bishop's conference has made clear that it too supports this abomination. When the delegation from the land of Kiwi arrives in Rome, they will have Cdl. John Dew carrying with him his brother Kiwi bishops who desire to see sacrilege legitimized. The bishops here in New Zealand have made very clear in private meetings and conferences as well as in press interviews that they support Holy Communion for the divorced and civilly remarried.

They prefer instead language like "irregular unions" and "meeting people on their faith journey," "where they are," "accompanying them," "encountering them in their lives." It is classic Church of Nice vocabulary, meant to obscure the truth by covering it over with flowery, soft, emotional, non-masculine language.

The truth needs to be said in very clear terms, with clarity being the vehicle for charity. To abuse the Body or Blood of Our Blessed Lord in this manner, to receive Him unworthily, will rain down damnation not only on those who receive Him, but most especially on the shepherds who inject these false notions into the minds of the Catholics.

The time is quickly arriving, the showdown, where Catholics will stand with Christ and the truth of His Church, or they will be swept away. The bishops here in New Zealand as well as their colleagues in other parts of the world must undertsand that their souls, too, hang in the balance, and to support a eucharistic outrage such as this — and having died in the future unrepentant of it — will seal thier own damnations.

This is nothing less than total rebellion against the full body of teachings of the Church not only on the sacrament of marriage, true enough, but on the doctrine of the Real Presence of Our Blessed Lord in the Eucharist and the dogma of Hell.

There are two weeks to go before this all begins at the hands of the shepeherds. But it will end on God's time and in the way His Divine Justice demands. 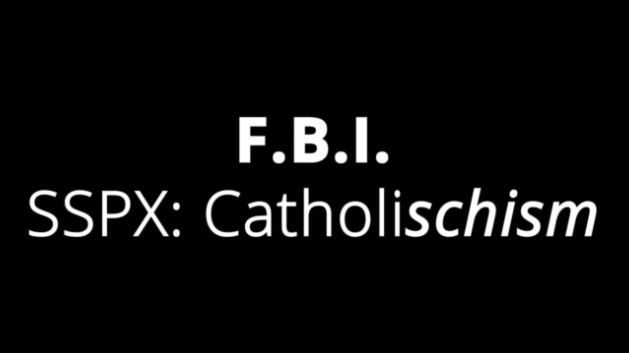