Here in the United States it is American Thanksgiving, as opposed to some other countries like Canada which also have Thanksgiving Day. A lot is made of Thanksgiving: most heavily traveled holiday of the year, blowout bargain sales in preparation for Christmas (although we're supposed to be careful about saying the word "Christmas" because someone will be offended). And with regard to the holiday of Thanksgiving, just as in Christmas, a total secular takeover has occurred.

Thanksgiving specifically and in general is the quintessential Catholic holiday.  First the specific case: Despite having had shoveled into the minds of many students at government-run schools, the first historical Thanksgiving did not occur between the Protestant Puritans and Native Americans in 1621.

The first historical Thanksgiving meal actually happened 56 years earlier on September 8, 1565 in St. Augustine, Florida. (By the way, the correct pronunciation is St. Augustine, not the more Protestant variation of St. Augustine, which takes the emphasis off the "Saint.") The new Spanish settlers sat down for a banquet with the local indian tribes and Holy Mass was offered.

Remember, the Catholic Spanish and the Catholic French beat the Protestant English to North America by almost an entire century. That was the first historical Thanksgiving. But there was a first official Thanksgiving dinner as well in America, and that was held in Texas in connection with Don Juan declaring it officially and having a meal with the natives, as well as, once again, the offering of the Sacrifice of the Mass.

And if that's not enough to demonstrate that Thanksgiving actually has its roots in Catholicism, consider that the Native American who worked out arrangements between the Puritans and the Indians, Squanto, was actually a baptized Catholic. Spanish forces freed him from English captivity, and he was subsequently baptized into the One True Faith. He of course went on to organize what has become known as the first Thanksgiving, but in reality is at least the third such occurrence.

That's the Catholic take on Thanksgiving in historical terms, but in more general terms, the word itself translates in the Greek into Eucharistia — which couldn't be more Catholic. And it is on this point we'd like to reflect as we wrap up.

The Church alone is the Bride of Christ, torn asunder from without, as Our Lord's own Body was on Golgatha, but not a bone broken inside where Her true indefectibility lies. Her soul is the Holy Spirit, and we have entry to all this as Catholics in a state of grace. And if you are a Catholic not in a state of grace, stop depriving yourself and go to confession. Do it now.

Who comes to a Thanksgiving dinner and doesn't eat? There is nothing more beautiful, more eternal than to be Catholic; no greater gift can be enjoyed.

It's one reason that whenever we have a celebration here at the apostolate, we hold our glasses up and make a first toast to Holy Mother Church. It is in fact so magnanimous and overflowing that while we spend our lives here on earth in the Church Militant, safely in Her bosom, the gift cannot be contained to just the Church Militant; it overflows for eternity continually into the Church Triumphant. Don't let anyone tell you differently. In fact, you tell them Thanksgiving is Catholic in more ways than one.

From everyone here at Church Militant and our sister organization St. Michael's Media, a very happy Thanksgiving, whether you are American or not. It's a Catholic holiday before it's an American one. 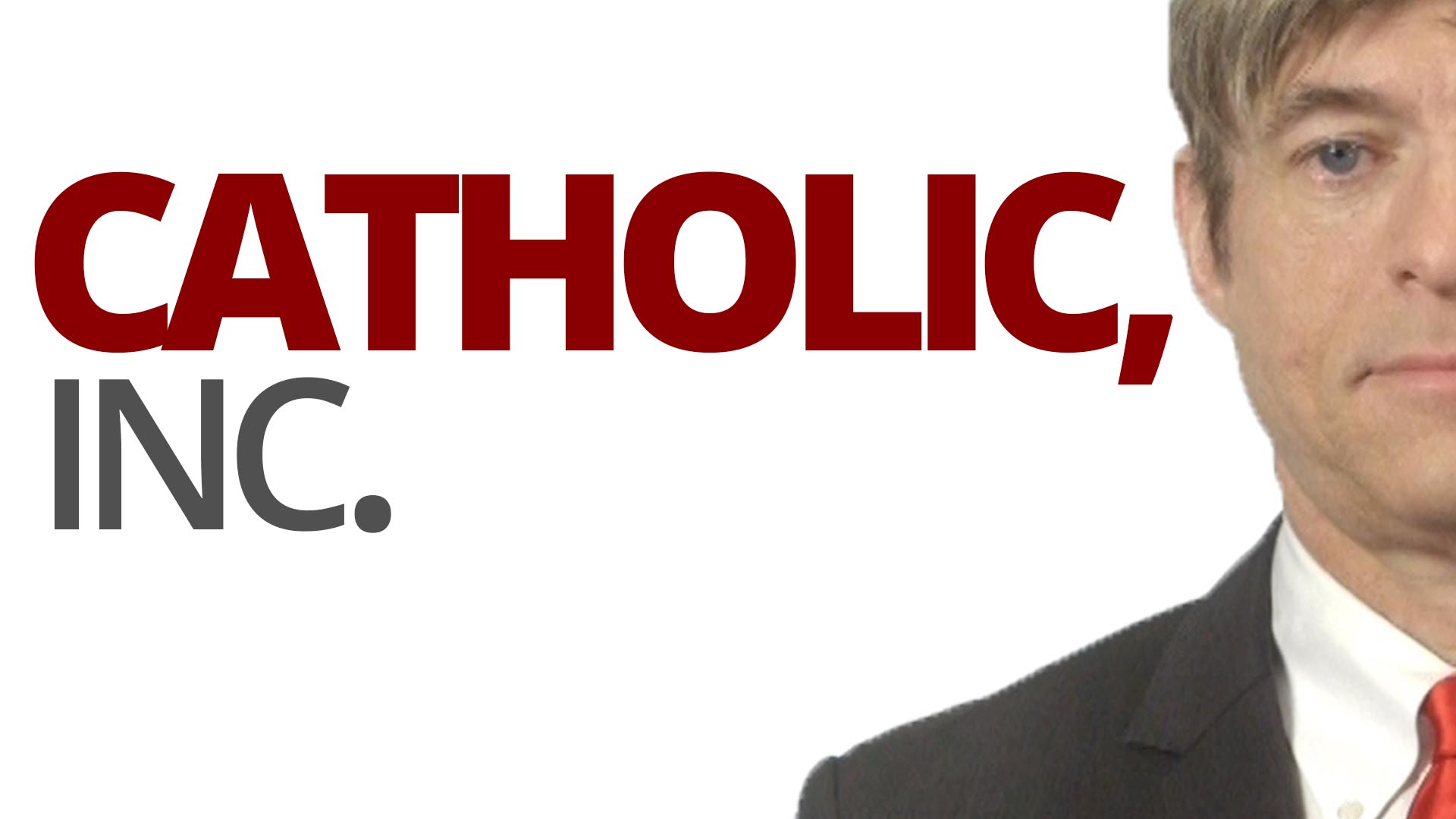