A winning wager — every time.

As the globalist Marxist forces, currently gathered in Davos for the World Economic Forum, continue to point to their lust for power, it's clear as a bell they are betting on people being stupid. They aren't taking over the world with guns and bullets and bombs and wars. They are seizing control of minds.

And any sane analysis shows how it's done: through co-opting education and media. The perversion of education, especially higher-level institutions, has proven very successful. Irreligious and unpatriotic forces slowly invaded America's education system until the scales had tipped, and they became the dominant force.

As far back as the mid- to late-1970s, the idiocy pouring out of American colleges and universities was labeled "political correctness" (PC). PC was the advance team for "wokeness." What began on the blackboards, faculty lounges and classrooms of the ivory tower gang soon spilled into the streets and corporate boardrooms all over the country. It truly was the poisoning of the American mind, first becoming visible on college campuses.

In his massively successful bestseller The Closing of the American Mind, professor Allan Bloom laid out his case about the toxic atmosphere seizing control of academia and its consequences. The subtitle to his classic says it all: "How higher education has failed democracy and impoverished the souls of today's students." Poisoning the intellect of a culture is not an overnight endeavor; it is, in fact, a multigenerational assault.

It's an all-out blitz on everything previous generations held as sacred. So a tidy recipe has to be concocted that both destroys what went before and replaces what went before with something new. Enter the media.

They aren't taking over the world with guns and bullets and bombs and wars.

While college students, many of whom moved on to become political and industry leaders, were being indoctrinated in Marxist values, the general population had to be prepared to accept — had to be primed to embrace — radical notions as not really that radical. So the news and entertainment media got to work.

There has always been a streak of anti-establishmentism in journalistic circles. Indeed, keeping a check on authority is the main reason journalism exists. Authority should be viewed with a suspicious eye simply because it is the authority. So the news media already had the preexisting DNA to be useful in overthrowing the old order.

As college students, fresh off their Marxist training and diplomas in hand from prestigious universities and schools of journalism, began tipping the scales in numbers, news "coverage" began shifting. In the attempt to destroy the old order, sympathetic notes had to be struck — meaning victims had to be created to show the inherent unfairness of the establishment and the consequent need to overthrow it.

What colleges and the media bet on — went all in on — was the ignorance and stupidity of the masses. It was a well-placed bet. Very few people fall into the category of critical thinkers — those who ask deep, probing questions to arrive at the actual truth.

Most — as is expressed in the kick-butt movie Gladiator — are quite happy with "bread and circuses." As long as they can be distracted by leisure, fun and handouts of some sort or another, they can easily be led. After all, there are only 24 hours in a day for each person, and if most of those hours can be consumed with trivial stuff as well as the basics of just ordinary life, talk about a winning combination for taking control.

While the entertainment media was expanding and largely corrupting minds by stealing time from critical thought, the news media was corrupting minds by presenting a distorted reality. News media presentations always came down to nothing more than feelings. In my own news career, we were constantly told to ask almost anyone we interviewed on anything: "How does that make you feel?" Not, "What are your thoughts on this or that," but, "What are your feelings?" The great ignorant masses fell for it hook, line and sinker — and still do.

On this 50th anniversary weekend of Roe, for example, think about how all this came to be. A pregnant woman was presented in the media as a victim. She should have "rights." The big, bad, mean government is crushing her — destroying her life and any chances for "bettering" herself. Back in the day, there was nothing short of a cavalcade of these stories flooding newspapers and TV outlets: story after endless story of victim women, heroic doctors — tears galore, feelings as far as the eye could see.

In the maelstrom of distortions and half-truths, what was forgotten and cast aside was the very heart of the issue — the life in the womb. But you never got to see an interview with him. He didn't get to cry. He was never portrayed as the victim; his rights were never discussed. Ignorant, unthinking masses embraced the "victimhood" of the pregnant woman constantly pushed by the news media.

Of course, the entertainment media presented its own version in movies like Fast Times at Ridgemont High, Cider House Rules and even the incredibly popular CBS TV sitcom Maude, which aired a two-part special one month before Roe was handed down, casting abortion as an "emotional" decision.

The influence of media today is so dominant that even Elon Musk can't resist talking about it: "Why did American media go from questioning the State and 'speaking truth to power' to doing their bidding?" The answer to that question is actually pretty simple. The concept of truth — objective correctness and error — no longer exists.

Thanks to the collusion between academia and media, students are now conditioned to obey authority, not question it. And the reason they can't question it is because they no longer really possess the requisite skill set to do so. They can't think; they just emote. They emote and then attach ridiculous talking points to their emotions to try and support them in some intellectual-sounding way. They fail miserably.

They are seizing control of minds.

The same is true in the most important of all disciplines: theology and philosophy. Differences in theology absolutely matter when contradictory things are being proposed. And a person must possess some skill at critical thinking to comprehend in the first place that various positions are contradictory. That some points here or there happen to align does not make unimportant the essential points that are in contradiction.

We see this within Christianity, in Catholic teaching versus the enormously wide range of Protestant positions. There are way too many contradictions to simply walk away and assert, "Well, we have lots of things in common." Not really, not where the rubber hits the road.

Politicians, for example, from all sides, each assert we are all American. I believe in the Constitution, blah blah — all the while, no, they don't. Are there overlaps of belief in those competing political views? Of course there are. That doesn't excuse someone from papering over the actual differences and pretending they don't matter. They do — because in politics, people's material lives are affected by those differences.

In theology and philosophy, people's eternal destinies are affected by those differences. But society has been conditioned to believe that truth (as a concept) is now determined by your feelings. Therefore, differences don't really matter all that much. Everything is basically the same. Why can't we all just get along?

Academia and media have not only brought this about, but they each continue to sustain it. They keep betting  — and winning — on stupid. America's problems are spiritual, and the spiritual realm is what plays out in the material order. A crisis in the world is visible because there is first a crisis in the soul. 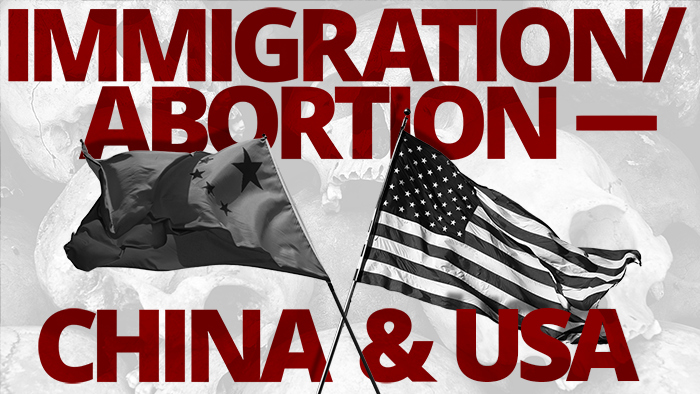