It is much needed.

And finally it has arrived, at long last — what should be the day of reckoning for the communists who have seized so much control of the country and wreaked so much havoc on America.

If it goes as expected and the communist Democrats are halted and even forced to retreat (if only for a while), note that by no means is this final victory. It's not even close. But you have to secure your first major win somewhere and today may as well be that day.

Now for Catholics, especially those who do not see the importance of politics from a spiritual and theological point of view, here's what you need to wrap your minds around — and pretty quickly.

There is an all-out war going on between the forces of darkness who have complete control of one political party and partial control over the other.

Long ago, the war was lost on the philosophical ground when giant agenda items like "what is truth?" were simply ceded — surrendered to the notion that everyone's opinion is equally valid. No, all opinions are not equal and they should not be treated as though they are.

Then we lost the war over morality, so evident today in even the GOP that just warmly embraces sodomy as marriage.

Now we are in a pitched battle in the political arena — the last remaining line before all-out civil war. If you love peace and don't want to see violence, then you better get involved on the political front.

Today should mark the beginning of the 'great pushback.'

And let's be clear about this for all the phony or delusional pacifists out there: Violence in and of itself is not immoral; it depends on the circumstances. And sometimes, it's even necessary: self-defense; the subduing of an aggressor threatening the life of your family; the Son of God in the Temple violently whipping the money changers.

The idea that violence must always (at all times) be avoided is not Catholic. Remember the Crusades? Sometimes, violence must be unleashed to protect the innocent.

Fortunately, in America at least, we still have a buffer between the ordinary citizen and descent into a violent melee. It's called politics. So as we sit here today, here's the situation: There needs to be a political climate change in America.

The communists — and that is exactly what the Democrats are — have caused a moral ice age to descend on the country: shattered families; devastating spiritual losses; children and young adults hurled into the darkness of drugs, pornography, suicide and fatherless homes.

The young are who a nation turns to for hope. But the young are the victims — and many, many of them live lives of no hope.

All of that is now coming home to roost in terms of the economy as we now plainly see. It will be, today, the economic devastation that drives the Democrats from power (for the time being, perhaps for a generation).

But for however long, good people must see the window of opportunity that will open after today and push their cause.

Murdering children is always wrong and no state should have the power to determine whether a child can be killed (so someone can experience an orgasm). There are no exceptions to the obligation to protect the innocent child's life; none whatsoever. The same is true of marriage and family. Likewise, to guard against the polluting of a young boy or girl's mind at the hands of the communist Democrats under the guise of "education."

And for those of you who still think violence is never an option for a follower of Christ when defending the innocent, would you not take up arms against the destruction of a young soul if that were the only option left?

They don't even have all the power (just most of it), and the Democrats went straight there; raiding school board meetings, arresting parents (the Department of Justice labeling them "domestic terrorists") and looking the other way as Catholic churches and pro-life centers were attacked and burned.

See, the communist bastards always intuit the need of the moment and respond accordingly. They will not hesitate for a moment to either be violent or look the other way in the face of it being deployed against good people.

Good people must see the window of opportunity and push their cause.

We have a military for a reason. We have police for a reason, despite communist efforts to defund them.

The foundational reason is because of Original Sin. Fallen man will always have people who choose to embrace the darkness and destroy the innocent. That's why laws are instituted among men.

But when the evil ones seize control and exercise raw political power to destroy those laws enacted to secure God-given rights, then the people have no choice but to fight back — violently if need be.

It's right there in the Declaration of Independence: "It is their right, it is their duty, to throw off such Government, and to provide new Guards for their future security."

But right now at least, we are not at that point. Thank God. But the reason we are not is because we have a backstop against it in our political process and elections, at least in the ideal.

No Catholic gets to decide he is somehow above the fray of politics — or bored by it all, to be so detached that the things of earth have zero importance — and even revolution if it ever came to that.

An individual is free to decide for himself and himself alone that he will accept the burden of despotism and the yoke of tyranny. But he is not free, through his inaction, to force or allow another to be enslaved. We fought the War of Independence over this issue; the abolitionists fought for this.

The civil rights movement was anchored in this spiritual reality. Justice demands the innocent be protected. Right now, the political system is not in such disarray that we might not find a remedy, a beginning point in it. 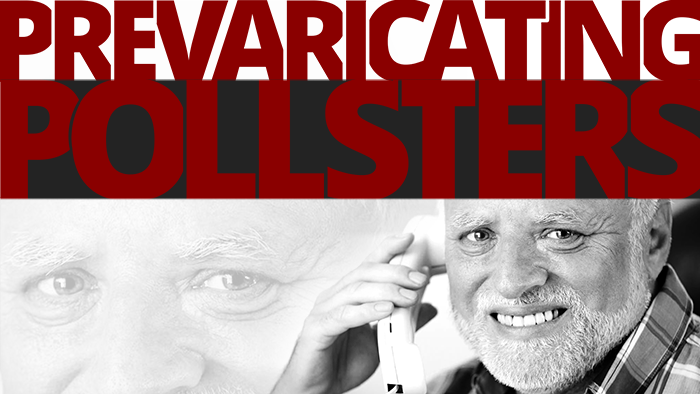