‘Get Rid of All These People!’

The diabolical hates humanity. We begin with that premise, that truth. There's a lot of theology in that statement, and if you'd like to delve more into that, we highly recommend watching the first episode of the very first program we ever produced here all the way back in 2006: The One True Faith: St. Michael and the Angels.  It's available to premium members. Just click on the provided link to sign up.

Now, you need to understand the great spiritual battle playing in the background in order to understand the specific policies and legislation being pursued on the surface. The driving force behind the narrative is the claim that there are too many people on earth. We touched on this yesterday.

"Overpopulation" has been a major talking point of the Left for decades. It's also a driving force — although spoken of in more quiet terms — in the social justice corridors of the Church.

Its why they just sort of look the other way when it comes to "managing" U.S. government money — hundreds and hundreds of millions of dollars — while partnering with pro-contraception, and, in some cases, pro-abortion NGOs in Third World nations, as well as here even at home.

They routinely speak in terms of man-made climate change being a real thing.

A major doctrine of the entire New World Order is this single point: We need to get rid of all these people!

Just one of the frontmen for all this yahoo is Paul Ehrlich, who kicked it all off in the public's mind with his published lies, which were bound in a book called The Population Bomb. Back in the day, the argument was more finely tuned. It said that if we don't reduce the population drastically, hundreds of millions will starve to death.

Today, it's morphed into: "If we don't control the weather and fight man-made climate change, hundreds of millions will die from rising oceans, fire, floods, hurricanes, heat, cold, you name it." That errant opinion is not only shared by but also pronounced by modernists like the newly created Cdl. Robert McElroy of San Diego, who actually says that climate change kills more people every year than abortion.

Abortion kills close to 50 million babies every year, and that's by low estimates. For modernists in the Church and Marxists in the culture, babies are the enemy.

In a recent sit-down interview with his Marxist media allies, Ehrlich was allowed to just lie through his teeth, unchallenged on CBS News' 60 Minutes. But Ehrlich has been on his anti-humanity, too many people rant going back decades. Every major gloom-and-doom prediction he has made has proven untrue. Yet because he was among the first to promote the anti-people narrative, he has found exalted status.

Satan himself couldn't have said that any better: "Children suck. Enjoy your leisure. Don't reproduce. If you have to, keep it to one. Socially shame those who actually have children." You get the idea: "From even before conception, life is to be battled against. If you do, by chance, become pregnant, consider killing the child. If the child is born, get fixed so you don't conceive anymore. The planet can't handle it!"

What's disturbing about all this is that the hierarchy has brought into all of it. They routinely speak in terms of man-made climate change being a real thing. There are multiple programs they support and push with your money to keep "climate change" in front of you. It's impossible for the people of God to be insufficiently scared and nerve-racked, don't you know?

Well, pretty much the same place we'd be without the Inter Community Peace and Justice Center with its Climate Change Resources. These bishop bureaucracies stretch on as far as the eye can see. Congress ain't got nothing on the bishops when it comes to these complicated, overlapping, redundant, byzantine offices and departments — paid for with other people's money.

These bishop bureaucracies stretch on as far as the eye can see.

The Left loves all this going on in the Church because it "baptizes" their work and gives it a sufficient veneer of piety and religiosity, but it's actually being used to undermine and destroy religion. The entire man-made climate change narrative arose from the exact same place by the exact same people who brought us every other lie for the past century.

The only difference is that, way back, the bishops would oppose those lies. Today, they either back or are indifferent to them. Either way, it's the same result. Catholics, by and large, have drunk the Kool-Aid on climate change being caused by man. It isn't.

But the narrative must continue to be propagated so that the globalists behind the instituting of the new world order can continue to herd the scared sheep to give up rights and freedoms. It's just really too bad that among those globalists are various churchmen who should be fighting for you — not spending your money to fool you. 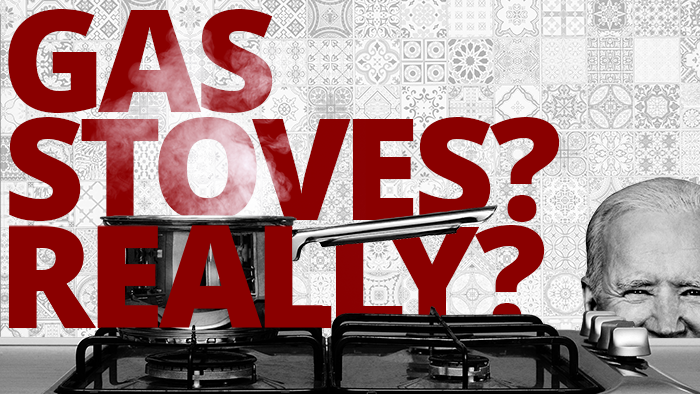