As many of you know, Church Militant not only extols the glories of the Catholic faith, we also delve into the corruption of various leaders in the Church. This corruption — be it moral, financial, doctrinal or liturgical — creates an impediment for many, many people either coming into the Church or trying to remain in Her.

That is the driving force behind our reporting on the corruption — to expose it and help end it. But given the nature of some of what we report (which is all-too-frequently gruesome), some people tell us things like, "I agree with what you're saying, it's just the tone."

Or another favorite (especially when we are exposing moral corruption, which largely centers around homosexuals in the clergy), "Its a little too, you know, direct."

Corruption creates an impediment for many coming into the Church or trying to remain in Her.

This is not a truth issue. It's a sensitivity issue, and, frankly, the entire culture has been so emasculated that direct speak is frowned on because it offends people's politeness meter. Sometimes, often times, even, given what we're talking about, direct speak is not only preferred — but necessary.

Words, for example, like "gay" or "abortion" have become virtually emptied of their meaning because they are used so much. In the realm of homosexual predation by clergy, this topic also has become so frequently spoken of that it easy to forget that, behind each news report or story, there is a real victim — an innocent victim that is almost always a teenage boy.

But when we report on these evils, some people object and say our language isn't "nuanced" enough, that we should change up the vocabulary. Well, for those folks, we'd like to show you something and ask you how exactly you would speak of it — what words you would employ if you were trying to both expose the evil and defend the victim.

The Church is rife with this filth.

This is an up-close listen of what actually goes on, what the reality of all this evil is, not sanitized by soft, inoffensive language designed to cover up the truth. The Special Report is called "Inside the Mind of a Homopredator Priest."

As you view this, keep in your own mind that this is no isolated case. It is, in fact, normal for many bishops, their staffs and many priests. They promote and protect these sickos, these perverts, and knowingly set them loose on innocent young teenage boys.

The Church is rife with this filth, and the bishops who promote it by their silence and cover it up should be dealt with in the most severe manner possible. The clergy who do the deeds should never, ever be out in public again.

An update to this story before you view it — the homosexual pervert priest you'll hear in this report served only two years and is now out walking around.

When this is done, ask yourselves, does Church Militant really strike the wrong tone? 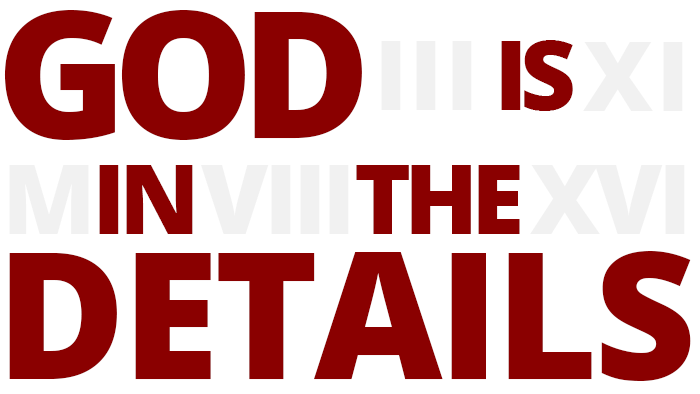 God Is in the Details
And so is the Devil.