That’s what's needed in the Church.

With the death and burial of Pope Benedict now in the past, whatever small modicum of decorum or standing on protocol that the crazies in the Vatican and throughout the larger Church may have exercised will surely be gone now.

The machinery of the Church has been overrun from within and turned into a propaganda outfit for the new world order run by the likes of Klaus Schwab of the World Economic Forum, Joe Biden, Justin Trudeau and many others.

In fact, the co-opting of the Church was a necessary step in all this for them because it "baptized" their efforts, putting a respectable face on super-control efforts like climate change, the destruction of borders, pandemics and so forth.

When Antonio Gramsci founded the Italian Communist Party a hundred years ago, he wrote that the biggest obstacle to world domination would be the Catholic Church.

The Church is not only universal (which is the definition of the Greek word from which we derive "Catholic") in its teachings and doctrines and theology, it's also just plain old normal universal; it's everywhere.

The biggest obstacle to world domination would be the Catholic Church.

For a movement like Marxist communism to try and take over the world (its stated goal), it would sooner or later come face to face with the Church established by Christ, the only institution on earth capable of preventing communism's success.

So Gramsci, Stalin and eventually Mao Zedong set about in various ways to undermine and weaken the Church in anticipation of the eventual face-to-face encounter.

Education and the media were the first to be targeted. First was higher education, where so-called leaders would eventually be produced who could carry the manifesto of destruction into other fields — and they did.

It was not long near the end of the 19th century before newspapers began publishing stories about eugenics and its benefits — all of that funded by the Rockefellers. Birth control quickly followed as not just a eugenics method, but as an avenue to freedom for women unshackled from their biology, the media said.

The end of the 19th century and the next roughly 50–60 years saw the groundwork laid for the systematic dismantling of the family.

First came its devaluing. Indeed, the devaluing of human life in general - as in, there are too many people on the planet and we need to save the planet. This was evidenced in a famous work, which proved to be a pack of lies, by Stanford professor Paul Ehrlich called Population Bomb, published in 1968.

The staunchest defender of the family and children has always been Catholicism, recognizing in the family the divine will for proper order in society, as well as a nurturing home for the raising of children. That teaching is despised by the new-world-order crowd who have set about to not just devalue the family but also redefine the family.

But the destruction and trivialization of the family, propagated in the media and cultural institutions, is just one way, albeit a significant one, that the Marxists have worked to undermine the Church.

In South America, for example, the Soviet KGB went after the Catholic Church by introducing the flawed notion of Liberation Theology, a straight-up Marxist co-opting of Catholicism, turning it into a means to conduct class war.

That began in the mid-20th century and accomplished its goal. South America used to be overwhelmingly Catholic, around 90%. Today, it's barely over half and dwindling. That's hundreds of millions of souls for those of you keeping count at home.

And in each of those Latin American countries where Catholicism waned, first birth control, then abortion and then homosexual crap came roaring in, which was the point all along.

But the destruction was able to happen all over the world because Churchmen became theological illiterates.

Weak men were brought into seminaries, just a few at first, and slowly began to transform the culture of the priesthood into a crowd-pleasing, joke-telling, look-at-me, "you really love me!" emasculated profession for men. Today, that is dominant in the priesthood. The mantra is: Never preach anything that might give offense.

Church Militant has reported on ample cases of priests being shot down by their bishops for doing so — bishops who are mere cadavers, a theological prototype of the walking dead.

The forces of darkness never have a problem raising up men of action. Paul Ehrlich is just one of the millions of tiny examples. Some rise to great notability; others remain in the background, content to pollute as many minds as they are able to according to their circumstances.

But the point is this: They are men of action. Their actions are for the cause of evil, of course, but they are nonetheless actions. And for the most part, they deal in words, mostly spoken, but still words.

They stand in front of college lecture halls, campaign trails, courtrooms, television programs, entertainment venues, social media platforms and even pulpits talking, twisting truth — endless sputum mixed with just enough honey to entrap the weak mind, the one that has not been trained to think critically.

The counterpart to this would, of course, be well-versed, well-trained, dedicated faithful Catholics — our version of men of action. The problem is that they are in short supply, and when that type of man does stand up to speak and rightly points to the evils of the hierarchy as the epicenter of the great cultural demise, they are attacked.

It's a very basic, foundational principle that is never allowed to be spoken out loud in establishment Catholic circles and it is this: All salvation comes through the Catholic Church. Outside this Church, there is no salvation.

Satan knows this, which is why he engineers the entire globalist communist effort to crush the Church. And he has created many allies within the Church, just as he created Judas and eventually entered into his heart in the upper room, inspiring the action of his betrayal — yet another man of action.

There is some personality flaw, a lack of robust masculinity, on the part of too many men in the Church and among the bishops. It's not that they don't intellectually accept the faith; they do. It's not that they aren't heartsick by all of this; they are.

But they will not, for some unfathomable reason, ever address it head-on. It's always in private at cocktail parties, or it's alone, one-on-one, in their offices, or it's delivered in veiled terms in some esoteric speech that's hardly motivating.

The plain talk of solid Catholic men is what is needed today more than ever, but it's continually squashed by these supposedly "good bishops."

They seem to have some extremely misplaced sense of decorum or proper etiquette — some country club, overly refined, pinky-finger extended understanding that "gentle" men never speak directly or in any way that might reflect poorly on the institution.

I had one of them tell me, "Michael, you just aren't aware of what we're doing behind the scenes." Seriously? How's all that plotting and quiet planning working out for you, Excellency?

It's become extraordinarily clear that the only way to preserve even any vestiges of the culture is for men, not children with bombastic idiocy and clever memes, who critically think through issues and philosophy. Men who have the intellectual prowess to dismantle the arguments of the diabolical.

Men of action, dedicated to the good, need to step forward and begin asserting themselves over and above the meandering and "prudence" of a decidedly emasculated hierarchy. They have the authority of office, but they possess none of the qualities or virtues of manhood. They are provoked to retaliate when their manhood is challenged but never provoked enough to do something about what they are being challenged over.

The staunchest defender of the family and children has always been Catholicism.

The members of the hierarchy — we are speaking of the so-called "good ones" — have proven themselves nothing more than fodder for the enemy. They stick their heads in theological compendiums and produce tomes of boring speeches that couldn't motivate a termite to gnaw on wood. They long ago missed the boat on "fighting back."

They behave as though there is something they are "preserving" through their inaction, while in reality, it is a cover for their cowardice and hesitation. They are self-delusional. God Himself cannot motivate them to get off their comfortable, out-of-shape bottoms and get in the fight and shed their blood. They won't join forces; they don't inspire. It's not even clear they understand the problem itself. If they do, they are deadly silent about it.

A few years back, while visiting with one of these men, I asked him, given the horrible evil present in the hierarchy (which he readily agreed was the case), "Well, Excellency, what's the plan? We're ready to help." Even to this day, his response floors me. He looked me in the eyes and said, "Michael, there is no plan. Follow your conscience." That is a direct quote. I couldn't believe my ears.

OK, fair enough. I am following my conscience. The loss of souls, the destruction of the Church, the eclipse of reason, the attacks on truth and the resultant massacre of innocent bodies and souls cannot remain unchallenged, no matter how many bishops get ticked off. Do your jobs so we the laity don't have to.

The Church needs men of action who will speak the truth directly — about everything. 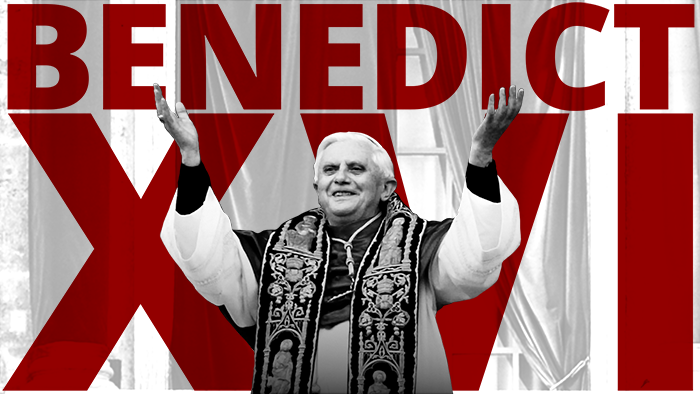