When Democrats in the U.S. House banded together and voted to deny life-saving measures to babies who survived abortion, much was revealed. New York's Jerry Nadler said it would be an awful thing to transport such a baby to a hospital because he might die on the way — seriously. But something else was revealed as well: the total silence of multiple U.S. bishops in all this.

Biden and Pelosi, because of their high profiles, have gotten all the press, but 64 — count them, 64 — "Catholic" Democrats in the U.S. House voted in favor of killing babies who survived abortion. Church Militant did a little research here and looked into the overlap between those Democrats' congressional districts and their home dioceses — meaning, who are the bishops of these Democrats?

What we found was this: More than 40 U.S. bishops are the local bishops for those 64 Democrats. Some of the bishops (for example, José Gomez of Los Angeles) have multiple congressmen in their archdioceses, which is, of course, to be expected because the size of the archdiocese overlaps with various congressional districts. Nonetheless, by Church Militant's count, 46 U.S. bishops are the local ordinaries for these 64 supposedly Catholic congressmen, and we can nowhere locate a single one of these bishops calling out and condemning by name their local congressmen for their vote.

Yet here we have 64 "Catholic" congressmen voting to kill (or let die) children outside the womb who survived abortion, and yet they say nothing to them or about their direct vote. These are their congressmen — souls they are directly responsible to and for. And yet these bishops say not a word. The bishops are complicit in not only abortion but also now infanticide.

They won't shut their mouths about illegal immigration — supporting it because they reap hundreds of millions each year from the federal government in helping to destroy the nation's borders — but on a question literally of life and death of a baby outside the womb, not a word. Without any further commentary, Church Militant presents to you the list of bishops complicit in infanticide — meaning they have at least one "Catholic" U.S. congressman in their diocese who voted for this monstrous evil and have said nothing about it:

Not one of these bishops offered a public rebuke of the 'Catholic' congressmen.

As far as Church Militant can determine, not one of these bishops offered a public rebuke or condemnation of the "Catholic" congressmen in their dioceses for their support of infanticide. It simply cannot be that difficult to issue a public statement condemning child killing and then announcing that their respective congressmen are to be denied Holy Communion.

It seems easy enough to accept hundreds of millions for the destruction of the border in the name of "justice." Meanwhile, Fr. Fidelis Moscinski continues to be dragged from abortion chambers, arrested and jailed for his work on behalf of the victims of abortion. For one thing or another, many U.S. bishops should be behind bars as well. 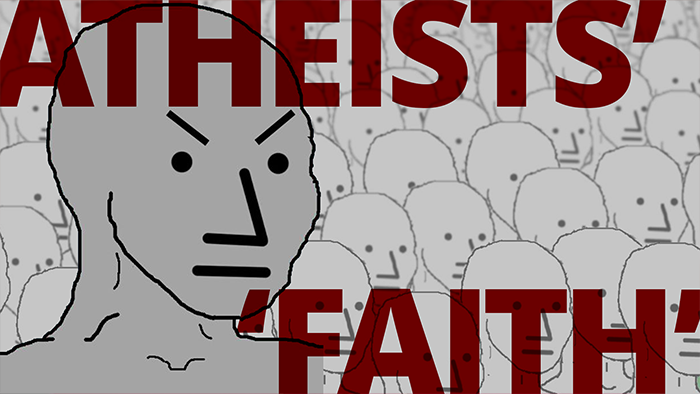 Atheists' 'Faith'
They are rock solid.