Pride is their downfall.

If you haven't heard yet, Church Militant has now become the no. 1 Catholic target of the Marxists. The constant stream of charges that we are "haters" has actually morphed into how "dangerous" all this blending of religion and politics is, with Church Militant apparently leading the charge.

The liberal establishment, with its pomposity and superiority complex, has just deigned to decide the course of world events and map out its own plans for humanity. If you don't agree, then you're not college educated. If you object, then you're a hater — or, more recently, a domestic terrorist, Christian nationalist or, according to Biden, a semi-fascist.

Think of the arrogance of organizations compiling and publishing a list of so-called "hate groups," then having the allied media publish it for you and repeat it as though it is somehow authoritative. What complete and total arrogance. These organizations make false claims, issue press releases, call up their like-minded buddies in the media, and then the fake-news Marxist media quote them as though these organizations — like the Southern Poverty Law Center and the Simon Wiesenthal Center — are the determiners of all things acceptable.

To show you how lazy the Marxist fake-news outlets are, there was a period a few years back when practically every hit piece done on us included quotes from Mark Weitzman, then the director of government affairs for the Simon Wiesenthal Center.  In the original hit piece by The New York Times years ago, the piece that got this whole ball rolling, Weitzman was actually quoted more than me, even though the article was about us and The New York Times interviewed me via Skype for nearly 90 minutes.

Marxist reporters just copy each other's information and themes, call the same people mentioned in the previous report because they're too intellectually lazy to do their own work, and then throw together the same storyline.

This whole hate-group idiocy was devised by the extremist leftist crowd to end all debate. It's just political correctness, which is another idiotic notion they dreamed up on college campuses more than 30 years ago. What a joy it would be to go back to the days of just political correctness. Now, the moment you are tarnished with the label "hater," "domestic terrorist" or "Christian nationalist," you are no longer allowed to speak because you are a threat to our democracy.

Now, the moment you are tarnished with the label 'hater,' 'domestic terrorist' or 'Christian nationalist,' then you are no longer allowed to speak because you are a threat to our democracy.

Since the extreme Left thinks it has some kind of God-given right to determine who is a "hater," we're going to challenge and defeat that claim.  Five years ago, we rolled out our own list of "hate groups." They are distinguished by their hatred of American patriotism, their hatred of traditional theological and moral values, their hatred of small humans in the womb, their hatred of religious liberty and freedom of conscience, and their hatred of our youth in educational settings.

The hypocrisy on the part of these socialist, blood-money-backed operations, with their elitist attitudes and Saul Alinsky worldview, must come under much closer scrutiny.  They must be labeled for exactly what they are — haters.

The country needs to fear these organizations, with their George Soros money and fake moral high ground, coupled with their elitist media allies trying to completely refashion America. These organizations are, or were, given credibility by a leftist media that continues to give them publicity and quote them as experts. Labeling their contacts as "experts" is another attempt to shut down all contrary opinions. They are experts, after all. You are not, so shut up.

For the record, we don't think there is anything wrong with having an agenda. Our agenda is a worldview based on the divine truth of the Son of God and the Church He established— the Holy Catholic Church with Peter as its head. We are upfront about it. We are so upfront about it that we have hundreds of hours of Premium programming making that claim and backing it up.

For the record, we don't think there is anything wrong with having an agenda.

Here is the entire world of Premium programming on the Church Militant site. Behind each one of these thumbnails you see are various seasons, with dozens of episodes of each program. Add it all up and you get more than a thousand hours of programming. There's nothing like this anywhere in the Catholic world.

Heck, our flagship show, The One True Faith, is 118 hours worth of episodes just on its own.  We tackle everything in these Premium shows. Church Militant is committed to presenting the teachings of the Church in clear, decisive, irrefutable and easily understood ways — the exact opposite of what the Marxists do.

The truths of the holy Catholic faith must be intellectually accessible to everyone at all times. So we'd like to ask you to become a Premium member today.  It's just $10 a month, or less than almost everyone spends on coffee in a week. The laity can hope that a day will come when the clergy assumes its proper role of teaching the entire truth about the Catholic faith, but until that day arrives, we must step up and learn the Faith and teach the Faith.

That's why all this week, the last week of the summer, we have been highlighting the treasure trove that is the Premium channel of Church Militant, which is 100% faithful to the Magisterium. It is easily understood and reveals aspects of Church teaching you've likely never heard before.

The arrogance of the Marxists must be confronted so that no one else falls victim to their evil. Again, please click on the link and sign up today for your monthly Premium subscription.

On behalf of the entire staff here at Church Militant, we'd like to wish our American audience a wonderful holiday weekend. What a good time to become a Premium member and dive into the content. 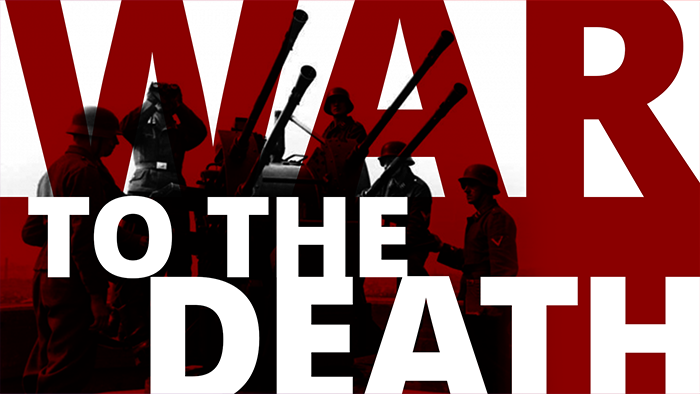 War to the Death
No soldier goes into battle unprepared and untrained.