No time for fantasy.

The very first requirement in battle is to know your enemy. You must know who you are fighting and what his strengths are — that allows you to draw up a plan of attack.

Don't overestimate him, certainly, but do not underestimate him. Doing either of those hinders your planning and could easily spell defeat.

In the battle for the culture, any thought that politics alone will win things back is decidedly wrongheaded. Politics has become a necessary battlefield, absolutely; but that's only because battles farther back down the line have already been lost. In a manner of speaking, the political world is our last stand.

However, for faithful Catholics, there is a much larger battle that must be fought, and, we're sorry to report, most Catholics are completely delusional when it comes to understanding this battle.

First, being delusional is the understandable human response. Human nature, fallen human nature, never wants to really embrace the magnitude of any evil right in front of it. It does so in stages; it goes through a process and digests it slowly. And oftentimes, as the enormity of what stares us in the face comes into sharp focus, we recoil and look for easy answers.

Again, it's a totally understandable response because what we are seeing in the Church is frightening. When people sense their world actually collapsing around them, many retreat into whatever comfort they can find.

When people sense their world actually collapsing around them, many retreat.

It's akin to the "comfort food syndrome" of eating foods we like when we are emotionally overwhelmed or stressed or whatnot. Some people can't deal with things, so they look for an emotional diversion.

When battling evil in the Church, given the eternal stakes at play, the fear is compounded, and so the desire to find an easy answer, a quick fix, naturally arises. This desire takes various forms, depending on the person and his personality.

Some just stick their heads in the sand and say things like, "Oh, the Church has been through bad times before — no big deal," or, "We know who wins in the end."

Both of these and similar thought patterns are born from cowardice, an unwillingness to face the full truth of what is happening. It's like Hitler in his bunker deploying imaginary army groups to wipe out the approaching Russians. The truth is, a failure to sufficiently comprehend a crisis actually increases the crisis.

On the other hand, there are people who do grasp the reality, but respond poorly, deluding themselves into thinking there is one overarching solution — the "silver bullet."

Unlike the other group that refuses to grasp the severity of what's playing out, this group "gets it," but is massively fanciful in their minds about what to do.

You find this approach among people, for example, who think that all they have to do is go to the Latin Mass and all will be fine. There was even a woefully naive slogan a few years back that said, "Save the Liturgy, save the world." But to place all your eggs in one basket is fool's gold.

Even the tendency to just point at Vatican II and blame everything on that is misguided — but it is easy, which makes that approach attractive. Likewise, there is another group that is so distressed at affairs in the Church that they chase prophecies and visions and apparitions and secret unapproved messages "from Heaven."

Every bit of this smacks of Gnosticism — secret, privileged knowledge — and, ultimately, is rooted in pride. But what the new Gnosticism and the "silver bullet" crowd have in common is that they never get down to business. They do not want to look this filth in the Church squarely in the face and properly diagnose it. They won't spend time learning the history, for example, of how we got where we are.

It's too easy to just sit on social media and read some report of an unapproved apparition somewhere that speaks to their own personality traits. Too many people want signs and wonders such as Our Lord splitting open the sky, hurling down lightning bolts and a host of other instant cures.

Of course, Our Lord can do that whenever He wants, if He wants, but "hope" is not a strategy.

On the point of learning, Church Militant has produced a series of reports and investigations on how we got to where we are. These span centuries, from the philosophical collapse originating with Martin Luther, to the societal trends and the failure of various Church leaders to confront these evils.

We go deeply into the role the Rockefeller family played in all this at the end of the 19th century and then the cooperation with all that by notable clerics like Notre Dame's president Theodore Hesburgh.

We take a deep look into the modern homosexual rights movement, which began in Germany in the 19th century, and we explore at great length the rise and advance of Freemasonry and the dominant role it has played in all of this.

We were the first Catholic outfit to produce any meaningful programming on the connection between Saul Alinsky and the U.S. bishops, which is the very thing that started them paying attention to us and eventually understanding the danger we posed to their wickedness. In short, they'd been discovered.

Likewise, we investigate the phony "man-made climate change" movement, which goes back much farther than almost anyone realizes.

Church Militant has spent literally thousands of hours researching and producing these investigations. They are all right here on the website under "All Shows" and then "FBI—Faith-Based Investigations."

We started producing them back in 2009 once we caught on to what was going on in the Church, and we set on a course to unearth the reason why things were so bad. What we discovered in all these investigations is that the problem is not some simple thing, nor is the solution a simple one. It is, in fact, much more serious and deeper than almost anyone realizes, and that means there will not be an easy, short solution to this. It will require a multi-generational attack; a relentless, constant war.

In truth, we should have been in this mindset all along, but as the servants in the gospels came to understand, they fell asleep, and the enemy planted the seed while they were sleeping.

It's pretty clear that for the foreseeable future, the hierarchy as a whole is a lost cause, especially with the recent appointment and promotions by Pope Francis. It is, in a term, a total disaster.

It's time now for those who want to fight to step up and be completely dedicated to the cause.

To date, the response from the laity at large has been woefully inadequate. In fact, it's been naive and cowardly. That will have to change — a mobilization of those who believe and love the truth must develop.

Church Militant has already begun this process with our Church Militant Resistance. Resistance is a Catholic grassroots operation founded and organized by Church Militant to help Catholics learn the riches of their Faith, increase in holiness, strive for strong virtue and combat the heresies and abuses that have infiltrated the Church. We don't trick your email out of you by pretending that if you sign this or that petition it will make some difference. It won't. What petition drives will do is ask you for a ton of requests for donations, but they won't accomplish anything substantive in the war. It will just make you think you've actually done something, but you haven't.

This will be a long and arduous war with no silver bullet, no simple anything.

This is the greatest crisis to ever face the Church, and it's been over a century in the making. It's time now for those who want to fight to step up and be completely dedicated to the cause.

Catholic saints must now arise and answer the call. 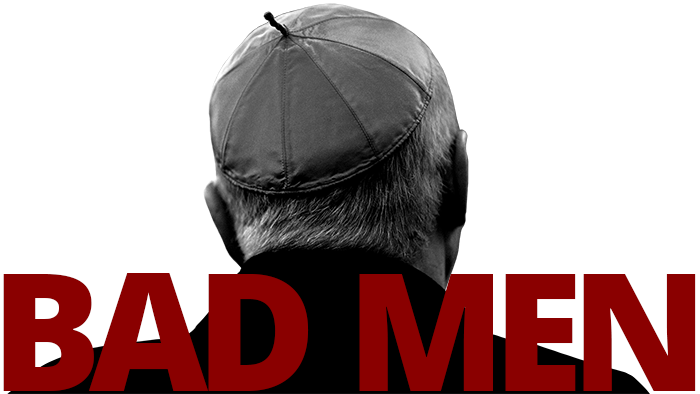