They Want You Dead

And they have a lot of help.

A couple of years ago, Church Militant exposed the truth that Scranton, Pennsylvania, bishop Joseph Bambera — a raging homosexualist and homopredator cover-up artist — was a registered Democrat. He certainly isn't alone among his brother bishops, all members of the gay cabal strangling the life of the Church. Apparently, the liar couldn't take the heat anymore, and, a short while back, he quietly switched his party affiliation to "independent."

Is there anything more revolting than a bishop who is a registered member of the Party of Death? Well, yes, there is. It's one who, once exposed, then tries to cover it up. Coward.

But what else do you expect from this type of human male? We are, of course, deliberately avoiding the use of the word "man" because he isn't one. Does he really think that by checking a different box on a voter form people will now believe he's all good? Why don't you come out and explain why you changed, Bp. Bambera?

Given the current political climate, a notable bishop from Joe Biden's hometown who suddenly walks away from the Democratic Party is pretty significant news. But, of course, the reason he won't say why is because he really hasn't changed anything at all, except the official piece of paper. In his mind, he still aligns with the Party of Death. And in his heart, he still embraces their agenda. Bambera is a Democrat in his "bishop CEO suit" and nothing more.

In his mind, he still aligns with the Party of Death.

And he is in league with dozens of other bishops across America who are just as sodomy- and child-killing friendly as the Democratic Party itself.

Of course, they can't go from zero to "you dead" in a heartbeat, so, along the way, they will happily limit your rights, box you in, shut you up, prosecute you, censor you, demonize you, conspire with social media giants against you, lie about you, disarm you, vax you, mask you, bankrupt you, investigate you, steal elections from you — and anything else they need to.

Of course, they always pretend all of this is for your health, your safety, a better planet for you, equal rights and a better life. But the Party of Death has no concern about a better life for you. They want you dead.

They've already killed tens of millions of babies, disarmed schools, created a massive drug/mental-health crisis, greatly increased suicides, vaccinated people to death, cheered rioters who are killing dozens, let killers or violent felons walk out of prison, imported criminals from other countries and turned them loose on your streets. Their list of crimes against life and peace is too long to count.

A recent poll of young males who self-identify as leftists revealed almost half of them believe assassinating the political opposition is perfectly acceptable. But what else would you expect from a generation raised on no morals, video games and nonstop propaganda? They make the Hitler Youth pale in comparison.

We can see why a bishop like Bambera would want to publicly disassociate with them, but it's only a public disassociation. If he'd had an actual conversion, he'd announce it happily. He'd call them out for their evil and apologize for the years he had allowed himself to be duped. He'd also have the integrity to resign at the end of his "I was wrong" speech.

But see, he and his brother Party-of-Death bishops don't think they are wrong at all. They are down with that entire agenda. Why should we believe that he cares about children's lives when he has kept his mouth shut about millions of them being killed in abortion chambers? There are at least three abortuaries within 30 minutes of his chancery. When's the last time he was at any of them to pray or to lead the faithful or to recognize the gruesome reality of what goes on inside these modern-day killing centers?

Is he worried that the local bishop showing up at these murder factories would upset some of his buddies in the Party of Death or that he might be exposed by them for who he truly is, a completely compromised cleric?

The Party of Death isn't something that exists in the ether. Every day, millions of people get up and go to work, totally dedicated to the mission of killing you. They use politics, media, law, education and medicine — all in concert with each other — to deprive you of as many rights as possible, all of it on the way to depriving you of your right to live.

On one level, while it is extremely sad and very difficult to watch (and, believe me, to report on), it is good that the facade of Catholicism they have spent decades constructing — a facade that has nothing to do with the authentic Faith — is now crumbling before their eyes.

They have to sell off parishes, ordain insufficient numbers, close schools, pay off sex abuse victims, hide their finances, sit in depositions and meet with marketing firms. What a life. Yet they persist in it. They persist in it because they have long since sold their souls to Satan and know nothing else.

The Party of Death has been able to advance because of crooked, complicit Catholic clergy.

However frightening it is, the reality is simple: The Party of Death has been able to advance because of crooked, complicit Catholic clergy, essentially homosexual men who are bishops who found a home in this political organization that provided refuge and some respectable cover for their perversions.

It should come as no surprise that perverted bishops and perverted politicians found a common cause in child sex abuse and its cover-up, child perversion and child murder.

The Party of Death wants you dead. Their bishop accomplices want you dead in eternity. 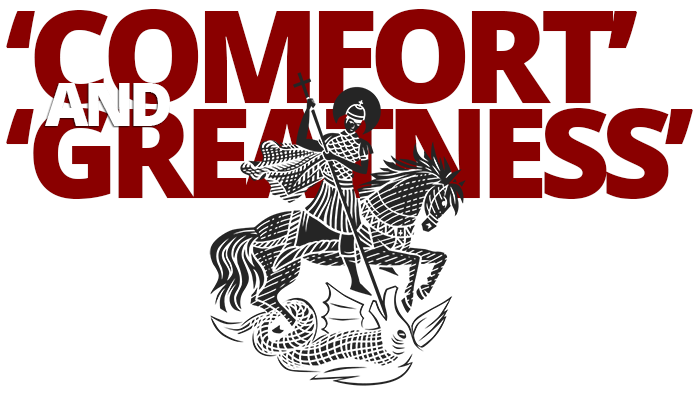