Fr. Horn had been settled into his role as director of the Office of Priestly Vocations for five years.

Every now and then, a crystal-clear example presents itself that reveals the total rot in the Church. This one comes from the archdiocese of Detroit, specifically one of the premier parishes — National Shrine of the Little Flower — and, more specifically, its school.

The pastor there, Fr. Joe Horn, who, by the way, is the vocations director for the archdiocese, just completely and totally caved to the homosexual agenda in his school. If this is the kind of example that a priest in charge of vocations sets for young men considering priesthood, they should walk away now while they still have mastery of their souls.

For a brief background, a longtime teacher at the grade school, Dawn Nyikes, had put up a poster in her classroom of Harvey Milk. Harvey Milk was on the San Francisco Board of Supervisors, was openly gay and was shot and killed by city councilman Dan White in 1978. Hollywood even released a glorification movie about it starring Sean Penn because the Culture of Death always celebrates its own. But exactly why such a poster would be up on the wall of a Catholic classroom with young impressionable minds staring at it is a good and central question.

So some parents became aware of it and complained, and the school administration confronted Nyikes about it. She immediately went to the "feel bullied" corner, thus short-circuiting any discussion about the immorality of this topic and its opposition to Church teaching. But that's what the political Left always does: It goes straight to the emotion and feelings, sidestepping the intellect.

There is no reason on earth why a poster of a notable homosexual activist should be plastered on the wall of a Catholic classroom. The teacher then relayed her hurt feelings and, as a result, not only did she resign, but another teacher, Jane Frechette, joined her.

There is no reason on earth why a poster of a notable homosexual activist should be plastered on the wall of a Catholic classroom.

Church teaching on this did not matter in the slightest. Why would it? The teachers and their eventual supporters who rallied around them have been lied to by a largely homosexual clergy in this archdiocese for decades. Or, at the very least, they have never been taught the truth. So these teachers and their supporters see this entire matter as "just being mean." Nothing more — just a failure to love.

They whipped up a social media cause, and they got local media to arrive at the school last week to cover their plight of a mean, old Church hurting their feelings and hating homosexuals. Of course, the local media responded exactly as expected. One station even completely ignored that there was a sizable counterprotest of faithful Catholics there defending Church teaching and encouraging Fr. Horn to do the right thing by sticking up for Our Blessed Lord and the Church.

They quite literally had his back. But, of course, he totally caved, proving that even if a priest or bishop may actually personally and privately believe the Faith, it is dead if it is not followed up with good works. The good work, in this case, would have been to stand his ground and refuse to knuckle to the LGBT hate-machine.

The LGBT crowd, of course, showed up with their false appeals to "love," meaning that Jesus doesn't care at all about people's sins. He's indifferent to them. All that matters is that everyone is accepted regardless, that salvation is free, that grace is cheap and that everyone is saved.

So at the protest in the school parking lot, Fr. Horn did exactly what every wimpy priest in the United States does every single time a challenge to the authentic teaching of Christ is assailed: He refused to defend it and made the phony appeal to dialogue that says, "We all just need to coexist, get along, be nice." It's an appeal to peace and unity, but without any truth.

In fact, underscoring his stand, he sent out a letter to the entire parish stating that very thing by saying, "We all join together as a faith-filled community." But he never indicates which Faith, because promoting homosexuality to young minds, however subtly, is definitely not Catholic. Allowing the penetration into his school of a passive-aggressive discarding of Our Lord's teaching is not Catholic.

The homosexual agenda has won and, from this point on, Fr. Horn is neutered. Your child's soul will no longer be safe there. It's challenging enough to combat the evil in the culture, but when the evil is enshrined, you need to leave. He gave in, and now it's on the record.

And when push comes to shove — and it will again in the future — he will never again be able to assert Catholic truth in the face of the dominant culture because when faced with it, he sacrificed it at their altar, covering it up as "dialogue" and "reconciliation."

Be honest, Father. It's called compromise for the sake of calming the mob. At least be that honest. But the icing on the cake is that not only did he send a letter to the school community announcing their reinstatement, but he included a letter from them that proudly announced, "Love does conquer all."

Love did not conquer in this case. Lies did. Compromise did. Sin did. And now the dominant theme at this school is that the LGBT ideology can never be challenged again.

So if you're a parent who is down with your child learning that intrinsic evil can be bargained with and negotiated with, then keep your child there. The pastor does it, so you'll get along just fine and have loads of dialogue. And your child will be just one more statistic in the spiritual war.

When he was out trying to placate the gods of the culture in his school parking lot last week, Father was saying this didn't have to do with anything other than a misunderstanding — it wasn't about Church teaching. It is exactly about Church teaching. That's why the complaining parents complained. The issue is why the teachers resigned and the fact that the poster (which is still up in the classroom, by the way) is an accusation against the rightness of Church teaching.

So whatever mamby-pamby deflection game Fr. Horn is playing here, it's disingenuous. That's why there's not a word mentioned reaffirming the Church's teaching in either his letter or their letter. Talk about a perfect opportunity to reaffirm the Church's doctrine regarding the intrinsic evil of sexual acts outside of sacramental marriage, including homosexual acts.

Local news crews did not show up to cover a misunderstanding. The protestors were there to support sodomy — their signs even said so. The teacher's "love conquers" comment is straight out of the homosexual playbook. And if Fr. Horn actually believes this has nothing to do with Church teaching, he's the only one who thinks that.

That's why a poster of a gay-hero icon is on the wall. It's a Catholic school. Why isn't there a poster of a heroic saint there in its place instead of a man worshipped by the homosexual world as a martyr to the cause of the sexual revolution?

Love did not conquer in this case. Lies did. Compromise did. Sin did.

Come on, Father. You're either massively naive or lying if you expect anyone to believe this had nothing to do with the Church's teaching. Everyone thinks that. So let's just say that if every other person has it wrong, then you should clearly and directly correct their mistaken impression by not only clearly asserting Church teaching on the matter, but — and this is key — have the teachers make a public profession of their faith in the Church's teaching that homosexual acts are intrinsically disordered and always gravely sinful.

If they truly believe that, then neither they nor you should have a problem clearing up the whole matter with a simple, clear declaration of that. But that clarity is conspicuously missing here, Father, and it's because you either didn't want it or didn't insist on it. Why would any faithful parent entrust their child's soul to your care now?

You're a wimp, Father, who caused scandal by your actions, your refusal to defend the truth. Did Msgr. Michael Bugarin, on orders from Abp. Vigneron, call you and threaten you or something? Or did you just cave completely on your own?

And while we're speaking of resigning, perhaps you should strongly consider resigning from your post as the director of vocations. What kind of dedicated young man would want to follow you into the priesthood, and for what? To learn how to cave at the first sign of conflict?

Welcome to yet another example of the failed priesthood in the archdiocese of Detroit. All that matters is people's feelings. Truth be damned. 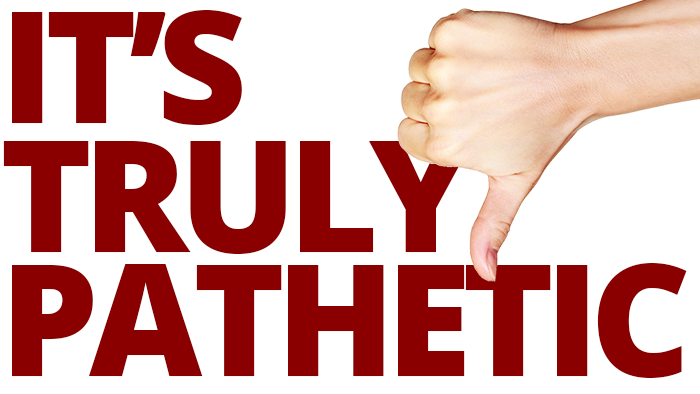