One of the things we really try to impress on younger folks here in the studio, as well as those in the audience, is just how much things have changed since we were their ages. There is really no way anyone older than about 50 could say this is the same country anymore. It's not.

For example, Church Militant had to spend hundreds of thousands of dollars simply to exercise our First Amendment rights to free speech and assembly in a blatantly obvious case of those rights being trampled by the city of Baltimore.

Likewise, it has now become apparent that Obama, Biden and Hillary remade the intelligence agencies by appointing Marxist-friendly leaders. They turned around and used the DOJ and FBI to spy on Trump and destroy his 2016 bid for president. Everything that has happened since is because that plan failed.

With the obvious exception of what the Holy Spirit protects and guarantees, this isn't the same Church anymore, humanly speaking. Men who do not believe the Catholic faith are in charge of administering the Catholic faith. The world in which many of us grew up no longer exists. It's gone.

For example, in the past few days, the German Synod has come out recommending women be ordained and sodomites be married in the Church. Likewise, all over the political battlefield, Democrats are wrapping themselves in the American flag and pounding the theme that they love America. Anyone who opposes them is a terrorist, insurrectionist or unpatriotic. That was the heart of Biden's Hitlerian speech a couple of weeks ago — that the Democrats are the only ones who can save democracy.

Talk about an inverted clown world! The entire culture is crumbling, and the accelerated rate at which it is crumbling is astonishing.

For the moment, there are still some places where you can pretend none of this is happening. There are still vestiges of the prior country and the "prior" Church that give the "head in the sand" crowd a place to feel comfortable. But those too will be gone soon, because evil needs complete and total subservience. The goal of the enemies of Christ has never been about tolerance or dialogue. It has always been about domination and nothing less.

While it is true that more people are now waking up to that reality, the question is whether enough people wake up to it. Even if they do, will they step forward and make the necessary sacrifices to push back and restore what once was? That is going to be a very tall order.

The enemies of Christ have been at this for generations — so long that they have succeeded in producing multiple generations of political, philosophical and theological idiots who know nothing of the prior country and prior Church. Tens of millions of Americans and Catholics in America have no conception of how life used to be, what an authentic spiritual life was, or what being patriotic was. Those notions aren't even on their radar and never enter their consciousness. They have been deprogrammed, in a sense, from even being human. Their intellects and their ability to think critically are simply gone, unless it involves some pop star, athlete or social media fad.

In addition to being perverted intellectually, they have also been twisted psychologically. They have been taught for decades that they are "special," their feelings are what matter and they are entitled to whatever they want — even so far as signing a note promising to pay off student loans and then not having to pay.

Every story we hear about as "news" is really one more step on the way to the complete inversion of the culture. The refashioning of the armed forces, the insanity in America's classroom curricula, little children being exposed to drag queens — all of these are meant to dull your intellects, and eventually your morals, by constant repetition and exposure until you see it as no big deal. Sure, you may not like it, but you just come to accept it all.  Once that is achieved, Christ's enemies move the goalposts again. What they have been able to achieve is not some violent overthrow but a well-orchestrated takeover.

Once that is achieved, Christ's enemies move the goalposts again.

The exact same is happening in the Church. Why would gay-friendly bishops and their largely homosexual clergy want to destroy the Church's institutions, edifices and appearances? Because destroying those things is extremely helpful to their final goal of destruction — not of the Church, but of the Faith. All the human aspects of the Church — money, prestige, far-flung influence — are powerful weapons in the hands of the robe-wearing enemies of Christ. They need those things to accomplish their designs, just like the Democrats need to control the framework of the republic to eventually demolish it.

Where this will all end, no one can say. But we can say with absolute certainty that we are nowhere resembling where we once were. Since Marxism/socialism/communism first arrived on the scene of human affairs, it has scored victory after victory, while its few setbacks became tactical retreats.

The nation and, most importantly, the Church have been invaded. If you are not actively engaged in this fight, in whatever way you can, you are part of the problem. 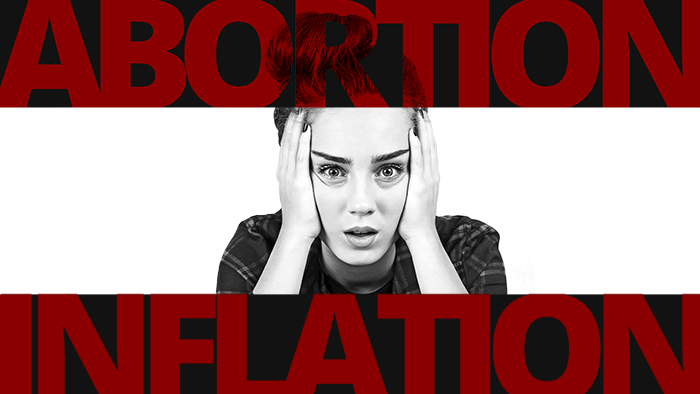