It's being used to kill souls, not just some bodies.

The world is in the grip of a panic created by so-called experts over a virus that has an almost 99% survival rate. If you'll recall, about a year ago, everyone seemed willing to believe that this very well might be the next Black Death and was willing to take precautions, including sacrificing their freedom and liberty, crashing the most successful economy in U.S. history and, for Catholics, losing virtually all access to the sacraments.

But a funny thing happened on the way to near-extinction of the human race, it actually didn't happen. At first, we were told, "Stop the world and all life as we know it for 14 days while we 'flatten the curve.'" Then it was, "Mask up." Then it was social distancing, and one by one, every normal facet of life simply vanished.

But, after a while, there was something that seemed contrived about all of it, as stories of various scientists contradicting each other kept coming up: Masks work; no they don't; now wear two, or six, or whatever. Every day there was new weird order, medical information, all of it contradicting whatever you had heard the day before.

The World Health Organization lied. China lied. And then, all of a sudden, like they had gotten some secret memo, the media and the so-called experts found their footing and started lying as well. Soon, the only people allowed to speak publicly were the mask Nazis and Dr. Fauci — who still doesn't seem to have gotten his "facts" straight about masks.

Democratic-controlled states, one after the other, broke their own laws to rig the system and get billions of mail-in ballots shipped out.

All the elites and experts were ordering everyone else to mask up, but none of them were, unless there were cameras on. As the virus of experts dragged on and lives were being destroyed in the process, the elites committed the crime of opportunity of the century: They used their virus as a means to steal an election and get rid of their nemesis, Donald Trump.

Democratic-controlled states, one after the other, broke their own laws to rig the system and get billions of mail-in ballots shipped out (which they forged hundreds of thousands of) and then stole the vote in the dead of the night, flipping nearly every key battleground state to the unelected Joe Biden.

As those first weeks went by and it turned into months — and, now, almost a year — it seemed like the elites had gotten their way and we were about to drop the pretense about masks and social distancing and everything else. But hey, after they saw the carnage they could inflict on a country, they decided, "Let's keep riding this horse."

Why? Because so many people are actually going along with giving up their freedoms (because they are scared or stupid or both) that the Marxists have found the goose that lays the golden egg. Anyone who questions the narrative is labeled a nut job, thrown off social media and somehow turned into a white supremacist who needs to be expunged from polite society.

While all of this goes on, the media continues to lie about the numbers of actual cases related leading to strictly COVID deaths. Anyone who dies of anything, if COVID is even in the mix, their death is attributed to COVID. This week on Mic'd Up, Church Militant speaks with Jay Richards, a faculty member at Catholic University of America, who says this pretense must be resisted.

And for Catholics in particular, Richards says the U.S. hierarchy has folded like a house of cards, going along with governmental lockdowns that are beyond stupid — not to mention unconstitutional. One of the most severe impacts of the virus created by experts is the way it has reduced so many citizens to terrified sheep.

It has also created a god-complex, with many people who have some itching to go around and exercise fake authority over other citizens, chasing them down in stores and even outside, screaming at them to put on their masks and stop killing people. And in Catholic circles, the willingness of so many to just sit there and obey ridiculous rules during the Holy Sacrifice of the Mass is astounding — stupefying to watch.

In Mass, inside your parishes, a government-ordered crackdown is being enforced by your bishops.

Put frankly, what the hell are you going along with this for? In Mass, inside your parishes, a government-ordered crackdown is being enforced by your bishops, the same bishops who have betrayed you time and time again to curry favor with these government overlords. This episode of Mic'd Up may be one of the more controversial — which is really saying something — that we've aired here at Church Militant and is well worth the watch.

Too many people — Catholics especially — are just accepting at face value the words of child-killers and those who helped get them into power. You have a duty to stand up to this wherever you can, especially in Church. Just simply refuse to wear a mask in the House of God. No ands, ifs or buts.

Refuse. Sit away from others if you have to, but refuse. You are there to worship God, not man and certainly not to obey Ceasar's rules invading the Holy Sacrifice. Just stop it. Refuse. What are they going to do, call the police? And if they do, be sure and get video and send it to us.

The Marxist experts found a method (which, yes, does hurt or even kill some people) to bring an entire world to heel using fear. You are being warmed up, plied, used, to usher in the Great Reset. 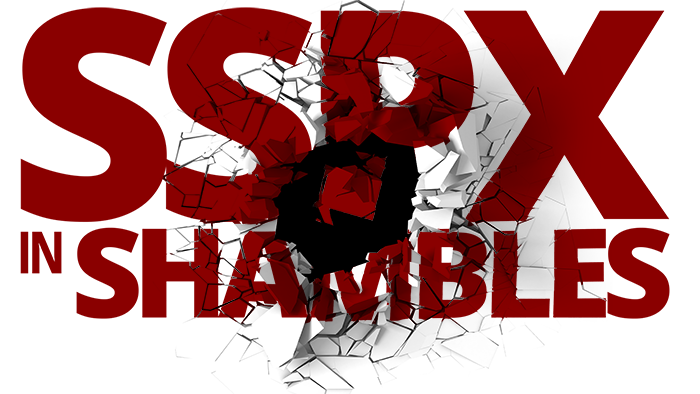