War to the Death

No soldier goes into battle unprepared and untrained.

If you haven't noticed yet, then you need to soon — there is a war going on, and it is a war to the death. Two giant armies are marshaling their forces. When all of this is done, only one side will be left standing.

In short, it is evil versus God. Period. Even the Marxist media have picked up the theme, with their nonstop propaganda about Christian nationalism. While it is sad that it has come to this, it has to be accepted and embraced. Whether this is the beginning of the final battle on earth or just the final battle of this age we do not know. Frankly, it does not matter. What matters is that you join the war.

Every spiritual good, every divine utterance and every moral virtue is under assault by the purveyors of evil. Every institution has been perverted or nearly perverted: law, medicine, education, the arts, the media, government, the military and, yes, even — most importantly — religion. Make no mistake that the supreme target is the complete refashioning of the Catholic Church. To the extent that leaders in the Church fail to recognize this and act accordingly, they will have to answer to Almighty God when they die, or perhaps even before they die.

The Marxists will not stop until, through whatever means they can — violence, law, politics, social engineering, all of them — they force the Catholic Church to either embrace or surrender to their agenda of evil. But this will never happen. The sun will never rise on the day that the Church accepts child murder, euthanasia, sodomite marriage and the whole list of these wicked ends.

The sun will never rise on the day that the Church accepts child murder, euthanasia, sodomite marriage and the whole list of these wicked ends.

Hear it loud and clear, enemies of Christ and His Catholic Church. Ain't. Gonna. Happen.

We have been through this many times before, with evil empires and lovers of wickedness trying to crush the truth. But the Church always buries Her enemies. You will never succeed because our Father is God and your father is the Devil. No matter what you do, say or plot, or even whatever temporary successes you may have, you will never achieve final victory. We pray that you see the light, come to the side of goodness and repent, just as many of us did.

A very large number of us used to be on the side you're on now.  We had walked away from the truth, however much it may have torn us up inside. We embraced and loved our sin more than the truth. But through the power of divine love and supernatural grace, all that changed. We looked at ourselves in the mirror, realized our awful conditions, came to our senses and repented. Now we are here. We deserted the Devil, rejected him, and found peace and calm.

We don't claim to be morally superior as individuals, but we do claim — because it's true  — that what we support is a morality given to mankind by a loving heavenly Father.  If it comes to it, we are willing to die for it. We don't want you to die in your sin, but we will never allow you to impose those sins on us as a cost of living.

So continue on with your fake news attacks and distortions, your rage-filled rallies in favor of child murder and sodomy, pretending it's all about the environment and social justice and illegal immigration and animal rights and whatever other cover you can dream up and use to pretend to seize the moral high ground. You are all liars, which is why your father is the Devil. He has no truth in him, and as long as you remain on his side and embrace sin, you are children of darkness and offspring of the Serpent. You need to reject his patrimony and walk away while there is still time to save your souls. You will lose this war even as you win some battles.

The Catholic Church will never accept your evil. Never. You will either repent, as huge numbers of us did, or you will be damned. In the end, your rage-venting and the hatred you hold in your hearts against all that is good will have amounted to nothing. All your wicked plans will be gone in an instant. As the psalms say, "Great men are only an illusion; take their breath and they return to nothing."

What will be left standing — no matter how betrayed from within, or how battered, smashed and tattered — will be the Holy Catholic Church. The war will end, and all your machinations will have come to nothing. Repent. Switch sides and repent. Despite all efforts, truth, like water, always finds a way.

For those of us who believe and know the truth, we are commanded to announce it. That means we must know it ourselves. After all, you can't give what you don't have. The truths of the holy Catholic faith must be intellectually accessible to everyone, at all times.

For those of us who believe and know the truth, we are commanded to announce it.

So, we ask you to become a Premium member today.  It is just $10 a month, less than almost everyone spends on coffee in a week. The laity must step up and fill in the gap where the clergy have so spectacularly failed these many decades. This is why we produced 25 episodes of our program Wisdom of the Fathers, hosted by my dad a number of years ago. In Wisdom of the Fathers, my dad goes into detail about the lives of various Church Fathers, the Patristics, whose writings and lives helped transform the world from paganism.

Likewise, Simon Rafe and I co-hosted a fun little program back in the day called Moral Compass, providing a clear look at the Church's moral teaching on a wide variety of topics. We also produced 13 episodes of a program called Baptize All Nations, on the subject of evangelization. Those shows alone amount to more than 24 hours on faith and evangelization.

All this week, the last week of the summer, we are highlighting the treasure trove that is the Premium channel of Church Militant, with hundreds of hours of programs touching on everything you can imagine about the Faith. All are 100% faithful to the Magisterium, easily understood and laden with aspects of Church teaching you have likely never heard before.

The spiritual war the world is involved in right now demands that Catholics know their Faith.  Becoming a Premium member is a fantastic way to begin. Again, please just click on the link and sign up today for your monthly Premium subscription. 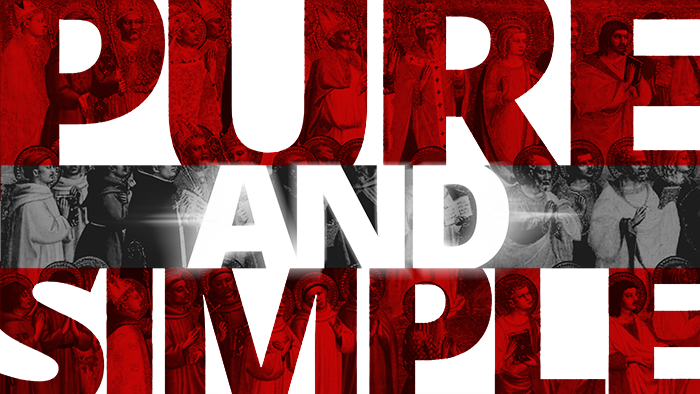