This close to Catholic.

The corpses of former Catholics piled up on the political landscape are appalling.

Church Militant has already interviewed Marjorie Taylor Greene, who was born and baptized Catholic, baptized her children Catholic and was poorly catechized; resulting in her leaving the Church when she saw the bishops being essentially limp-wristed communists.

But when you look closely around the battlefield and dig a little, you will see a large number of former Catholics carrying the banner of political conservatism. There is a hint of Catholicism in these candidates' positions and policies, sometimes much more than just a hint.

For example, Kari Lake, the upstart feisty candidate for Arizona governorship — raised Catholic, she now no longer has anything to do with the Church, although it's clear she still embraces some of her Catholicism when it comes to the natural world. Likewise, U.S. Senate candidate (also from Arizona) Blake Masters — he, too, was raised Catholic and has since left the Faith.

It's jarring to the sensibilities of faithful, well-catechized Catholics that so many of the people we are cheering on politically comprise some of the collateral damage of the Church imploding. How much better off would America have been, and be in the future, if these souls could have remained in the Church and been properly catechized, instructed and formed in the One True Faith?

Yet, as we see time and time again, they have been left to fend for themselves by a reckless and uncaring hierarchy. The bishops were more content with allowing the Joe Bidens, Pelosis, Kennedys, Caseys, Durbins, Leahys, Cuomos et al. to define the Faith for an entire country and party.

So many of the people we are cheering on politically comprise some of the collateral damage of the Church imploding.

You'd be hard-pressed to find any bishop speaking out against any of these deceivers, and even on the rare occasion they do, it's so far gone now that the impact is nothing. They let in and, in some cases, supported the spread of the Civilization of Death, starting right in their own sanctuaries.

Boston cardinal Seán O'Malley gave a king's send-off to Sen. Ted Kennedy at his funeral Mass. It was like Kennedy had been canonized. For the record, Kennedy spent not only a political life drinking, carousing — not to mention killing Mary Jo Kopechne at Chappaquiddick — but also voting to kill millions of preborn babies. Hopefully, he was saved, but in no way, shape or form did he deserve that celebrated funeral Mass.

Here in Detroit, Abp. Allen Vigneron made a career of looking the other way as Catholic Democrat congressman John Dingell voted countless times to kill children. What was the response from Vigneron? Silence. He did say that we are mean for dividing the Church (but aside from that, not much).

The list of these wicked prelates and their inaction that has driven good men and women from the Church is frightening to behold. It's become a career; it's so ensconced.

All across the conservative political movement — MAGA world, if you will — you'll find ex-Catholics still breathing the fumes of Catholicism. And at least for that, thank God.

But when the push comes to the shove, they aren't fully equipped to understand the entire gravity of the spiritual war taking place. They do get, on a basic level, that there is a spiritual dimension to this fight (the political fight), but when it comes to all guns blazing, they don't quite have the firepower needed.

The Catholic life, properly understood and lived, is not just generic Christianity. It's a lot deeper than that — a lot. A nation's civic life, its political life, arises from its moral life. If that morality is not fully informed on a philosophical level, things are going to be shaky.

Even if a return to morality and consequent laws based on morality were to return, they would always be threatened by a foundational philosophy not based on natural law and right religion.

If only the bishops had been pursuing the Faith in these past decades, imagine the flood of authentic Catholics there would be in the political world. Marjorie Taylor Greene, Kari Lake, Blake Masters and so many other former Catholics are, or at least appear to be, men and women of goodwill.

The bishops managed to not only create division in the Church but the country as well.

While goodwill on its own is insufficient for salvation, it is the first necessary ingredient because goodwill is good precisely because it seeks the truth. Even if the truth is uncomfortable, it will still be pursued by those of goodwill. It isn't truth in itself, but it is the first step toward it.

The Karis and Marjories and Blakes of the political arena are our brothers and sisters in faith. They are, in many cases, a simple confession away from full restoration.

Yet the bishops have created, and continue to sustain, such a questionable environment for returning (with their liberal, anti-American, pro-communist, wimpy, gay-friendly craziness) that normal people, Christ-loving patriots, see almost no value (if even any) in returning.

The various conservative politicians we encounter around the country who are former Catholics but still have some touchstone to Our Lord, don't hold any animus against faithful Catholics, but they see the bishops and establishment as anti-American and pro-socialist.

Frequently, you can only walk away from these discussions saddened, thinking to yourself about what might have been. Thanks, bishops.

Talk about creating division — something you gossip about regarding Church Militant nonstop. In one fell swoop, the bishops managed to not only create division in the Church but the country as well. 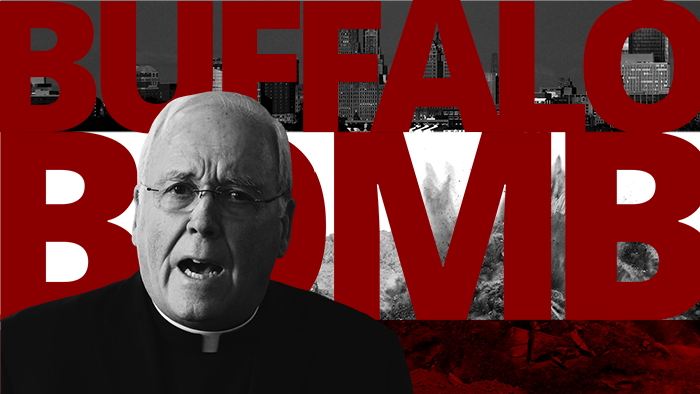