As we launch into 2022, please allow us to take just a brief moment and express our deep gratitude to everyone who contributed to us at the end of 2021.

Your generosity is truly humbling and, obviously, much appreciated. Our promise to you is that we will do everything we can to be as responsible as we can and spend your money wisely.

That includes who we hire, what we purchase, what we cover and everything that we have to pay for. We have said from day one that this apostolate belongs to you as well as us. We are just the ones who work inside the walls. But it is a work of the Church that is provided for by your generosity and the graces afforded us by your prayers.

So, as we step into 2022, please accept our heartfelt gratitude for how you committed to us at the end of 2021.

Now, turning our guns to the new year, 2022 has the potential to be the year that the Marxist forces in the Church and the culture experience their own "Stalingrad." For those who may not be World War II buffs, Stalingrad was where the Nazi war machine finally got bogged down after sweeping across Europe and enslaving virtually the entire continent. The truth is, the Soviet forces really should not have won that massive battle (they did have tenacity and the will to win on their side).

But, in addition to the Russian winter (something the Nazis greatly discounted), the Soviets decided to draw their line in the sand in Stalingrad. So much a statement did they make that communist leader Joseph Stalin actually renamed the city after himself to inspire his armies to fight harder to defend it.

The entire empire of evil is, at last, beginning to show its cracks.

It was formerly "Volgograd" because it sits on the Volga River.

But what the Soviets also had working for them was the arrogance of the Nazi leadership.

They had come to see themselves as unbeatable. In the media world, we call that "believing your own press clippings." As we draw the analogy to 2022 and the Marxist forces at play in the Church and the culture, they, too, have come to see themselves as unbeatable. As such, they reveal their true intentions. They drop their masks way too often, and that is their weakness.

Their lies — their machinations — have the very real potential of blowing up in their faces.

Church leadership and the United States government are each in crisis and, while they are constituted differently, they each have a common enemy — the truth.

The COVID tyranny, the constant agitating against morality, the freaking out over child slaughter, all of it — the entire empire of evil — is, at last, beginning to show its cracks.

No one with a brain believes the mainstream media anymore. No one believes traditional political polling.

All across the country, parents are pushing back against Marxist school boards. People are leaving blue America by the droves. An alternative economy and an alternative media are coming into their own. The momentum is all on the side of the good guys. After playing defense for so long, taking beating after beating, you can feel, at long last, a major shift.

As the year unfolds, you can count on Church Militant to be front and center in the war — fighting for truth, fighting for Holy Mother Church. 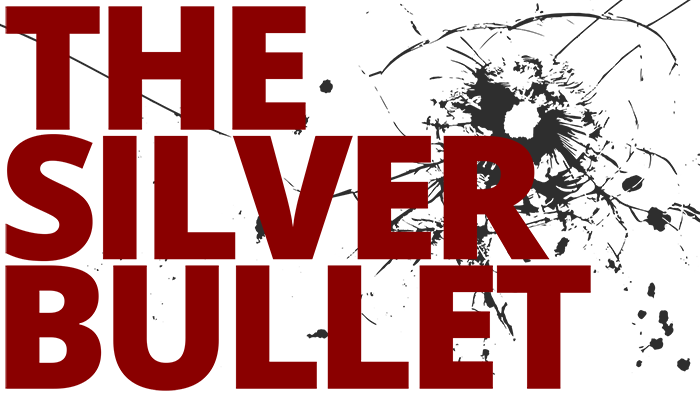 The Silver Bullet
No silver bullet.