A Cardinal, a Monsignor and a Priest

They did more than just walk into a bar.

This Vortex is coming to you from the New York archdiocese, where lots of questions about various issues remain covered up by officials. Before we get into many of them, let's make clear from the outset that we sent an email to Joe Zwilling, communications director for New York, asking him for comment. As he usually does, the director of communications refused to engage in any communication, choosing instead to ignore the email.

We asked about the as-yet still unresolved case of Fr. Peter Miqueli, the priest whose sordid sexual actions shed a whole new light on the homosexual priests scandal in New York. You will recall that the secular New York media ran wild with front-page stories for three days in a row about Miqueli's relationship with pay-for-gay prostitute Keith Christ. Parishioners in two different parishes — St. Frances Cabrini on Roosevelt Island and St. Frances de Chantel in the Bronx — each accuse Miqueli of embezzling enormous sums of money to pay for his sexual liaisons with Crist.

Parishioners in the Bronx contacted Cdl. Dolan months before the news hit the secular press, and he kept blowing them off. Once the headlines came out, only then did he act in a definitive way, getting rid of Miqueli — although it was staged to look like Miqueli had stepped aside. To be certain, he was pushed out, as he should have been months and months earlier.

So what happened to the priest? Last word from Joe Zwilling at the communications office of the archdiocese is no case is being pursued or asked for to have Miqueli defrocked, or laicized, in Church-speak. Additionally, investigations by the Manhattan D.A.'s office and the Bronx D.A.'s office seem to have been quietly shunted aside and dropped.

One woman, who has been keeping thousands of pages of records on all this and continues to pursue it relentlessly, is the former girlfriend of Miqueli's male prostitute, Tatyana Gudin. She believes the archdiocese has brought quiet pressure to bear on police and criminal investigations through well-placed contacts to quell any investigations because of the embarrassment and scandal it will further cause.

When news of all this was broken in the Catholic media world by Church Militant more than a year ago, we were contacted by the New York Post for a follow-up story. He was interested — not so much interested in the sex scandal part of it — as he was in the cover-up by archdiocesan officials Vicar General Gregory Mustociuolo and others in the chancery.

After three separate interviews with much detail, the reporter told us the story would likely be published on the following Sunday on the front page. The story never ran. And our calls of inquiry went unanswered by the same reporter who had been on the phone with us the following week multiple times.

We also were contacted about our story involving Fr. Gary Mead, a homosexual priest who had been arrested after groping an undercover state trooper in a rest stop sting. Mead was sent into the ecclesiastical desert for a period before suddenly reappearing on the scene, not demoted, but actually promoted to head of the archdiocese's Instructional Television, located on the grounds of St. Joseph's Seminary in the Dunwoodie neighborhood of Yonkers. The busted priest took lunch in the seminary cafeteria among the young, unsuspecting seminarians virtually every day.

Despite the New York Post reporter's efforts to get behind that story, it too was suddenly and without any notice just dropped. A source in the archdiocese suggested that Dolan and his chancery were behind the two stories being dropped, using their influence with senior and upper management at News Corp, which owns the Post.

Two stories about explosive topics for which the fact basis abounded that had been researched by reporters for many hours suddenly dropped in quick succession with no explanation.

What did men like Peter Miqueli, whose case still remains in limbo going on two years later, Gary Mead, who got promoted after being arrested in a sex sting in a highway rest stop, and Michael Hull, who reports strongly suggest made off with huge sums of money and became an apostate after being the archdiocesan golden boy — what did all these men have in common? Easy answer.

Multiple sources in the archdiocese point to current Vicar General Greg Mustaciuolo, who is credited with being the real power in the archdiocese, not Cdl. Dolan. But that raises the question of how is that possible? How could a monsignor outrank a cardinal in power and influence?

That answer is revealed in the person of Cdl. Edwin O'Brien, the rector of St. Joseph's Seminary when Mustaciouolo and Miqueli were seminarians. Various sources say that O'Brien, who was very angry that Dolan was named archbishop of New York as opposed to him, is the controlling and protecting agent behind a homosexual clique that runs New York, and that Dolan wants nothing to do with.

Tatyana Gudin, the girlfriend of Miqueli's pay-for-gay prostitute Keith Crist, tells Church Militant that Crist and Miqueli traded to Rome and stayed with O'Brien at his Rome apartment during a layover to the Holy Land. Additionally, Crist, a buffed-up bodybuilder who was having paid sex with Miqueli, would pick up Cdl. O'Brien during his various trips to New York and ferry him around.

Crist was present at numerous dinners over the years in New York between Cdl. O'Brien and Miqueli and Mustaciuolo. So close did Crist feel he was to O'Brien that he even threatened a priest he did not like in front of various witnesses that he would have O'Brien deal with him.

All of this raises an enormous number of questions. How does a male gay-for-pay prostitute gain that much continuing access to a cardinal? Why is the vicar general of the archdiocese of New York so tightly wedded to all this? Why has Peter Miqueli not been kicked out of the priesthood already? Why has the archdiocese fallen completely quiet on all this, refusing to answer any questions?

Why have stories with a bevy of facts suddenly been dropped by the New York Post whose leadership has close ties to Cdl. Dolan? Why have there been no criminal charges brought against Miqueli for what are clear indications of embezzlement in not just one but two district attorneys' offices?

The answer according to a multiplicity of sources here in New York is simple: A homosexual network that protects itself and threatens others runs the entire operation here in New York, and Cdl. Dolan has no desire to try and tame the gay tiger because he doesn't want to rock the boat and threaten any chances of an eventual cushy job in Rome. That's what large numbers of his priests are saying quietly in open conversations, and as long as this state of affairs remains the case, nothing will change in New York.

Why does all this matter? Because as long as a gay network controls the operations, the faithful are deprived of the Faith, seminarians are not being dealt with truthfully, and the downward spiral of the archdiocese will continue.

One priest told us Dolan has two options — change or leave. The status quo is too destructive. If anything reported here is not true, then we invite the archdiocese to enter into dialogue and point it out. Answer these questions: Why has Peter Miqueli not been laicized, and why will you not inform the faithful as to the status of the case?

Why have you remained completely mum on the mystery surrounding former Msgr. Michael Hull, who reportedly left the archdiocese and the priesthood and the Catholic faith with bags of money and a heavily rumored-about inappropriate relationship with the vicar general?

Why was Fr. Gary Mead not sent off never to be heard from again, instead of being promoted within the archdiocese and left to associate with young seminarians?

And lastly, what influence does Cdl. Edwin O'Brien still exercise through the proxy of priests that were his darlings in the seminary and who now share his company with a gay-for-pay prostitute?

These things cannot lay hidden for ever. They will come out — in this life or the next. 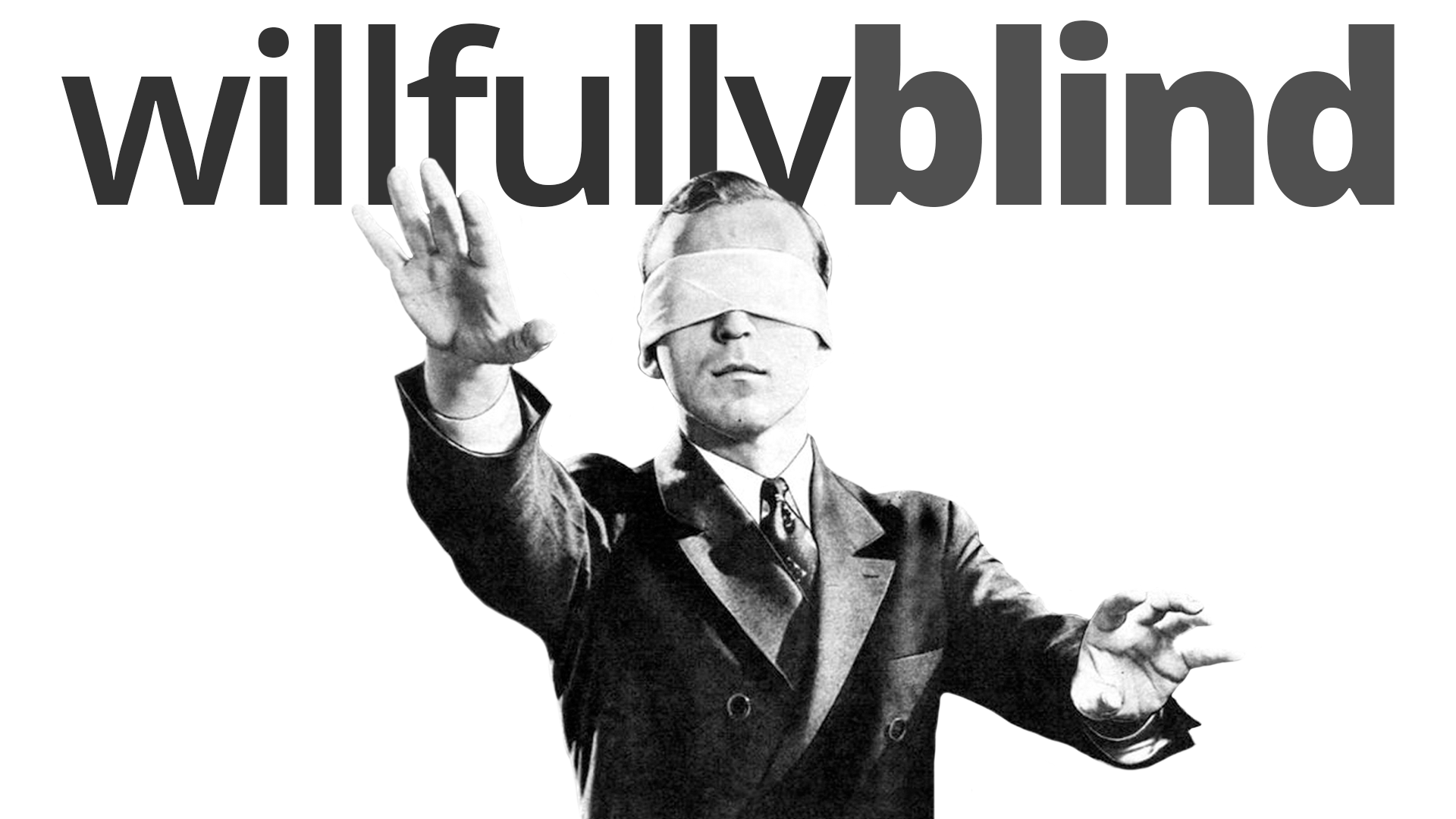 Willfully Blind
There are none so blind as will not see.