Time to catch it, Catholics.

The political season has heated up in advance of its usual Labor Day kick off because of the nomination of Supreme Court nominee and Catholic Brett Kavanaugh. The thought that the Court could — and more than likely will — take a decided turn to the right has the Left losing their minds, and to be very frank, there's not a lot they can do about it.

It's why what is usually a sleepy summer before a normally subdued midterm election has suddenly become practically bloodsport. Imagine what 2020 will look like if a midterm election looks like this.

Political pundits keep carping about a "blue wave" — or a "blue trickle" — about a "red wall" holding the line in both the House and advancing in the Senate. Time will tell — as of today, only 103 days to go.

But this gets into some pretty tricky stuff. The word "Catholic" has a bunch of different meanings, even among Catholics. When a person is asked by a pollster, "Do you identify as Catholic?" that's immediately problematic.

What if they are baptized Catholic but no longer have anything to do with the Church? What do they answer that the pollster then marks down? What if they just go to Mass every now and then, meaning three or four times a year? Are they "Catholic" by political polling standards? And then — as of late, owing to immigration — another distinction arises between "white Catholics" who overwhelmingly voted for Trump vs. "Hispanic Catholics" who overwhelming voted for Hillary.

But even in the Hillary count of Hispanic Catholics, there are troublesome signs for Democrats. While she carried a majority, it was definitely less of a majority than Obama got — somewhere around six to eight points less — let's call it seven points less. In the right areas of the country, depending on how that was distributed, coupled with about 60 percent of white Catholics voting for Trump, the so-called Catholic vote looks like it may have been what sunk Hillary.

When you look deeply at the margin of Trump's win in the so-called "blue wall" states of Pennsylvania, Michigan and Wisconsin, something very interesting jumps out. First, those three states have a total of 46 Electoral College votes, and if you subtract their collective 46 votes from Trump's total electoral college vote of 306, he comes up 10 electoral college votes short — 260, not the 270 — and, therefore, Hillary wins.

Here in Michigan, Trump won by just 11,000 votes, which could easily be accounted for by the above the national average number of Catholics. Those few Catholics gave Trump Michigan's 16 electoral votes — same story in Wisconsin as well as Pennsylvania. The total margin of victory in those three states was 80,000 votes. And again, given the above-average number of Catholic voters in those three states, at a bare minimum, the Catholic wave has to be considered as at least one of the major reasons it's now President Trump and not President Hillary.

And, while speaking of a Catholic wave, we can't forget that much of the behind-the-scenes work of grabbing the courts back from the atheist liberals who ignore the Constitution and make stuff up is being orchestrated by smart and faithful Catholics — same goes for the pro-life movement which has been a largely Catholic-led movement with the March for Life, 40 Days for Life, Sidewalk Counseling and Rosary Crusades at abortuaries.

Some members of the Left have recognized all this reality and have been communicating behind the scenes, as we saw in the John Podesta Wikileaks email revelations during the 2016 campaign. They've also been writing about it the traditional liberal rags, and the reality is even finding its way into the open on Capitol Hill as we saw when Dianne Feinstein went after Amy Coney Barrett about her Catholicism.

Satan must be out of his mind with rage over all this. After all the destruction and damage and filth he has managed to rain down on the Church through many members of the clergy, here are faithful Catholics, under the mantle of the Queen of Heaven, poised to blaze a path back to morality for the nation.

We don't need to wait for a Catholic wave, it's already developing and gathering force. All we have to do is catch the wave. That means, first, praying for the country and its leadership that justice and truth be the guiding force of leaders.

Secondly, it means staying plugged in on all of this. These are momentous times and with very few exceptions — sitting on the sidelines simply isn't an option.

Thirdly, it means getting out and voting according to the realities of Natural Law, divinely revealed truths and solid moral grounding. A country which abandons objective morality is doomed.

Take a moment and reflect on all this. Despite the epic failure of bishops in America to lead and teach for the past half-century, somehow it is solid Catholics who may be leading the way for America — and that's incredible. That's the Catholic wave. 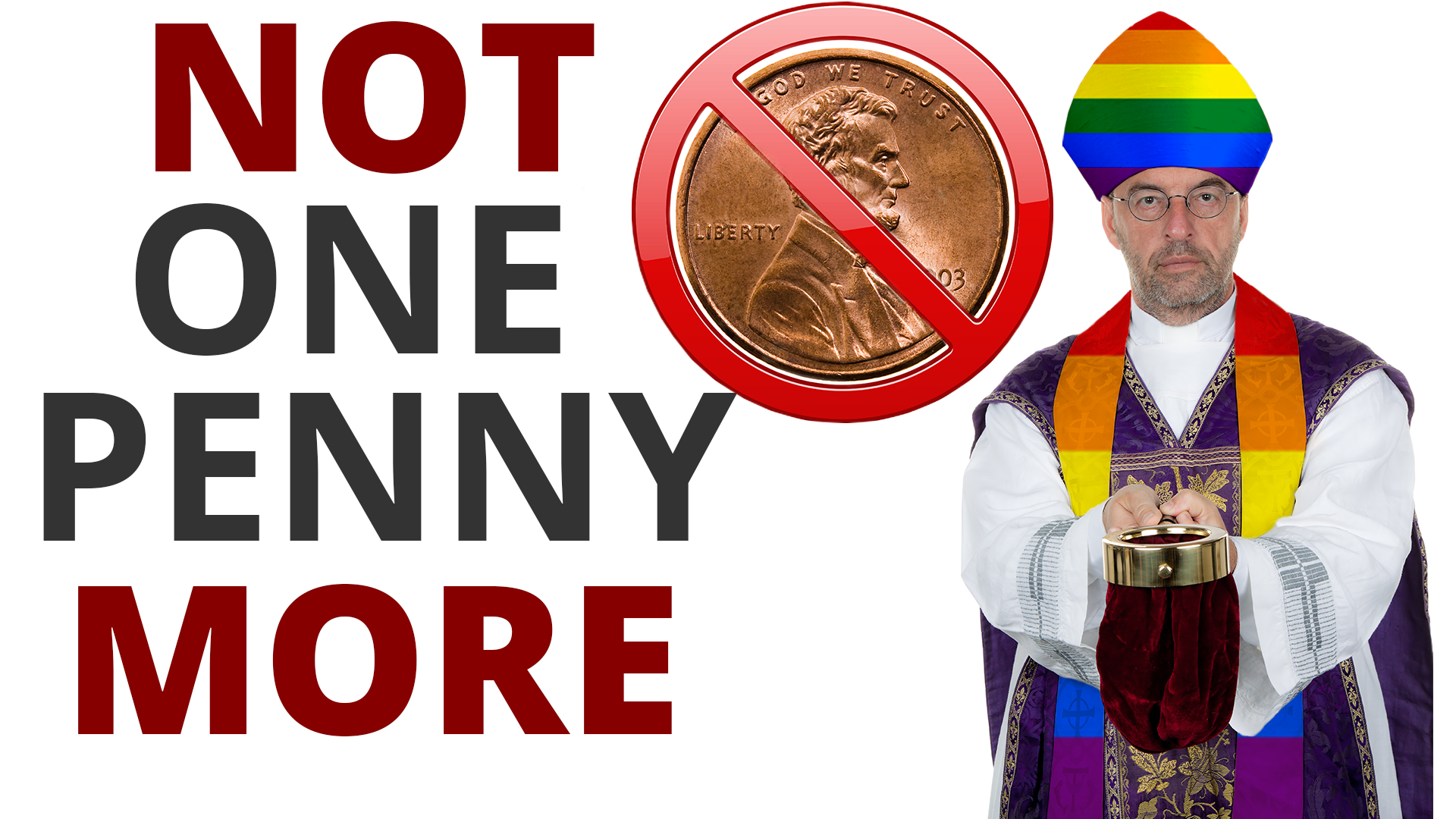 Not One Penny More
That's IT! No more enabling.