A Church in Crisis

It needs to be brought to an end.

As 2021 gets into gear, what we have learned from the carnage of 2020 is that there are two major worldviews, and they have nothing to do with each other.

But what had managed to remain hidden for the most part prior to 2020 is that they both use the same labels and vocabulary; they each claim to be American or Catholic, but, in reality, they are deeply opposed to each other.

Marxist Democrats do not profess American values. Nor do dissident clergy and laity profess the Catholic faith. Leaving aside the parallel between nation and Church, and focusing exclusively on the Church, what this has caused is a crisis in the Church.

Marxist Democrats do not profess American values. Nor do dissident clergy and laity profess the Catholic faith.

In practice, there are two churches operating under the same banner, just as there are two Americas operating in one nation. In the religious realm, one of the churches denies scriptural truths, perverts morality and distorts doctrine. This "church" talks about social justice but denies the justice of God, and, we should add, they are very good at all of that.

This Sunday, on our weekly Mic'd Up program, returning from the carnage of the campaign and election coverage, we'll be looking at this issue of a Church in crisis from a man most would perhaps not suspect would be sounding the alarm. Dr. Ralph Martin is on the faculty of the archdiocese of Detroit's Sacred Heart Major Seminary and has seen much of the crisis unfold, up close and personal.

That problem is that the division within the Church, which has now erupted into full view, is not only within the ranks of the bishops but has descended down to the level of parishes and even the pews. In most Catholic parishes across the nation (and likely the world) chances are if you are a Catholic who believes and holds all that the Church teaches, neither person sitting beside you does.

Most do not believe in the Real Presence. Most do not accept even a smidgeon of the Church's teaching with regard to sexual morality. The devotional life has become essentially meaningless to almost all Catholics (including the bishops), demonstrated time and time again by the permission they grant for abuses in liturgy and the immorality among their staffs and chancery workers.

Martin opines that the greatest threat to the Faith comes not from any of those issues per se, but from the acceptance of universalism — the idea that everyone is saved or that so few are actually damned or even in danger of being damned that the entire teaching is rendered pointless.

Mic'd Up, normally a premium program, will be free this week and available anytime on the site from 10 a.m. ET on Sunday.

Bishop Robert Barron may be the torchbearer for that thinking with his anti-Catholic position that we have a reasonable hope that all men are saved. But by their failure to correct him and restate perennial Church teaching, his fellow bishops allow that wicked thought to grow. While Martin is certainly not the first in the Church to become more vocal about the crisis — Church Militant was sounding the same alarm more than a dozen years ago — Martin does have a word of caution for the shepherds in the Church.

Mic'd Up, normally a premium program, will be free this week and available anytime on the site from 10 a.m. ET on Sunday. Much has happened in the world since the last Mic'd Up episode we aired; we've sunk into the beginnings of a communist tyranny let loose on the world. The only effective weapon against this evil, indeed, all evil, is the Catholic Church, imbued with Divine power to defeat that evil and present the path to Heaven.

But a Church in crisis — divided — becomes neutered against the evil, paralyzed and unable to fight. Until the crisis in the episcopacy is ended, the crisis in the Church, with its heavy toll on humanity, will continue.

Tune in this Sunday at 10 a.m. ET (and anytime following) to really begin to understand the nature of the crisis and what can be done moving forward. 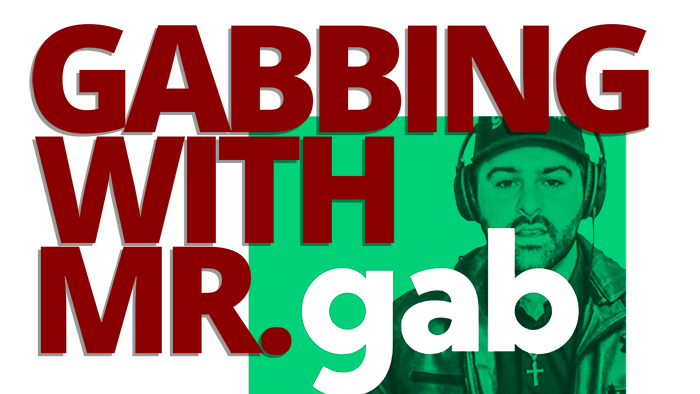 Gabbing With Mr. Gab
It's about communication.