A Cloud of Witnesses

They really do surround us.

One of the most wonderful things about being Catholic is that we are bound up in the Communion of Saints — that endless relationship between those of us here on earth in the Church Militant and those who died in the Faith and are now in either the Church Suffering in Purgatory or in the Church Triumphant beholding the Beatific Vision. The Letter to the Hebrews even references this beauty of the Faith when it says we are surrounded by a "great cloud of witnesses."

What this means for us is that death, as horrible as it is for those of us left behind, is able to be conquered, to be penetrated. For those bound up in God, loves conquers because God is Love. While we know this intellectually, sometimes, Our Blessed Lord and Our Blessed Lady grant the grace of us knowing this experientially in addition to just intellectually.

It's easy in the immediate aftermath of death to undergo the horrible and disturbing temptation that you will really never see your loved one again. That this life is it, and when someone you love dies,  that's it. This is one of the chief lies of the world. I was assailed by this temptation when my mother died almost 14 years ago. It kept troubling me and disturbing me for a few weeks and required a great deal of spiritual resistance.

As my father's death began to loom larger last month, one of the things I dreaded was the potential return of this horrible temptation. I kept shoving it out of my conscious mind as much as I could, but it was always looming in there, deep in the recesses. I didn't have to confront it head on as long as I could still hang with dad and chat with him and tickle his feet and tease him and tell him "Good night Dad," each night. But in those last few days, I could feel it beginning to make its presence known, again. I was afraid I would be especially vulnerable to it this time because of the feeling of being alone. With my father's death, I am the last surviving member of my immediate family. My brother died suddenly 15 years ago. Then, my mother 10 months after him. All that was left was my dad and me, so I was especially dreading his death.

One day in his last couple of weeks, he said something to me very important. He said, "Michael after I'm gone, I'll be able to be with you much more than I ever was here on earth." It was the exact thing my mother had said to me a few days before she died. How I was secretly clinging to that truth — to know and feel that he would be with me more when he died in a way he could not be while bound to earth with its limits of time and space.

Shortly after he died, one of the staff here came up to me and told me the most remarkable jarring story. She told me that the night my father died, her little six-year-old daughter suddenly came up to her and said, "Mommy, we have to pray for Michael Voris' father." To which she replied, "What do you want to pray?" "An Eternal Rest" came the reply. Mom was surprised and asked, "Why an Eternal Rest?" And her little daughter answered, "Because he just died." Mom asked, "How do you know that?" And her daughter responded she didn't know. So, they prayed an "Eternal Rest" for my dad. Five minutes later, mom got the first word via email from Simon who was with us at the hospital that my dad had died 30 minutes earlier. When she told me about this, it hit so hard, I couldn't really respond. It was overwhelming in a paralyzing way — a good paralysis. It kept playing over in my mind.

After the funeral, some dear friends here accompanied me on the trip back to New York to bury my dad alongside my mom. Some Church Militant supporters were also on hand, being kind to come to the cemetery, some of whom I'd never met before. God bless you all. Thank you.

Once I returned, I was in my dad's room; he lived with me and I was beginning to go through some of the stuff on his desk. In a big pile of office supplies — not sure what this was all about, but he had enough pens and highlighters and paper clips and staple removers to open up an office supply store — in that big pile, I reached my hand in and pulled out a post-it note.

Here is a picture of it. Spelled out twice in his handwriting were the words, "I am with you. I am with you," precisely what he had told me weeks before he died. The combination of that post-it note, along with the little girl's knowledge and message to her mom of his death before anyone had been told, has left me almost speechless. In fact, I deliberately have not made this public beyond just folks at the studio and a few close friends until now because it seemed so intimate that to tell a bunch of people felt like it might dilute it somehow. Kind of a dumb way of looking at it, but you don't always think correctly in the immediate aftermath of death.

I share this now to help shore up your faith to help you know and believe that there is life after death,  that love does conquer the grave, that those who die in the embrace of Our Blessed Mother in a state of grace are never far from us, that they are in the glow of the glory of God and beseech our Heavenly Father in all earnestness to bring us safely home to be with them.

My father loved his Catholic faith, living in gratitude for the great gift of entering the Church in his 20's, 60 years earlier. Now, he has joined that great cloud of witnesses and is with me more than he ever was here on earth — just as my mom is. See, this is what we fight for here on earth, in the Church Militant. We fight for every soul we can reach to ensure that they, we, are all one day also in that great cloud of witnesses.

My dad evangelized everyone he met, every chance he got. And that has not stopped with his death. He is now able to do that work in ways he never could here on earth. Fight the good fight, all of us. Fight for the souls of your children, your parents, your siblings, your friends. Do not let the spiritual insanity that seems to be everywhere advance. Go on the attack against it. Give it no quarter, no rest. Do not let it deprive the souls of your loved ones these glorious truths, these awe-filled realities. Stay close the Church — deepen your faith or if you are not yet Catholic, convert.

These are the only things that matter. Fight the good fight, so one day we will each be able to pierce the veil of death, immersed in the great cloud of witnesses and comfort our loved ones still here on earth and strengthen them in whatever way Our Lord permits or commands to let them know, "I am with you." 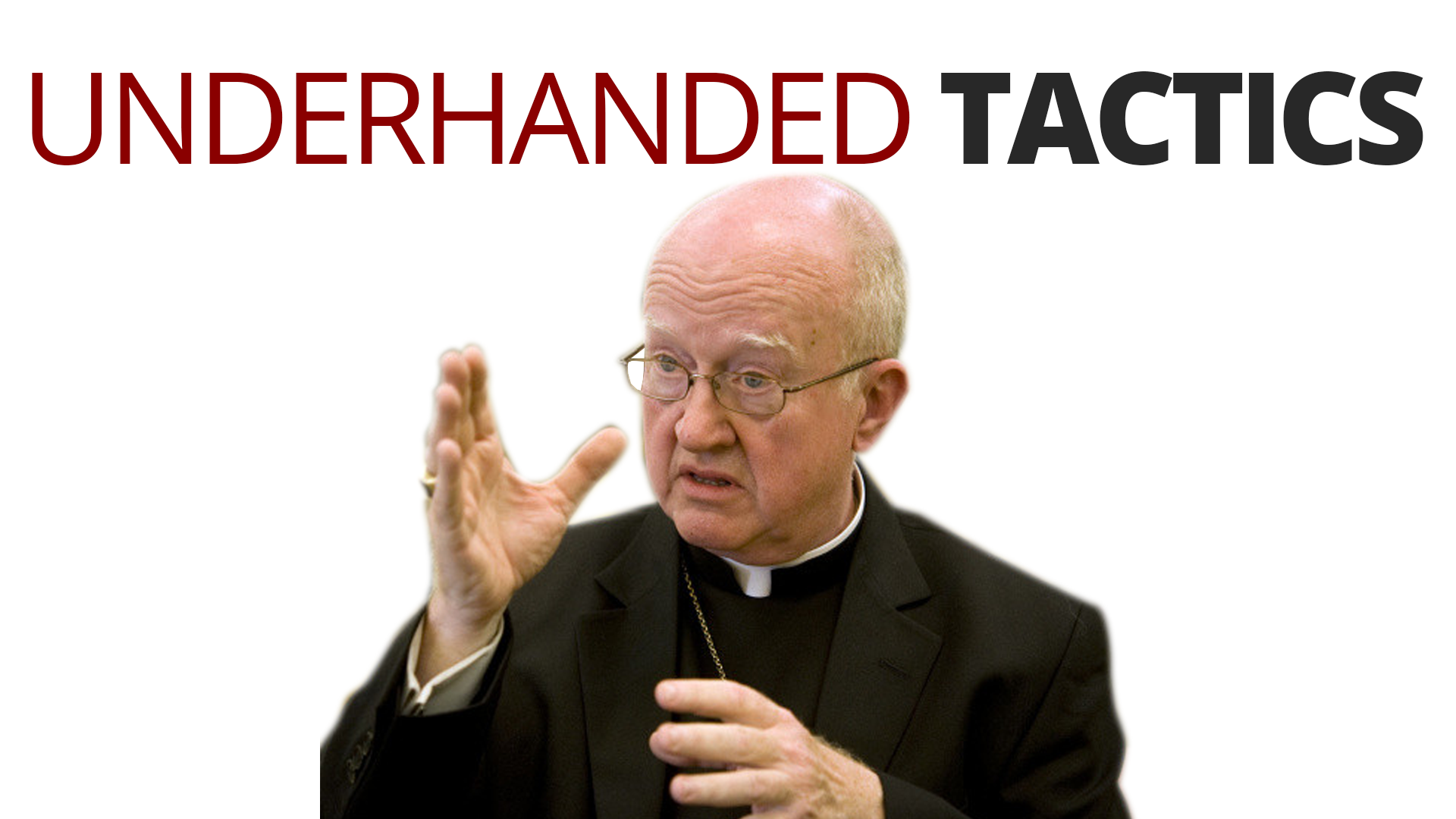