A Plan of Battle

There is no such thing as half-truth.

What faithful Catholics have been lacking for decades is an effective strategy for resisting the rebellion in the Church. There is much to be said about this, from individual personality dispositions to an unwillingness to fully grasp or accept the degree that evil has been set loose in the Church, to the recognition that much of the evil that has seized hold of the culture is owing to Catholics who have failed in our mission to the world.

We are called by Our Blessed Lord Himself the light of the world. Yet the world is awash in darkness. The rebellion that has been whipped up in the Church by the diabolical must be admitted by leaders. Their individual complicity in the spreading of this evil and fomenting of the rebellion by their own sins of omission must be confessed publicly by them and understood by the laity.

It isn't enough — not any longer — to simply accentuate the positive. Not good enough. The positive is directly related to the negative that is going on in the Church. Here's a good example.

Leaders (understandably, given fallen human nature) are content to simply talk about the good, emphasize the positive, as in, for example, "Let's talk about how comforting the Faith is, what it means to me."

Okay, fine. But one of the comforts of the Faith, one of its premier attributes, is that it is the One True Faith. One of the comforts, the glories of the Catholic faith is that it alone was established by Almighty God for the salvation of souls, and outside of this Church salvation is not possible. But when you speak in those terms, there immediately comes along what many in the Church consider a negative, that other religions are deficient in some ways.

Yes, they are. And speaking like that brings this truth to consciousness, and since so few in the Church wants to undergo the backlash that speaking like that will inevitably bring, they simply truncate the thought and downplay the glory of the Church. And who wants to belong to a Church whose leaders cannot or will not support fully?

The Catholic Church is the light, and when the light is present, the darkness scatters. But scattering the darkness involves blowback and sacrifice and conflict, so leaders have compromised and appeased and accommodated, trying to strike an impossible balance between light and dark. Not possible. There is no "in between." There is either light or there is not.

There's one of those extremely uncomfortable philosophical principles that has to be accepted: a thing is or it is not. There is either light or there is not. And if there is light, then it has the automatic effect, by definition, of warring against darkness. It is not enough, it is a failed battle plan on the part of many bishops, to try and soft-sell the Church by just talking nicely about it. That undermines Christ Himself by making it appear that the Church is not necessary — and She is necessary — and that must be declared.

It's almost as if some leaders are trying to trick people into the Church, wanting to avoid discussion of what they consider the "fine print." Nope. Shout it from the rooftops.

Be like St. Peter on Pentecost Sunday when he flung the door open and declared fullthroatedly the fullness of the truth. "And that day 3,000 were added to their number."

The time has long since passed where mild speech is acceptable — if there ever was a time. We have to begin to talk about Hell and sin and the devil, the very things that Our Lord Himself spoke more about than anything else. Forget what Church Militant says. Forget about what we say in "The Vortex." Listen to what Our Lord said: He spoke about Hell and sin and the devil more than anything else.

There is no substitute for speaking the whole truth. It is, in fact, a command. "Teach them to observe everything I have commanded you." 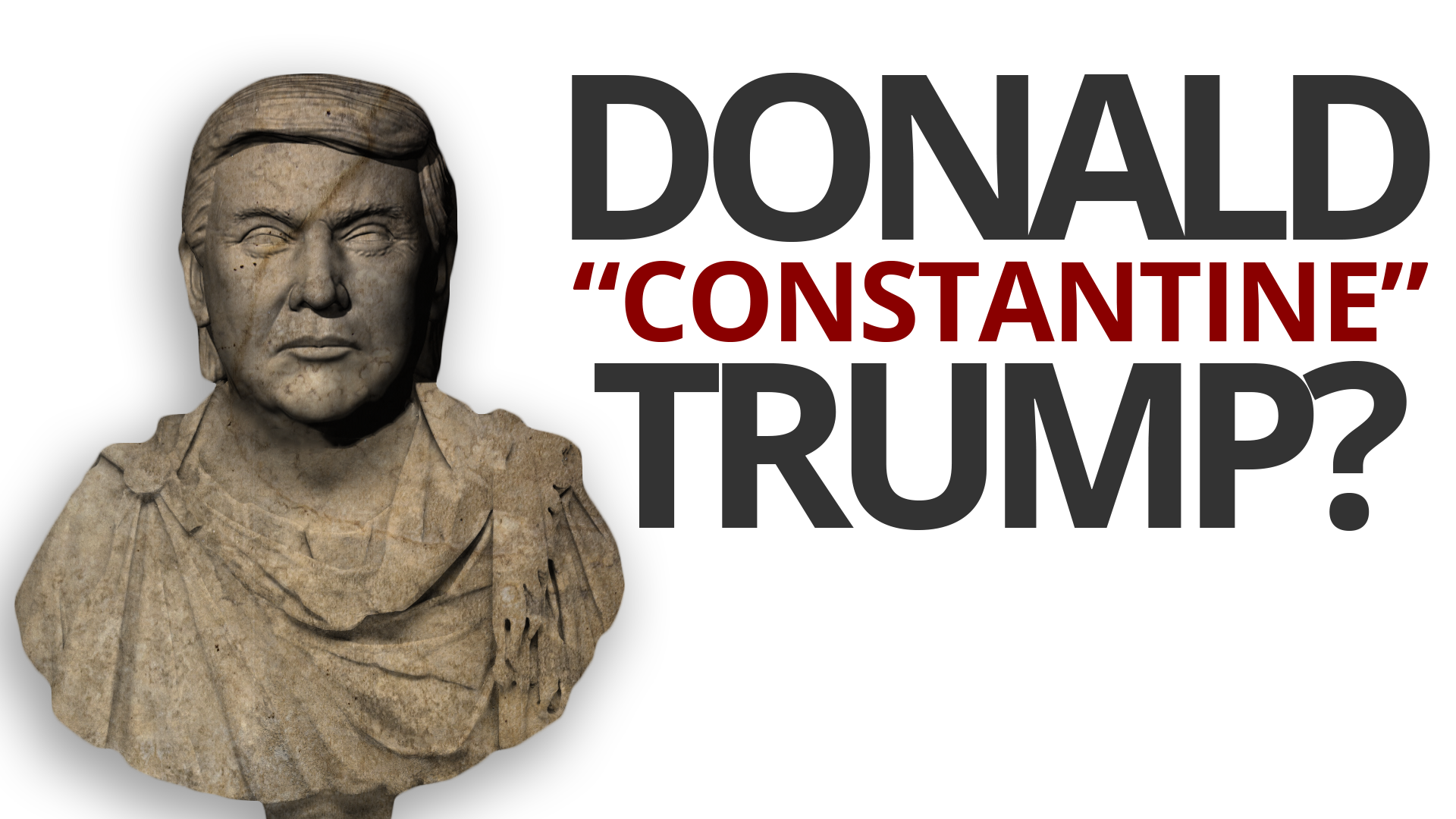 Donald ‘Constantine’ Trump?
Could Heaven be intervening directly in the election?