A Real Piece of Work

The degree of sneakiness and duplicity and cowardice and just plain old overall mean-girl approach exhibited by Abp. Allen Vigneron in Detroit is astounding. Not only does he lack any measurable degree of strength by dispatching his underlings to do his dirty work, but he's the one sitting behind the scenes making the balls while others throw them. Real men don't operate like this.

The latest is his threat to a lay group here in Detroit that organizes the annual conference, "Call to Holiness."

It is strictly a lay group with a priest from the archdiocese of Detroit on the board just to "make nice." The archbishop doesn't get to decide anything about what this independent group does. But when word got around that Fr. James Altman was the guest speaker at the upcoming conference, Vigneron went into high gear — behind the scenes, of course.

He sent his auxiliary bishop (José Arturo Cepeda) to the group via a Zoom call and ordered him to tell the people that Vigneron didn't approve of Fr. Altman — that he had concerns. A copy of the call was smuggled to Church Militant, much to Vigneron's displeasure.

And this is how the modernist hierarchy plays it. They are never specific about anything.

It's funny that when the auxiliary bishop was asked by one of the Call to Holiness board members precisely what was divisive about Fr. Altman (which is specifically what Vigneron is accusing Fr. Altman of being), Bp. Cepeda punted. And this is how the modernist hierarchy plays it. They are never specific about anything. They are deliberately vague, using their authority to just shut something down, which is little else than abuse of their authority.

Here is a little history to better understand how completely out of bounds Vigneron is:

So get the picture: It was Call to Holiness vs. Call to Action. The white hats vs. the black hats. Good guys vs. bad guys.

The speakers who would come to Call to Holiness announced the truth of Catholicism, year after year. But Vigneron made approaches and appeared to be supportive of Call to Holiness, and the group, a few years ago, controversially actually had him as a speaker.

Many accused the group of forgetting its mission and abandoning its roots of opposing evil in the Church and spreading the truth. What was important, the rationale went, was to make peace with the archbishop and the archdiocese and to reconcile, have dialogue, work together.

That kind of soured, however, when Vigneron attacked Fr. Eduard Perrone (who was heavily involved in Call to Holiness for years) and let his attack dog Msgr. Michael Bugarin falsely accuse Fr. Perrone of sodomizing a teenager 40 years ago. Vigneron and Bugarin got egg on their face when the Vatican dismissed the case as groundless. And now they've adopted a scorched-earth policy. They trumped up new charges against Perrone and have kept him on ice.

Meanwhile, Vigneron has the gall to send one of his bagmen to the lay group to say, "The archbishop would be displeased if Fr. Altman were to speak. Uninvite him."

Frankly, who gives a care what this duplicitous archbishop thinks? He's never supported this group. He has only offered overtures to it as a means to get inside it and thus control it by neutralizing it. He continues to suppress the authentic Faith and any expression of it at every turn. He was brought up in the Church in its homosexual heydays. Many of his "buddies" and relationships are with homosexual or pro-homosexual operatives.

He went to seminary with them, later ran the seminary with them; has appointed them as pastors; promoted them within the chancery; looked the other way when their actions have come to light; punished good priests who expose it; punished other good priests who are committed to the authentic Faith and so forth. Vigneron even knew his music director was an active homosexual and living with his lover for 15 years and did not a thing about it (until Church Militant exposed it all through a secret video).

Why would any well-meaning Catholic want to take instructions from this man, especially well-meaning Catholics who are trying to bring the truth to other uninformed Catholics? Vigneron has no business sticking his nose in this affair. It's none of his business. It's a lay group, and they get to decide who comes to speak and who doesn't.

If they want to play nice with him for some imagined reason of "getting along," then they can go back to their boardroom and do a gut check on their mission and reason for existence. But that's their call — not Vigneron's.

Against massive counsel from his own insiders, Vigneron took millions in PPP money and still laid off staff. He's sitting on hundreds of millions of endowment money and yet tries to gin up a couple hundred million more. He has constructed a phony plan to reduce the effective number of parishes in his archdiocese from 200 to 50 in the next two years or so, and his plan, Church Militant has learned, is being fought in Rome by his own priests because it violates canon law.

He welcomed with open arms his old buddy — the accused homosexual archbishop John Nienstedt (who used to run the seminary with him) — back to Detroit, and he parades this disgraced archbishop right up the aisle of the seminary chapel.

And now, so he can check another box on his "I want to be president of the USCCB" application, he quietly works to get Fr. Altman disinvited to a conference he has absolutely no control over.

Vigneron has no business sticking his nose in this affair. It's none of his business.

And Church Militant has it all on video, busting him yet again. What must that "application form" to be president of the U.S. hierarchy look like, we wonder? Here's how we see the checklist:

Yet, here in Detroit, there still remain soft-minded Catholics who fall for his facade and see him as simply manipulated by dark chancery forces and agendas. Well, Vigneron is the dark chancery force. And here is yet more video proof.

Vigneron has been here 13 years as archbishop and only has two years left. And yet, here he is, in his twilight, trying to get Fr. Altman canceled. Wake up. 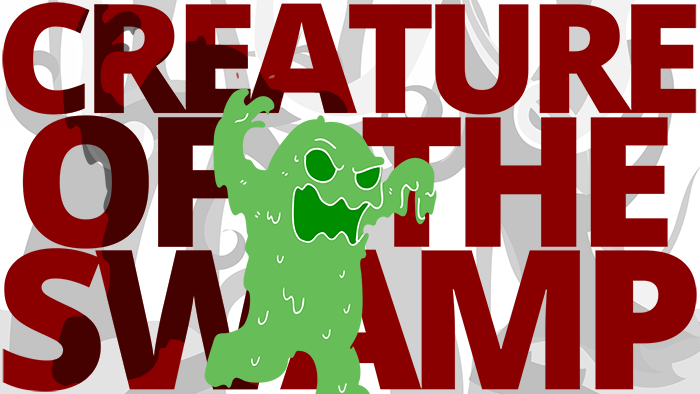 Creature of the Swamp
Like so many of them.