Catholic leaders need to speak up about campaign and election honesty.

Hillary and her fellow friends at the Party of Death are making great accusatory claims about Donald Trump, saying he withholds judgment about the election outcome owing to the possibility that it is rigged.

Well, first of all, it is rigged  — not perhaps in the conventional way most people think of when they think of rigging an election, which includes voter fraud, voter intimidation, secret disposing of select ballots, overreporting the count, underreporting the counts and actually fraudulently tabulating the vote and so forth, right up to various dead people voting.

No. The type of rigging we should focus on has occurred on a much earlier and much deeper level. It's the candidate herself, the conspiracy to cover up her crimes and the willful participation among various media to hide all this from the public. That goes way beyond a dead guy voting a few times in various precincts. This is an institutional rigging that calls into question the very structure of the process and the designed outcome.

Killary and her allies even rigged their own primary process to ensure that she won, ensuring Bernie Sanders never had a fighting chance. Who on earth would be stupid enough to discount that they wouldn't try the exact same thing in the general election?

Why should this kind of discussion be banned, as Killary is stumping around battleground states saying? It's amazing that everything she actually does in secret she accuses her opponents of doing, even when they are not.

This woman is guilty of lying to Congress, which is called perjury. She is guilty of colluding with the State Department, which she used to run, to cover up her illegal — remember it was illegal— email server. She disposed of 33,000 emails which were under subpoena; that's called destroying evidence. She got special treatment from the FBI that no other American could ever pray to receive. The Department of Justice colluded with her husband in the back of a private plane tucked away in a quiet area of a Phoenix runway, just a couple days before the announcement that no criminal charges would be pursued.

She has accepted hundreds of millions of dollars to her and Bill's sham Clinton Foundation in a pay-for-play scenario that would make old-time Chicago mob bosses blush with shame — or envy. On top of all this, the media have conspired with the Clintonistas to such a level that goes beyond unethical.

Why does all this matter, beyond the obvious? From a Catholic perspective, this woman is now officially on the unofficial record of hating the Catholic Church, as the WikiLeaks emails reveal.

The question here is very simple: Why would the American hierarchy not be publicly asking the same question that tens of millions of everyday normal folks are asking about an anti-Catholic, evil-minded politician cheating her way into office with an anti-Catholic agenda? Catholic teaching says that Catholics have a duty — hear that word — a duty to participate in the public life of the nation.

If Catholics in general have that duty, how much more a duty do Catholic leaders have to participate in public life and the common good? Is it not a matter of concern to Catholic bishops that this anti-Catholic woman is cheating her way into the White House? Bishops have no compunction about speaking out about immigration and phony man-made climate change; they never stop prattling on about those issues, in fact.

And their reasoning is the common good, the common good of the nation. Doesn't he specter of a candidate cheating, colluding and conspiring her way into the White House raise any questions in the minds of bishops about the common good? Imagine the nightmare scenario that huge numbers of Americans simply refuse to accept the results of the campaign because they believe the election was not honest. It's fine for Killary to stomp around and say that refusing to accept election results threatens the very foundations of democracy, but not as much as running a campaign that cheats its way to victory.

Collusion between the White House, the State Department, the FBI, the Department of Justice and the Clinton campaign and a policy of cover-up, deflection and attempts to suppress Trump supporter turnout on the part of the national media seems to threaten the foundations of democracy a lot more. In fact, such actions are the very definitions of attacking the foundations of democracy. The acceptance of election results is based on the a priori assumption that the election was honest to begin with.

None of these things being talked about are speculation. They are facts. And facts relate and correspond to truth — fairness, justice, honesty, truth. These are all  extraordinarily Catholic virtues and they need to be respected. They clearly are not respected by the only anti-Catholic candidate in the race.

It's time for Catholic leaders to speak up about campaign honesty with at least the same vigor they do immigration and fake climate change. 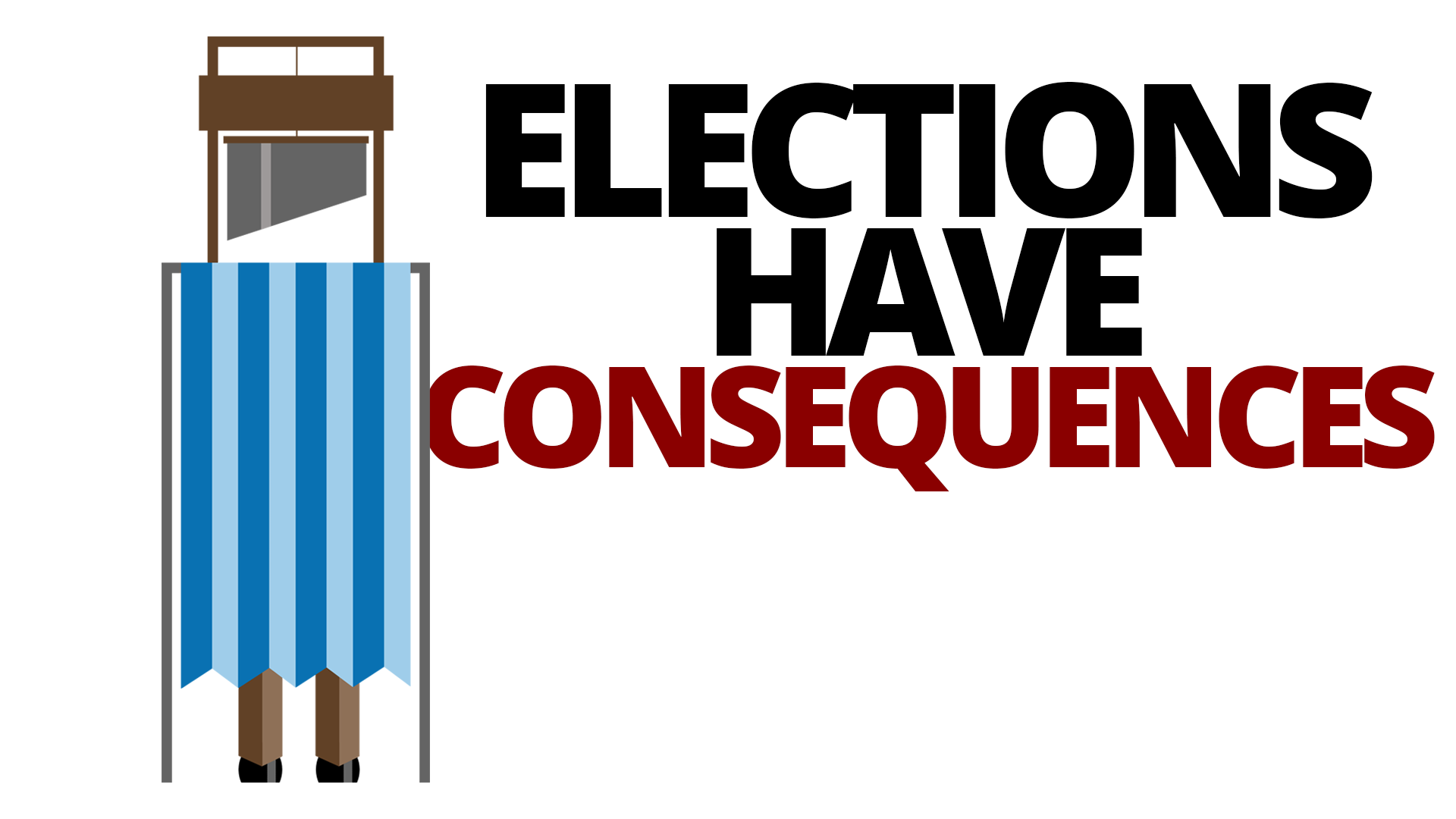 Elections Have Consequences
Say it like it is — die in sin and go to Hell.